So, I’ve spent a few days getting started with Wii Fit U and I’m here to share my thoughts thus far. There’s a lot to talk about here and since I’ll be making several posts over the coming months I’m going to use this first post to share my initial thoughts.

The full Wii Fit U package includes the following: The game itself, the Balance Board accessory, and the Fit Meter accessory. I’m going to take a moment to discuss these.

The balance board is really the core of the Wii Fit experience. It debuted with the original Wii Fit and is still around for Wii Fit U. Essentially, the Balance Board is a flat platform that serves a number of purposes. It’s a scale as well as a pressure sensitive “controller”. Nearly all of the Wii Fit games and activities make use of the accessory.  The Fit Meter is an optional accessory. The meter is a very basic pedometer that keeps tracks of steps. It features an IR sensor that communicates with the Wii U game pad. Data collected by the Fit Meter can then be transferred into Wii Fit U. This allows you to track steps and calories burned when you’re not actually playing the game itself. 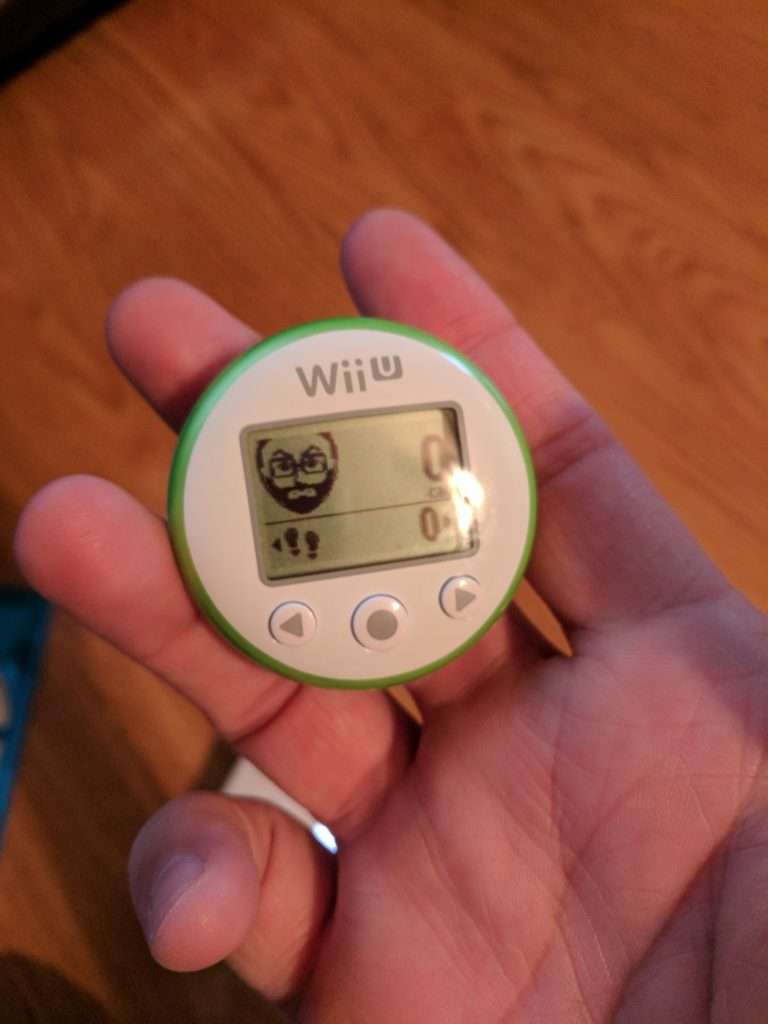 The game itself requires a small installation footprint on the Wii U, followed by an update. There are also optional components that you can install the Wii U itself if you choose. But this is not necessary.  Upon starting the game for the first time, you’ll be prompted to create a new Wii Fit U data file. This is linked to your Nintendo ID/Mii. Next, you’ll be asked to perform a “Body Test”. During this process, the game will ask you some basic questions about yourself and then take your weight. Finally, the system will then provide you with your “Wii Fit Age”. For example, you might be 20 years old in real life, but based on your weight and other factors, the game may declare that you have the body of a thirty year old. – The results here, can be brutally honest. For me, the game wasted no time letting my know that I was “obese”.

Wii Fit U then takes a snapshot of this information and even asks you to take a selfie. The information is dated and recorded into your data file.  Over time, the game will routinely prompt you to retake the body test, at which time a new picture and data snapshot is recorded. This allows you to monitor your progress over time. 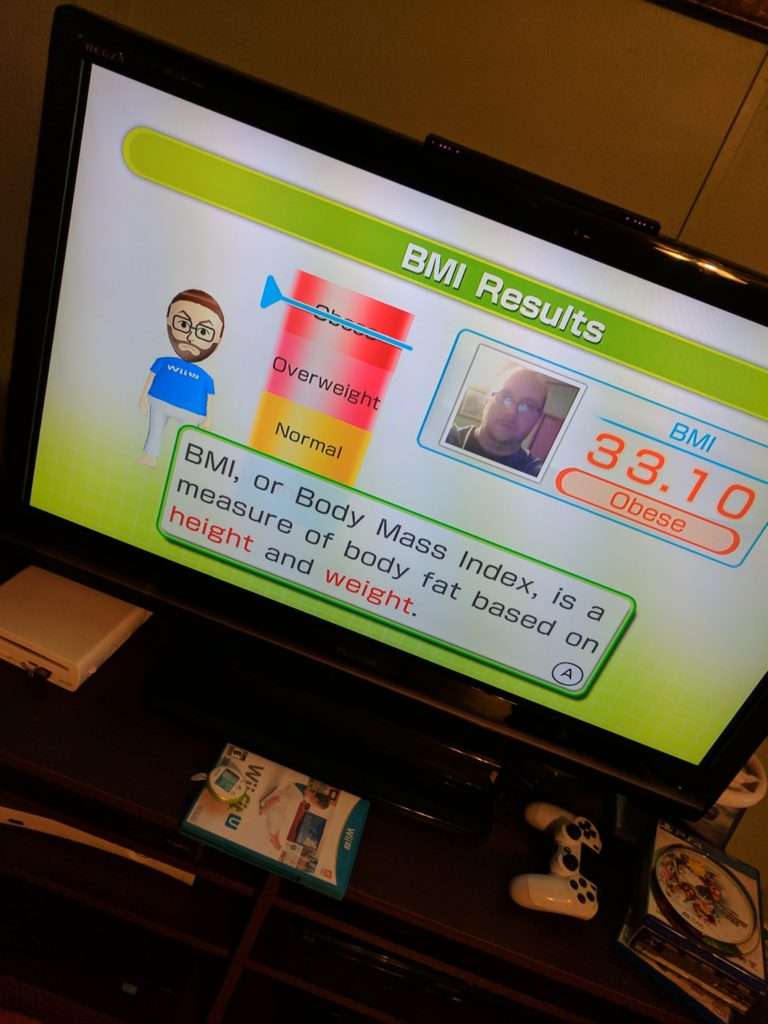 Once all this is out of the way, you can dive into the meat of the game. Now, let me stop here and state a few things. Wii Fit does a great job at explaining all of the various options that are available. But, it doesn’t really seem to provide any guidance on WHAT you should be doing. I was expecting there to be some kind of “coaching” in regards to what activities are best for a new user, but so far I’ve not found any such suggestions. This is a bit of a disappointment. I suppose that unless things become clearer as I continue to play, I may have to turn to the internet for some suggestions. I don’t like just doing random exercises with no rhyme or reason.

I should note: there is a “personal trainer” option. But for what I can gather, this only allows you to select an X number of calories that you wish to burn and then assigns activities to you that, when completed, will have burned that number of calories. So that is not the coaching too I was hoping for.

Speaking of activities, I want to take a moment and provide a warning to anyone who is considering purchasing this game. In order to participate in every activity offered in Wii Fit U, you will need a few accessories that are not included in the box. First, you’ll need a Wii Remote and a Nunchuck. But, you really want to go all out and get either a Wii Remote Plus or the Motion Plus accessory for the original Wii Remote.  Second, (and this is where they get you) you actually need TWO separate Wii Remote Pluses in order to play all of the games. So – know this going in. 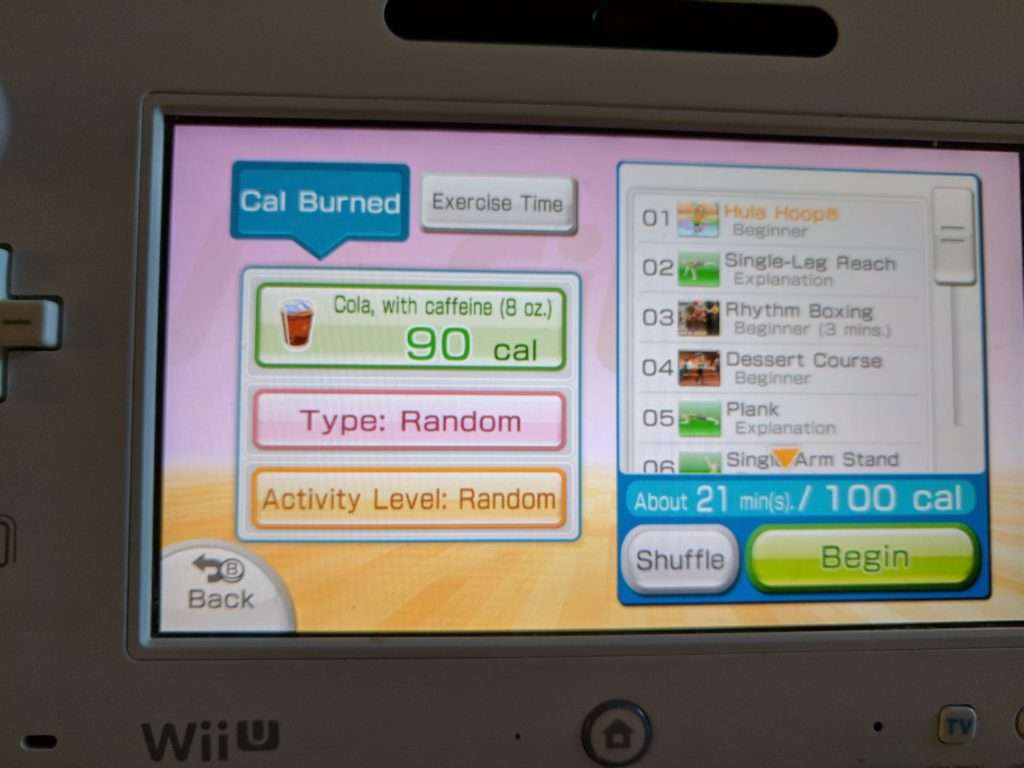 Wii Fit U also incorporates one of the Wii U’s most unique features, MiiVerse. There’s a community option in the game that allows you to view and interact with with players (to a small degree). For example, let’s say I set a walking challenge for myself. Once I meet that challenge, other players in MiiVerse will see that accomplishment and can give me a “Yeah!”  (the equivalent of a Facebook “like”). As always Nintendo keeps interactions between strangers very limited so, on it’s face, this is a very novel feature. But one that’s certainly not unwelcome.

I’ve only scratched the surface in this first post, and I have a lot more exploring to do with this game. So I’m going to spend the next two weeks really digging into the title, then I’ll be back with an update. I think I’ll actually spend a little time focusing on certain areas of the game with each future post in hopes to really figure out how to get the most from this title.  Stay tuned!