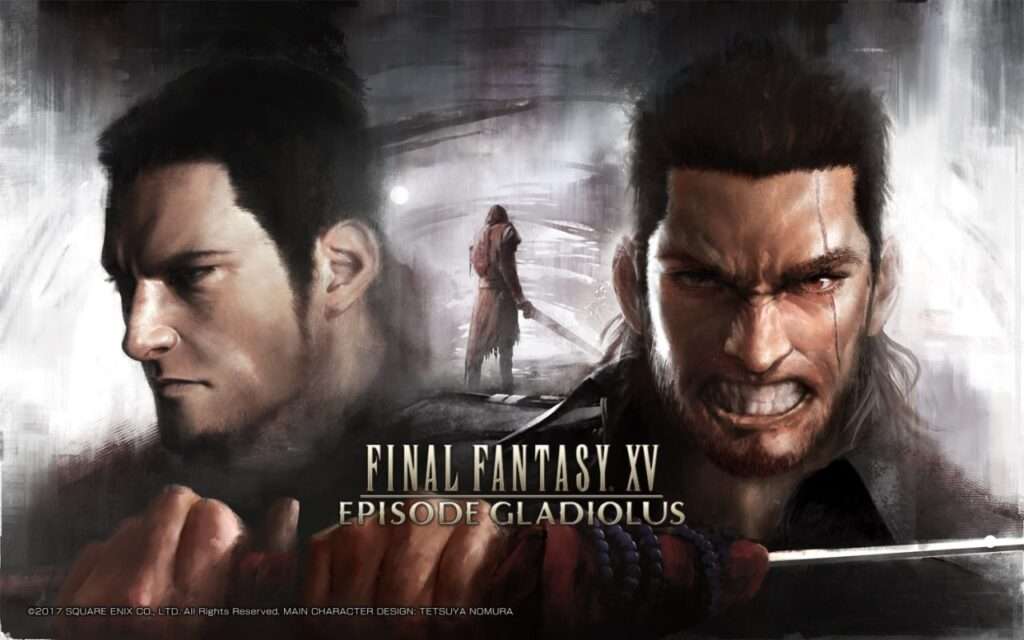 Final Fantasy XV fans, the first proper DLC release has arrived! It’s time to dust off your copy of XV and dive into Episode Gladiolus! That’s just what I did, and I’m here to provide you with all the details.

For those that may not know, Episode Gladiolus is the first chapter of Paid DLC content for Final Fantasy XV. It is included with the Season Pass for the game, or is available for about $5.00 on it’s own. The chapter focuses on the character of Gladiolus and takes place about half-way through the main XV storyline. (There’s a part of the main game where Gladiolus departs the company of the other heroes to attend to some “personal business”  – This DLC is that business.)

The story here focuses on Gladio as he undertakes a special set of trials with his mentor, Cor. The actual content itself is rather short, providing players with maybe an hour’s worth of busy work. Essentially, you control Gladio as he ventures into a secret Kingsglaive Proving Ground to do battle with the mysterious “Blade Master”.  Is he is able to defeat the Blade Master in combat, he will have proved himself worthy to hold the title “Shield of the King”. 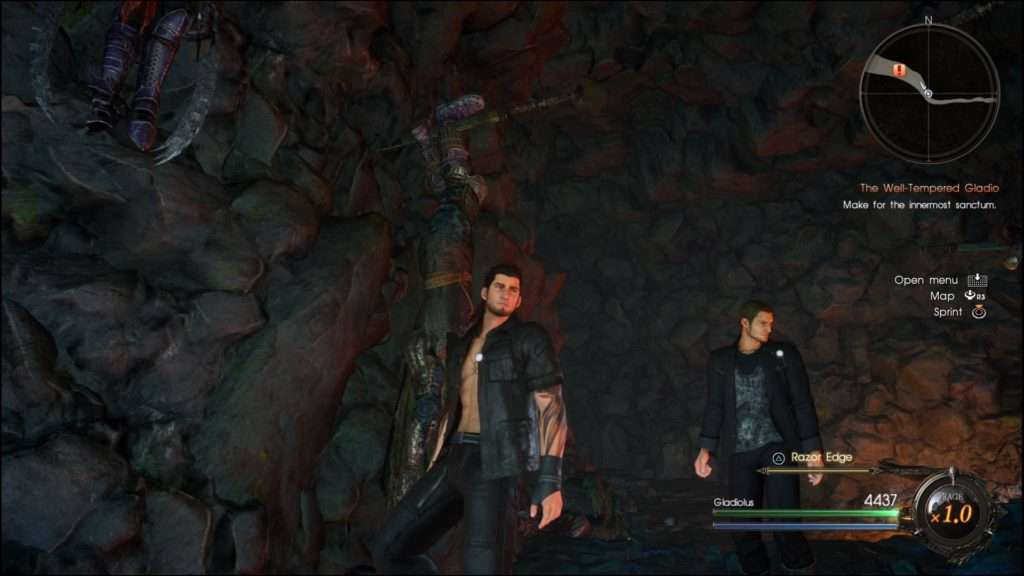 Despite being rather short, and as some have criticized, “pointless”, I found the DLC to be overall entertaining. The backstory was interesting enough and being able to experience combat from Gladio’s point of view was an interesting change of pace. For the most part, this chapter controls just like the main game, with the exception the combat mechanics. Gladio’s combat is very “hack and slash” based. When controlling Gladiolus, you have three main moves; Strike, Block or Dodge. Each of these will, over time, fill a “rage meter”. Once full, Gladio can execute special attacks, dealing massive damage. The trick to the whole thing is learning how to effectively parry attacks and strike your opponent while they are vulnerable – then getting out of the way before they can counter attack.

As you progress through the story, there a number of unique boss battles. Each boss has their own strength and weaknesses. But the real challenge here is survival. Gladiolus has a limited number of health restoratives at his disposal. New ones can be found by exploring every nook and cranny of the dungeon, but even then – the number of potions are finite. So, you will have to learn to use them sparingly or you risk facing the final boss with very little to help you . 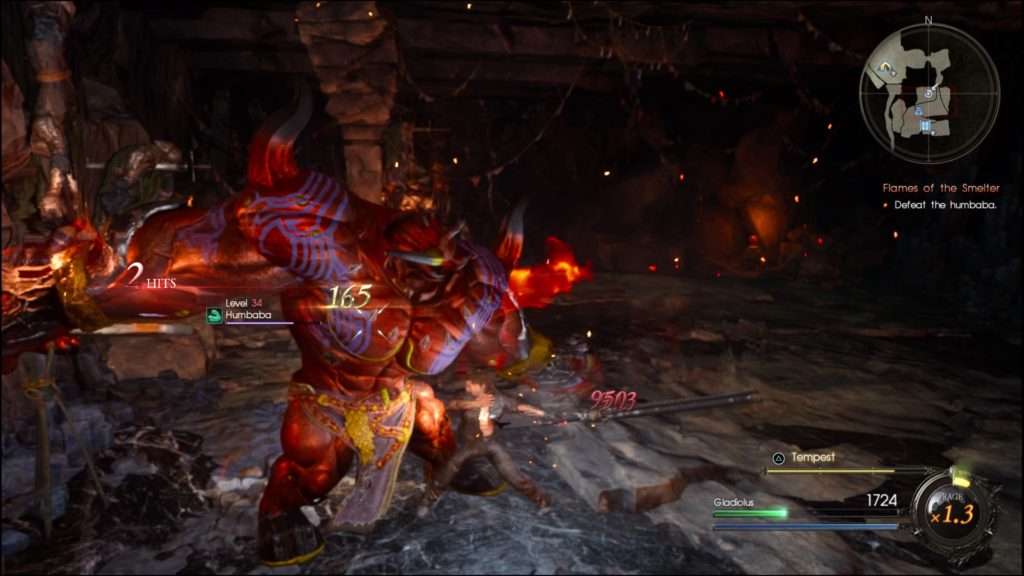 Upon defeating the Blade Master, Gladio will receive a special weapon and skill that carry over to the main game. Also, two additional features of the DLC will also become accessible. The first, is something called Score Attack. This is essentially a timed version of Episode Gladiolus. The point here is play through the scenario again and see how many points you can rack up before either the timer runs out or you complete the scenario…  rather pointless,  but maybe that’s your sort of thing. Whatever.  If you can manage to rack up a score of 500,000 points, you will unlock a special costume for Gladio in the main game.

Next up, is something called the Final Trial. This is an optional sparring battle between Gladiolus and Cor and certainly the most challenging battle in this DLC package. I pride myself on being able to defeat nearly every optional boss or challenge in the Final Fantasy series,  but so far I have not managed to best Cor in battle.  But… this content is still fresh – and I haven’t given up!

Finally, one other thing worthy of note is that this DLC was released alongside the FFXV patch 1.07. This patch also includes the long awaited “Final Fantasy XV – Chapter 12 verse 2″.  A short optional addition to the game that provides more information behind the infamous 13th chapter of the main title. This add-on ties in nicely with Episode Gladiolus as it also allows players to control him, and see the events of the game’s 13th chapter from his perspective. Not to mention, it fills in a number of plot points that have left players confused since the game’s original release. 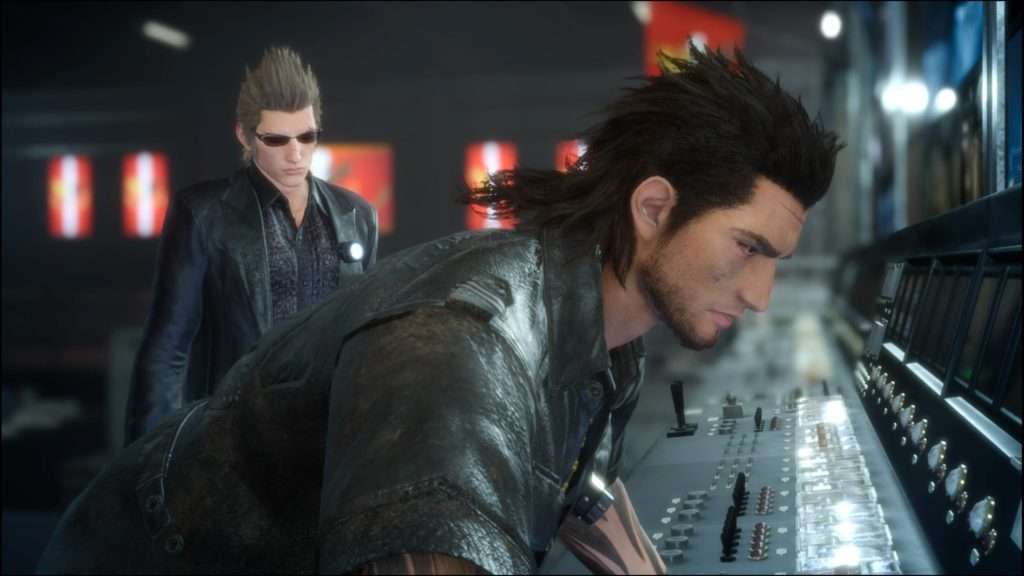 Overall Impression:  A short but sweet add-on to Final Fantasy XV. This DLC provides exactly what was advertised, a story focusing on the character of Gladiolus. It integrates well with the main game, and provides a few optional challenges of it’s own.  Casual fans may not get much out of it, but those who are dedicated to XV should find enough here to hold them over.

Value: Yes. This DLC is very short. But for a price of $5.00, I find it hard to complain. For that amount you get about an hour of single player content, as well as some optional challenges to keep you occupied.