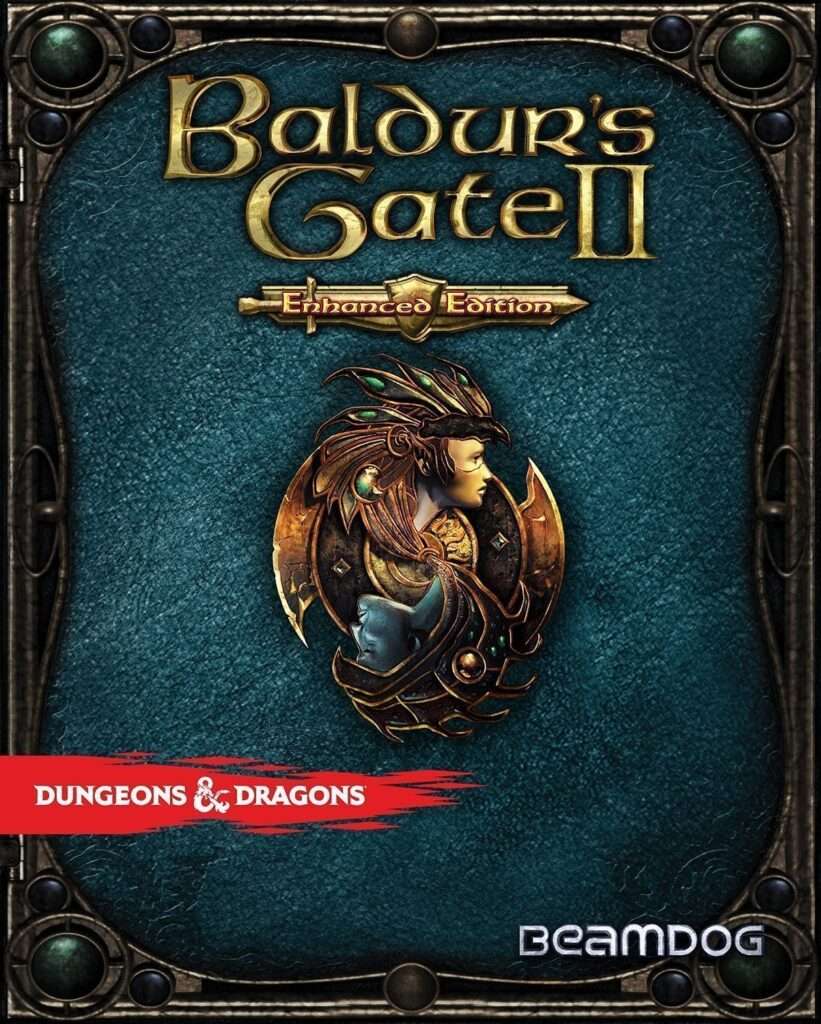 Finally, I bring you my review of the final chapter in the Baldur’s Gate series. For those that are interested, and might have missed it, I reviewed the enhanced edition of the Original Baldur’s Gate back in September. This was followed with a review of Beamdog’s official DLC: Siege of Dragonspear in January of this year. Now, after what seems like eons of time spent in the Forgotten Realms, I’m proud to share my thoughts on this remastered, classic CRPG. 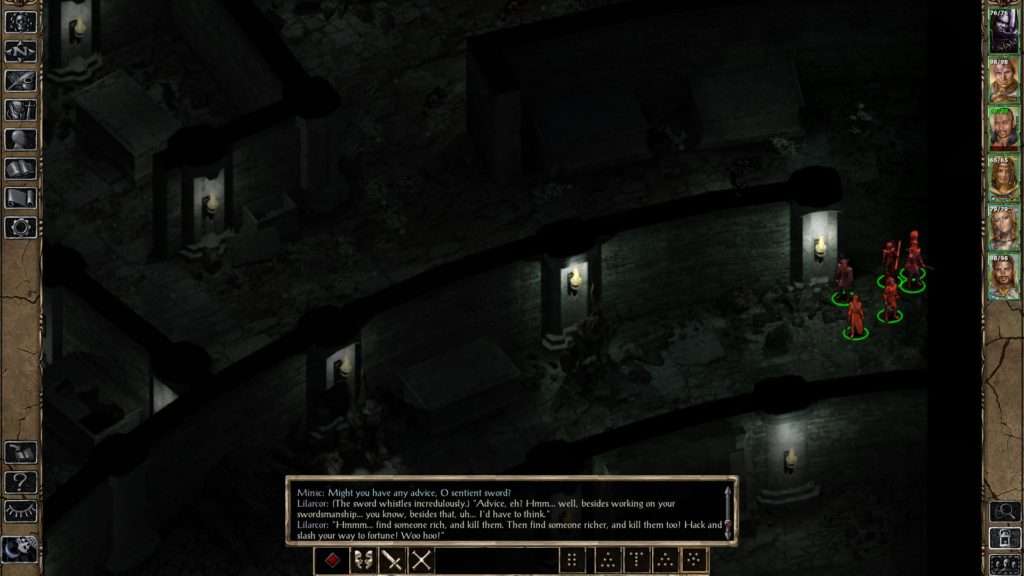 The story of Baldur’s Gate II, starts shortly after the events of the first game. If you’ve played Siege of Dragonspear, the events of that game actually fill in the gap between BG1 and BG2. When the game starts, the main hero and his companions find themselves being held prisoner by a mysterious magician. The first goal in the game is to get your bearings and escape from captivity. Shortly after doing so, one of the lead characters is “arrested” by an order of powerful wizards. The focus of the game then turns to finding a way to rescue this individual. This thrusts the players into the middle of some major political intrigue. Naturally, things are not as simple as they seem at first. As you continue to play and explore the world of Baldur’s Gate II, you will find yourself immersed in the rich and vibrant world that is Forgotten Realms.

Fans of Dungeons & Dragons will feel right at home. This game, just like the original Baldur’s Gate is based on the core Advanced Dungeons & Dragons 2nd Edition rules. Also, the Forgotten Realms setting is a D&D mainstay. Just like with the first game, players can create and will encounter characters based on classic D&D races and classes. Also, much like a real game of D&D, players are able to explore and do as they please. The main scenario of the game is ever present in the background, but there are endless quests and side-stories for players to pursue and enjoy.

The game is filled with classic D&D tropes and cameos. From things as mundane as talking swords to legendary magical items, fans of D&D will be sure to finds references to some of their favorite places and characters 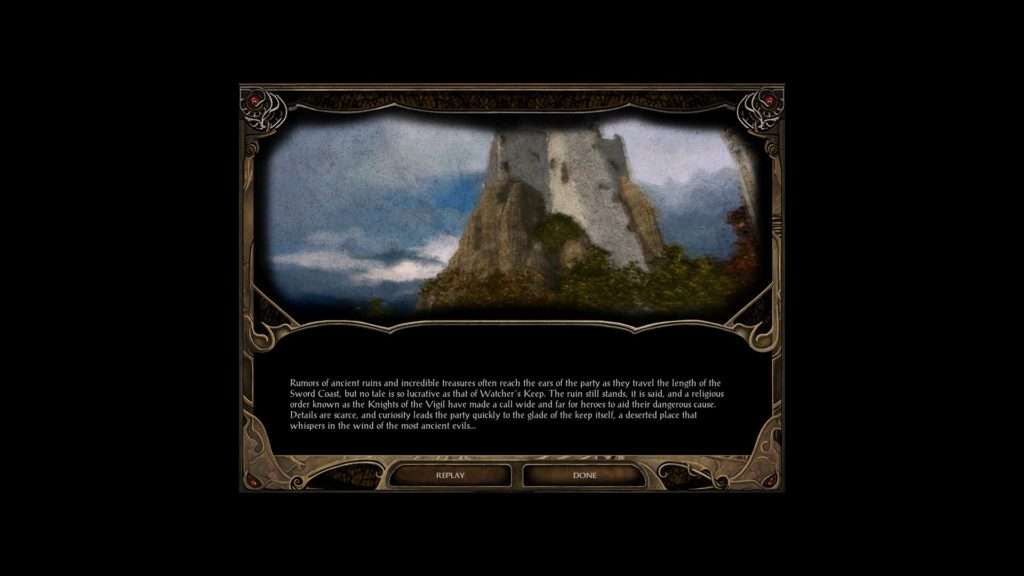 Like the first Enhanced Edition game, this one features a number of difficulty levels. All of the original options are included, as well as the new Story Mode (super easy) and Legacy of Bhaal (insanely difficult). Being nearly identical to BG:EE,  this modern version of Baldur’s Gate II also suffers from some of the same strange issues. In the 70+ hours I sunk into this game, I observed a number of odd glitches and behavior. For example, the party AI is often troublesome. Characters do not stay in the selected formation, they wander off in odd directions, and sometimes during battle, even when selected, they just stand there doing nothing instead of executing the actions requested of them. I even encountered one serious game-breaking issue towards the end of the title that caused me to have to reload a saved game and redo over an hour of play. To be specific, upon a defeat, an NPC did not yield an item needed to progress in the game… serious glitch. Also, the Steam version of the game seems to have some issues activating achievements correctly all of the time. But, when considering the absolute vast scope of the title, it would be nearly impossible to squash every potential bug. Despite encountering a few glitches, the game is overall very stable and enjoyable.

For my playthrough, I enjoyed the game in a single-player setting. But, it is important to note there is a multiplayer option. This is certainly welcome and in fact, can be a very rewarding way to play. The only downside is that a game of this size would require some serious organization and commitment between friends in order to really make the most out of this option. 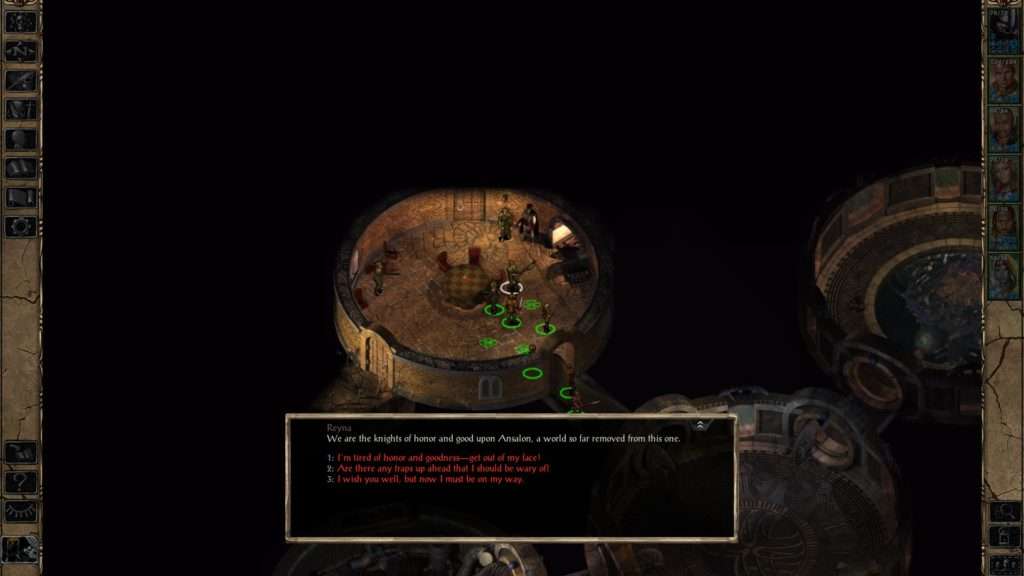 In a nutshell, fans of the original game will certainly find themselves right at home with Baldur’s Gate II. As will fans of D&D and other CRPGs of the era. For younger and modern gamers, a title such as this can seem rather daunting and perhaps even a bit overwhelming.  As with many older games, there’s little to no handholding. And, with a game of this size and complexity, that can only make things seem even more challenging.

That being said, if you like western-style RPGS, and open-world games like Fallout, Skyrim, etc – this might be a series that you should consider. Baldur’s Gate II not only continues the story of the original title, but the Throne of Bhaal chapters even put a final end to story as a whole. Playing these games through to completion is very challenging, but also extremely satisfying.  Having only dabbled with the original game back during it’s release, I am proud to have finally played both entries to their completion. Both games are simply works of art. Now, with the Enhanced Editions available, these gems can once again be enjoyed by retro gamers like myself, as well as new players who may be unearthing them for the first time. 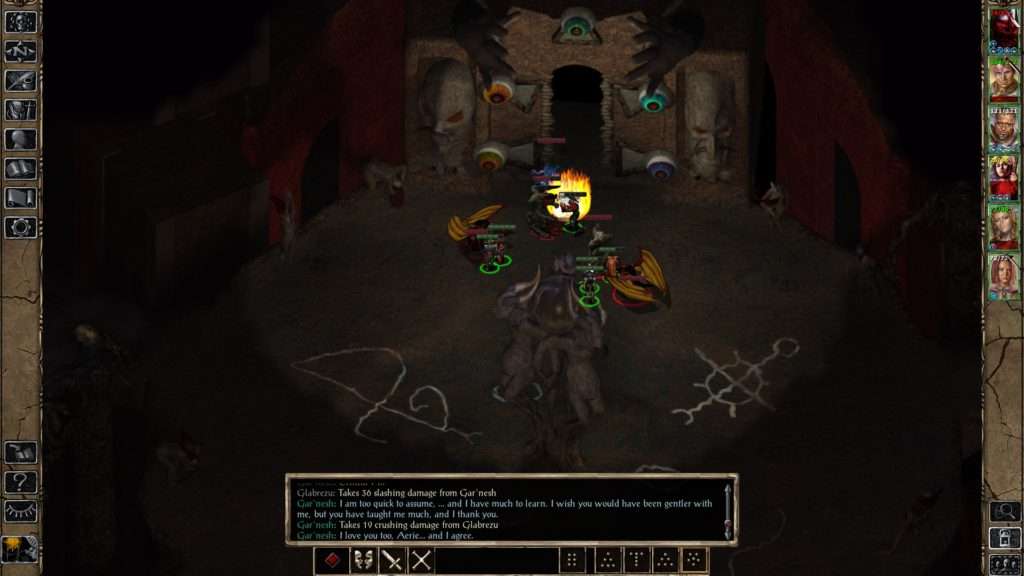 Difficulty: Variable–  Baldur’s Gate 2 features a number of options when it comes to difficulty.  Easy, Normal, Core Rules, Hard, and Insane. The Enhanced Edition also adds options for “Story Mode” and “Legacy of Bhaal”. The latter options making you either invincible or cranking up the difficulty to a point that makes the game nearly impossible.  I’m proud of being able to have completed the original game on this new insane difficulty, but I must admit that I was unable to even get through the first half of BG2 on “Legacy of Bhaal”. With the increased characters levels, seemed to come even more challenging opponents. “Core Rules” was my go to on this title.

Story: As one might expect with a Dungeons & Dragons title, the storyline is everything here. BG2 extends the lore and storyline of the original game and brings it to it’s ultimate conclusion. Main scenario aside, this game is filled with side quests, background lore, and even character romances.

Originality: Being both a remake and a direct sequel to another game, certainly costs any title a little bit in the “originality” department. But BG2 manages to keep a fresh feel by presenting the player with totally new areas and cultures to explore. The storyline is also engaging enough to keep things from getting stale.

Soundtrack: Just like with the original Baldur’s Gate, the music in the game is overall very well done. It has a classic western RPG feel to it. It does lack a bit in diversity. The voice acting is also a mixed bag. Some of the characters are spot on, while others just sound silly and out of place. Again, this game suffers a bit from when I call Repetitive Sound Syndrome. NPCS and party members have a habit to repeating the same phrases over and over to the point of being annoying.

Fun: If you’re a fan of CRPGS and/or Dungeons & Dragons, you’re going to have a blast with this game. However, many players many simply not have the patience for the old-school style found here.

Graphics: At time it was released, Baldur’s Gate was top of the line. Today, even though a lot of work was put into modernizing the Enhanced Edition it looks quite dated. Yes, the new textures are beautiful, but the character sprites suffer a bit.


Playcontrol:  While most point-and-click games are pretty simple to control, Baldur’s Gate suffers from terrible AI. It is not uncommon for NPCs to get stuck on terrain, walk the wrong way, etc. I also frequently struggled with being unable to enter buildings due to all of my characters crowding around the entry way. Also, the new edition  of the game is not without it’s share of bugs that can interfere with your progress. These are largely the same complaints I had with the original Baldur’s Gate EE.

Downloadable Content:  No – At the time of this writing, no DLC has been announced for BG2 EE. The game comes complete with both BG2 and it’s original expansion.  It also contains a new third-scenario The Black Pits II,  Which is really just a continuation of the The Black Pits chapter found in the first BG:EE.  Overall it’s a pointless little add-on, but still worthy of a look.


Value:  This game currently sells for $20. Considering the amount of content packed into the title, it’s a steal at that price.

Overall score (1-100): 80 – Baldur’s Gate 2 Enhanced Edition is a must-have for both fans of the original game and for fans of CRPGs as a whole. It’s a classic game packed with tons of content. Even with some of the glitches and faults of the remake, the redeeming qualities of the game outshine any faults it might have. For some of the reasons outlined above, I can’t claim to give it a perfect score, but it comes damn close.