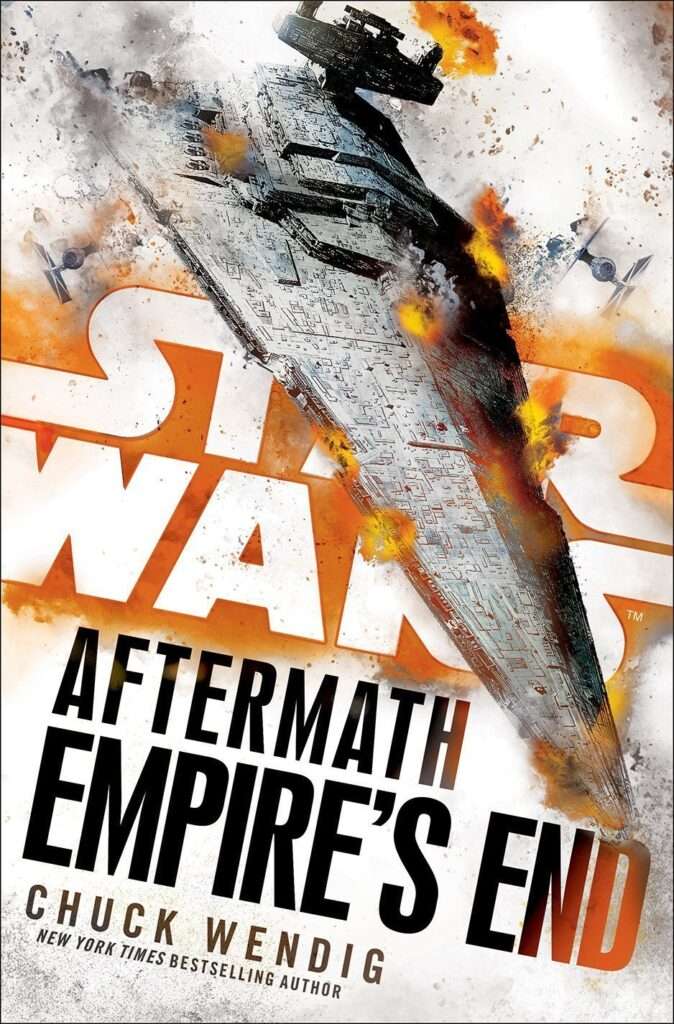 February 2017 saw the release of the final novel in the Star Wars Aftermath trilogy; Empire’s End. This is the series that bridges the gap (somewhat) between Episode VI and Episode VII. Over course of the these three books, we’ve been introduced to new characters as well as been able to peek in on a few of our favorite personas from original trilogy.

In retrospect, I was a bit cold on the original Aftermath. I didn’t care much for many of the new characters introduced, and I didn’t like the way the story seemed to jump all over the place. With the release of Life Debt, I began to feel a little more at home in Wendig’s post-ROTJ era, but still had my reservations. Now, I’m happy to say that I’ve actually come to enjoy several of the new characters he’s introduced. To me, Empire’s End is easily the best of the three novels in the series.

Those curious about the secret identity of Supreme Leader Snoke from Episode VII, will still be disappointed. Despite what many readers suspected to be a major tease regarding that character’s origins – nothing about the character is actually revealed. What we DO get in this story is a lot of background info on the planet of Jakku, as well as the Emperor’s plans post-mortum. It seems like Lucasfilm will be unlikely to give us any major revelations outside of the actual films,  but we’re certainly getting plenty of hints and breadcrumbs.  But YES – in this novel, you will finally see the fall of the Imperial Remnant and the reigns of power being handed to the New Republic. This alone, makes this novel worthy of your attention.

I’ve been an open critic of Chuck Wendig’s writing style in the past, and I’m happy to say that he seems to have really toned it down in this novel. This books reads much more like a started fantasy novel in terms of verbiage and standardized punctuation. To me, this one actually feels like it was written by a professional author and not some amateur who’s looking to make his name by being different and daring.

If you’re a serious fan of Star Wars and you love to consume every morsel of new information out there. This book is a need-to-have.

Story: The bulk of this book follows the characters that we’ve come to know from the other Aftermath novels, as well as longtime fan favorites. This story, when combined with the other three books, puts a nice end-cap on the events that occurred in Return of the Jedi, and helps set the stage for what we eventually see in The Force Awakens. However, even though a lot of answers can be found here, fans are still left asking plenty of questions.