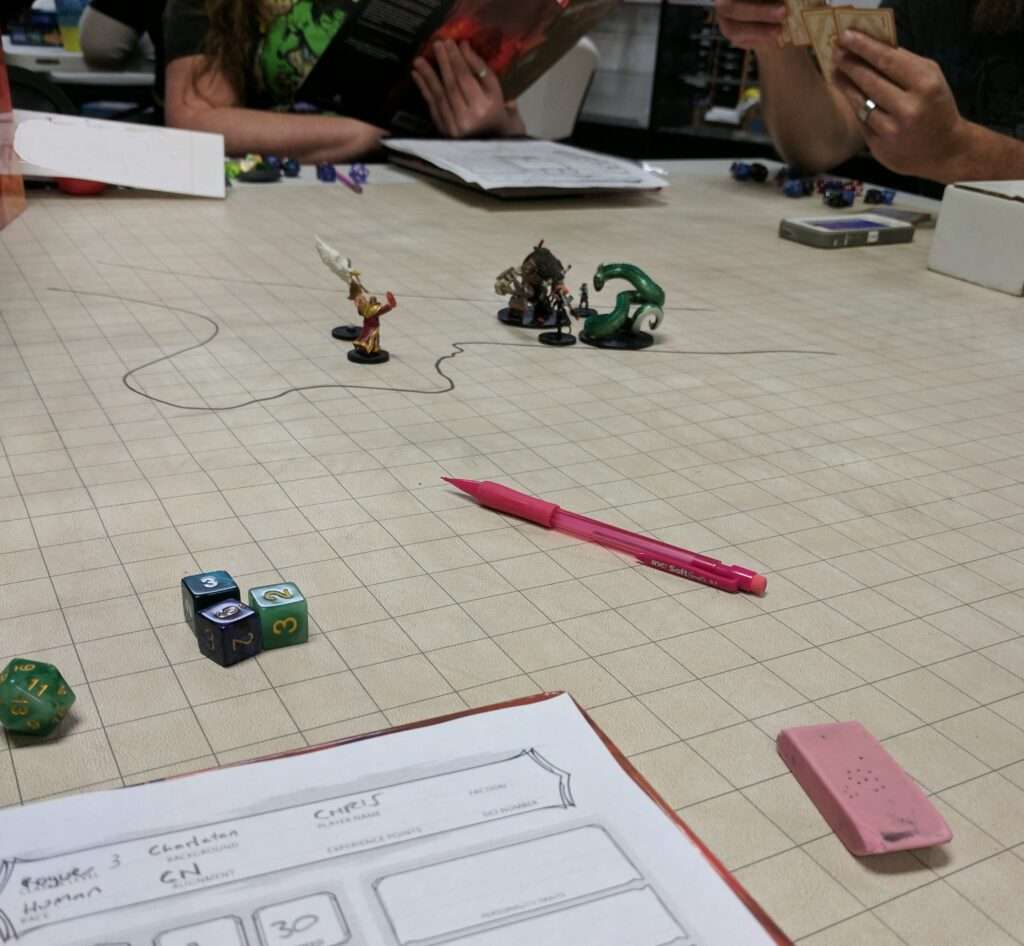 One subject that I don’t discuss as frequently as I like is Dungeons & Dragons. I try to stay up to date regarding the latest supplemental material and core books, etc. But It’s been several years since I actually made a post about the current state of the game.

If you look back on this site, you’ll see my very first entry regarding Dungeons & Dragons is when I discussed the upcoming release of what is now known as Fifth Edition. Dungeons & Dragons has has a tumultuous history. But I think it is safe to say that D&D 5E has ended up being a smashing success. In my opinion, Wizards of the Coast (D&D’s parent company), has finally hit on the right formula. No longer are the bookstore shelves packed will useless, poor quality supplements. Instead, every single release is filled with quality, well tested material. Any “up in the air” play-options are instead posted online in a series of articles called “Unearthed Arcana”. Players are encouraged to download these game options for free and try them out. This allows 5E players to customize the style of the game they are playing, without weighing down the core rules with countless, redundant options.

Recently, my thirteen-year old son expressed a serious interest in the game. So, I began a search to find a new group of players that are family-friendly. I’m happy to say, I found what I was looking for! For the last month or so, my son and I have been spending our Saturday Nights at a local game shop playing D&D.  It was a bit of a proud moment when I gifted him with his very own copy of the Player’s Handbook… I still remember my father buying mine for me. So far, he has really enjoyed the game. Plus, getting out and meeting new people has also help foster some valuable social skills.

When I started playing again a few years back, I found myself participating in some official, sanctioned games. These days, I no longer concern myself with that. Currently, our DM is running the Out of the Abyss adventure, which is an actual official D&D story, but we’re not actually participating the “Adventurer’s League”.  It’s a much more relaxed and laid back atmosphere.

I plan to begin posting a little more regularly about my D&D adventures. I’ll also be covering some of the books that I previously decided against reviewing on the site. Aside from the PHB, DMG and MM, there’s really only been two other “source books” released – the rest have all been hardback adventures. So I had originally planned not to really spend my time on those. But, to keep things chugging along, I have changed my mind about that.  So, sometime within the next month I’ll start discussing some of these. Stay tuned!