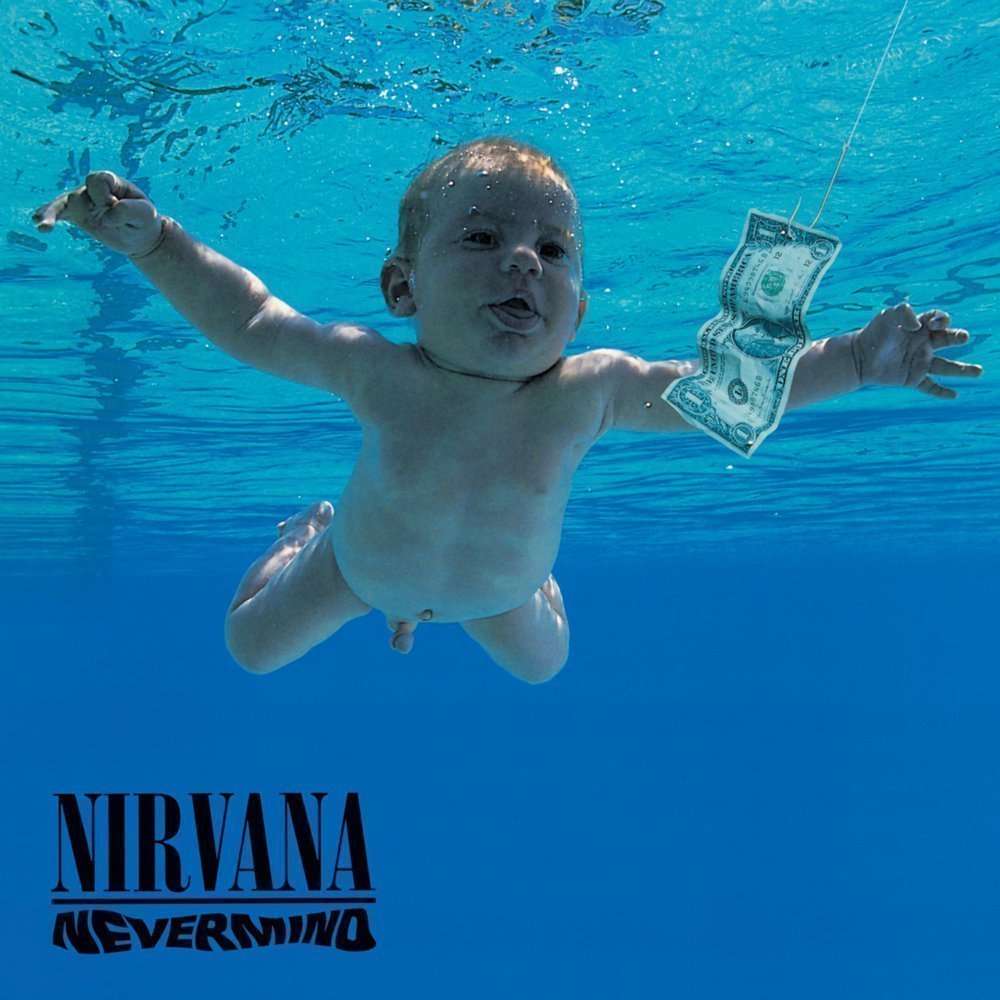 Welcome to the first official “Record Shop” post. In case you’ve missed my previous post and you’re wondering what all this is about, you can read a bit about this new project:  HERE.

As I mentioned in that previous article, I’ve always been a fan of music. For most of my childhood I enjoyed pop and and top-40 hits. I started buying and collecting music starting around age twelve or thirteen.  Around that time, I was a fan of artists like MC Hammer, Madonna, Technotronic, Boyz II Men, etc. I largely ignored rock music at this time in my life. To me, it all sounded the same. Hair Bands were still in fairly heavy rotation and they really just seemed to be a dime a dozen. By the time I was fourteen, I had just returned back to the United States after living in Japan for 3 years. I once again found myself with access to American cable television – that meant Mtv. I remember vividly tuning to Mtv upon my return and seeing the video for Nirvana’s “Smells Like Teen Spirit”.  I had never really heard anything like that song before. The verses were hypnotic and mellow, but they were followed by a ripping, screaming chorus. I found the song enjoyable, but at the time I didn’t pay it much attention. My excitement and focus was still currently on the brand new Dangerous album by Michael Jackson as well as an upcoming record by SNAP! (yes, the “I got the power” people)…

Nirvana’s Nevermind was released in the fall of 1991. It is actually their sophomore album. But it is the record that introduced them to the world.

It wasn’t until the video for “Lithium” hit the airwaves that I really started paying attention to Nirvana. This song followed the same formula as “Teen Spirit” – slow verses, with a rocking chorus. But to me, I found the song much more appealing. The next song by Nirvana that caught my attention was “Come As You Are”.  This was really interesting music. It wasn’t like the other rock and roll that was in heavy rotation at the time. I found myself tuning my radio to the local rock station in hopes of catching one of these songs on the air.

Eventually, I grew tired of waiting on the radio and I spent my allowance on the Nevermind CD. This record changed my entire perception on just what music was all about.

Up until now, I experienced music somewhat passively. I enjoyed it, and occasionally found it insightful and moving. But I was never really inspired by it. Now, I’m not going to claim that the majority of the songs on Nevermind are profound. To be honest, most of Kurt Cobain’s lyrics are trash, in my opinion. But there’s certainly a raw energy and passion behind the music as a whole. Songs like “Breed”, just fill you with energy and make you want to “rock out”. Listening to some of these tunes made me was to pick up a guitar and scream my head off, just like Kurt Cobain was doing.

In fact, that’s exactly what happened. This record made me want to learn how to play the guitar. For Christmas that year, I asked my parents for one. Upon receiving it, I went to my local music shop and signed up for lessons. After a couple of months learning the basics, my guitar teacher asked me to bring in a song and he would show me how to play it. Naturally, I turned to Nevermind and I picked a tune that sounds pretty easy to play. That song was “Polly”. It was the first song I ever learned to play to completion.  Being able to play a real song from start to finish is major milestone for a new musician. That was the moment I knew that I could play this instrument. Being a guitar player changed my life. Up until that point, I had always been an awkward nerdy sort of kid. I was the little guy that was picked on and teased. I didn’t like sports, instead I was interested in things like Dungeons & Dragons, comic books, and video games. Learning to play the guitar gave my a skill that grew into self-confidence. Not to mention, it was a pretty cool skill to have. It doesn’t matter who you are, if you can pick up a guitar and rock out – that’s cool. Within a few years, I had completely changed my social situation. I went from the “always nerdy dork” to the “slightly nerdy rocker”. My social life improved. My romantic life improved. All thanks to music.

If Nirvana’s Nevermind didn’t exist, I may very well have never picked up that guitar.

So that’s what this album means to me. There’s a good chance that many of you reading this are intimately familiar with this record already. It was one of the biggest selling albums of the 90’s. But, if not, let’s take a look at the record track by track. If you have a music stream subscription or if you own the record and just want to take a trip down memory lane, put it on and let’s listen together.

It’s likely that most readers to this site are probably familiar with Nirvana in some capacity. But if you’ve never really sat down and gave them a listen, Nevermind is a great starting point. When listening to albums, I always suggest enjoying them on a nice Hi-Fi stereo system, or on a portable device with a good pair of headphones. When listening to classic records like this, I prefer the original release to many of the “remastered” editions. Often times, remasters are overly loud and actually contain a lower level of quality than the original album. There are exceptions to this, but in the case of Nevermind, the original CD is what you want.

I hope you enjoyed my take on this album. It’s one that has meant a lot to me over the years. Maybe it can carry some special meaning for you as well.