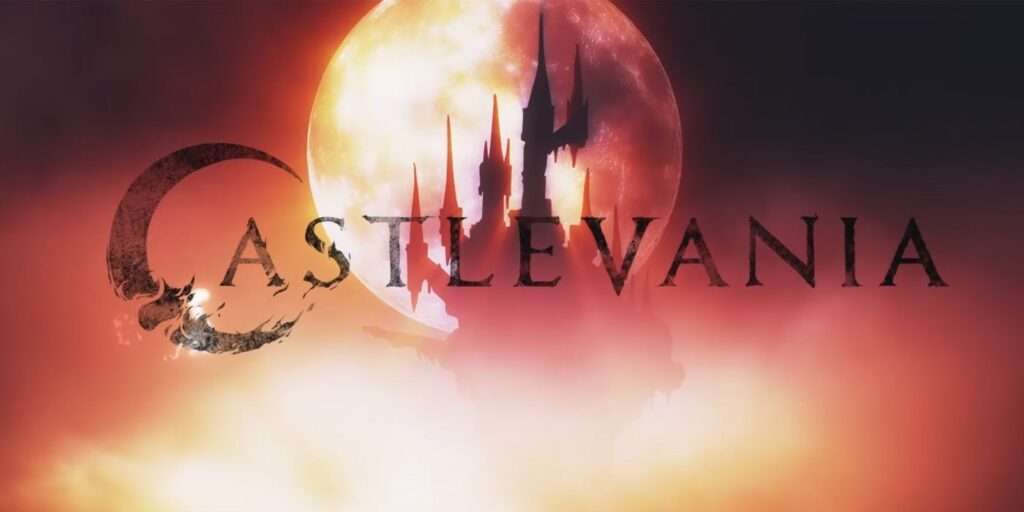 Despite being a fairly mainstream nerd, I actually have a very unusual opinion on anime. As a general rule, I don’t enjoy it. In fact, several years go I made a post about my struggles with anime on this very blog: The Anime Conundrum. To date, the only real anime show that I’ve actually found enjoyable has been Sword Art Online. But, when I heard that Netflix was going to be debuting a show based on the classic video game series Castlevania, I knew that I was going to have to set aside my reservation and give it a watch.

I am a lifelong Castlevania fan. In fact, I have reviewed every single canonical game in the series on this site.  So to say I was pumped to be able to watch a Castlevania story unfold on the television is an understatement. But, I was skeptical. Movies and shows based on video games typically end up being very poor in quality. If you don’t believe me, just watch a few episodes of Super Mario Brother’s Super Show or even the Double Dragon motion picture…. YUCK.   –  Thankfully, this cycle has been broken with Castlevania.

This “series” consists of four 30-minute episodes. So, I really feel like this was one film that was actually refitted into a four-part series. I’ve heard several people comment that this is actually a bit of a test run, and if Castlevania proves to be successful, a longer full length series will follow. If that is true, I fully expect we’ll be hearing news of a second season before long.

The storyline is actually a retelling of events from Castlevania III: Dracula’s Curse and Symphony of the Night.  The show begins by telling the backstory of “Symphony”, it explores Dracula’s relationship with his wife and her ultimate fate. It then skips forward to events from Castlevania III and covers what is essentially the first half of that game. I was impressed by the level of detail included in the telling of the story. It is very apparent that the people who put together this anime have a deep knowledge and appreciation for the lore behind the Castlevania story. They absolutely nailed it.  I don’t want to spoil the show for anyone who has not yet watched it, but there are many details included from the game that I wouldn’t expect to see on the screen. And their inclusion does not feel forced or cheesy in any way.

My only gripe with the show is that it is for mature audiences only. The language and subject matter are very extreme. I have no problem with this on it’s surface, but Castlevania is a franchise beloved by people of all ages. Kids are going to want to watch this series and I’ll be honest and tell you that they should not. You have been warned. This show is NOT KID FRIENDLY.

All in all, this show holds the honor of being only the second anime that I’ve thoroughly enjoyed watching. I think I’m going to make a point of finally following up on some suggestions that have been given to me over the years and reviewing them on the site. So, if you’re curious about my opinions or even if you have a suggestion or two, please feel free to drop me a note of leave a comment. 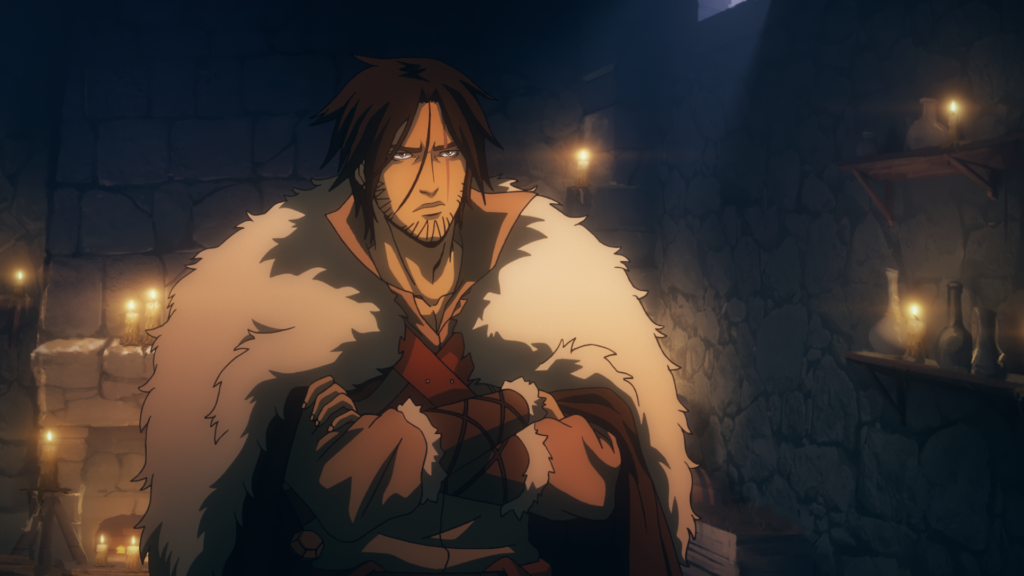 Final thoughts: A surprisingly accurate portrayal of what is a classic video game story. The artwork is vivid and awe-inspiring. The voice acting is simply superb. I was hooked from the first scene. My biggest complaints are that the series is very short and much of the mature language seems unnecessary.