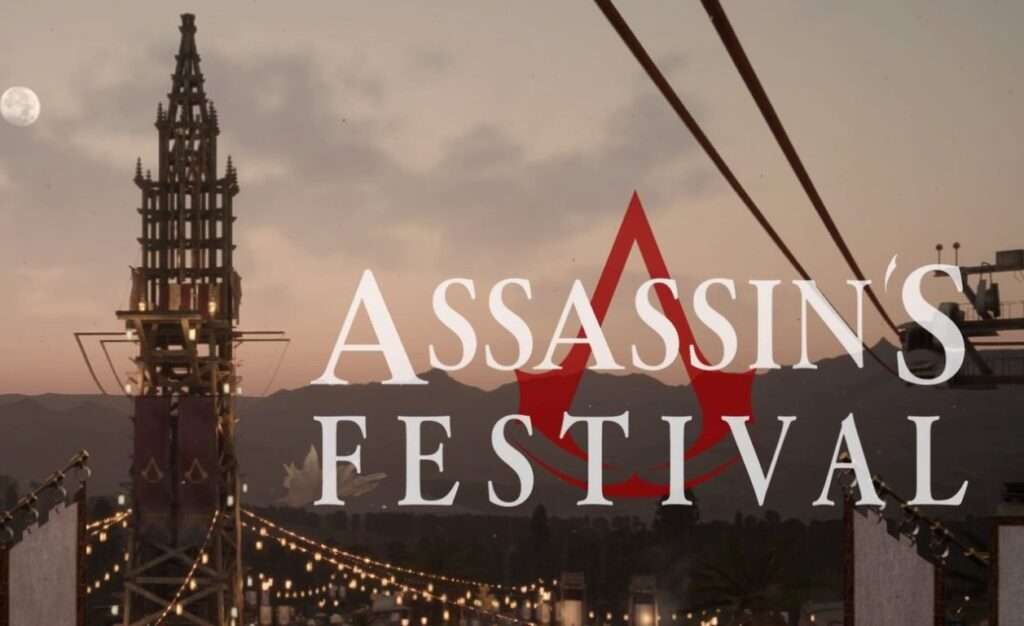 July brought a new update to Final Fantasy XV and trailing just behind the update was a surprise bit of free downloadable content: The Assassin’s Festival! The festival is actually a special cross-over event with the Assassin’s Creed game franchise. It contains a full playable chapter complete with unlockable items that carry over to the main game.

Players who completed the previous Moogle/Chocobo festival were rewarded with a special “Dream Egg” item. Upon launching the Assassin’s Festival DLC, this item will hatch – unlocking a permanent costume for Noctis in the main game.  In case you missed the carnival event, SE has reactivated it for a limited time, to allow for the full “Holiday Pack” experience. So, this means you can partake in the carnival, get your egg, and then proceed right into the Assassin’s Festival event.  But be warned, this event is only active for a limited time. It ends on January 31st, 2018. 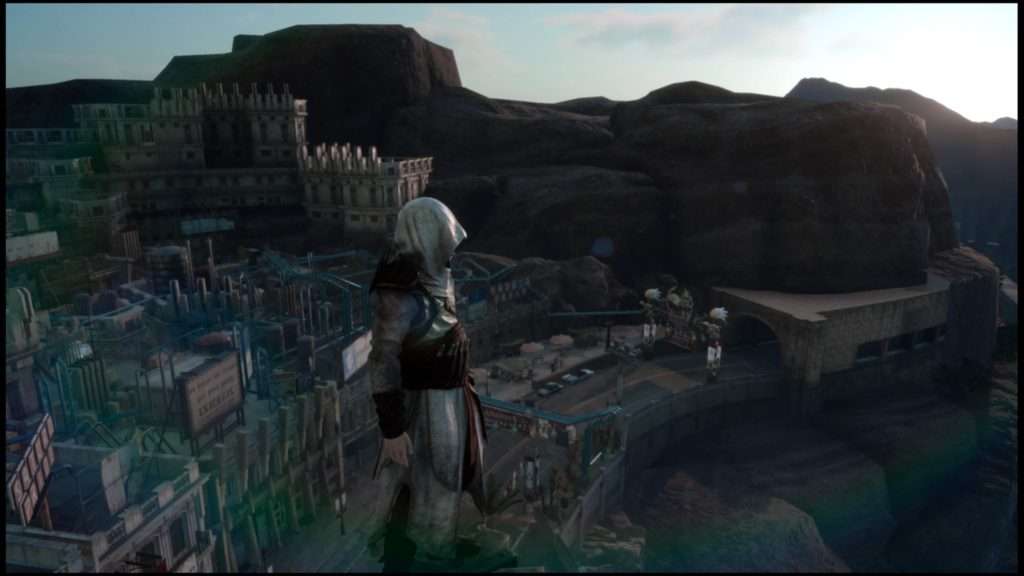 For me, this event seemed to come out of nowhere. It was released during my July-August hiatus from gaming, so perhaps I simply missed the announcement. Plus, it seems a bit odd to cross-over two completely unrelated game franchises like this, but – it actually works well! The DLC takes concepts from the Assassin’s Creed franchise and blends them perfectly into the main storyline of Final Fantasy XV. The gist of the event is simple;  in the world of FFXV, Assassin’s Creed is an extremely popular video game… But one that’s apparently rooted in “real life” mythology. So, every year they celebrate the Assassin’s Festival. Noctis and his crew arrive in town just in time for the festivities and must conceal themselves in costumes to sneak through town and thwart an imperial plot.  It sounds a bit strange, but to be honest it’s actually very well done. The scenarios and new gameplay mechanics are fun and for the pricetag of FREE, who can complain?

Aside from completing the quests included in the DLC, participating in the side content will provide you with medals that can be spent to purchase unlockables for the main game. (camera filters, frames, car decals, etc). So, there’s quite a bit replayability here.

Aside from the festival itself, the July Update also includes a number of other free downloadable costumes as well as some new features for the main game. This includes new quests, trophies and even a “chapter select” option from the main menu. All in all, this update/DLC pack is filled with goodies – all at no charge.  I suppose I’ll have to spent a few hours checking out some of the additions to the main game and seeing if I can manage to round out my trophy collection. 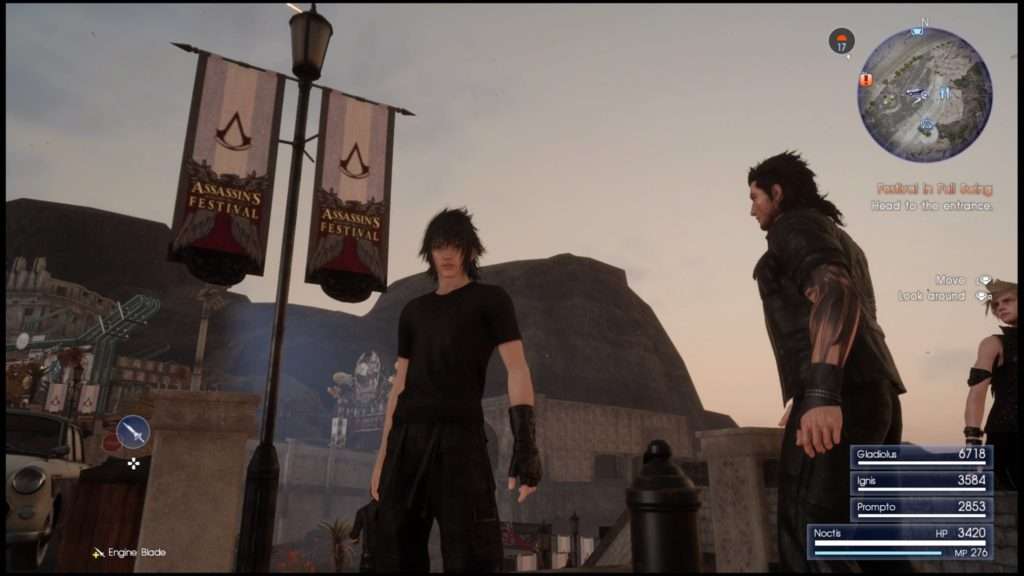 Overall Impression:  Free DLC is always good.  The amount of content included here is impressive. Even if shoehorning an advertisement for another game into Final Fantasy seems a bit awkward – the presentation is well done.

Value: Freebie! Aside from 800 MB of space you have nothing to lose!