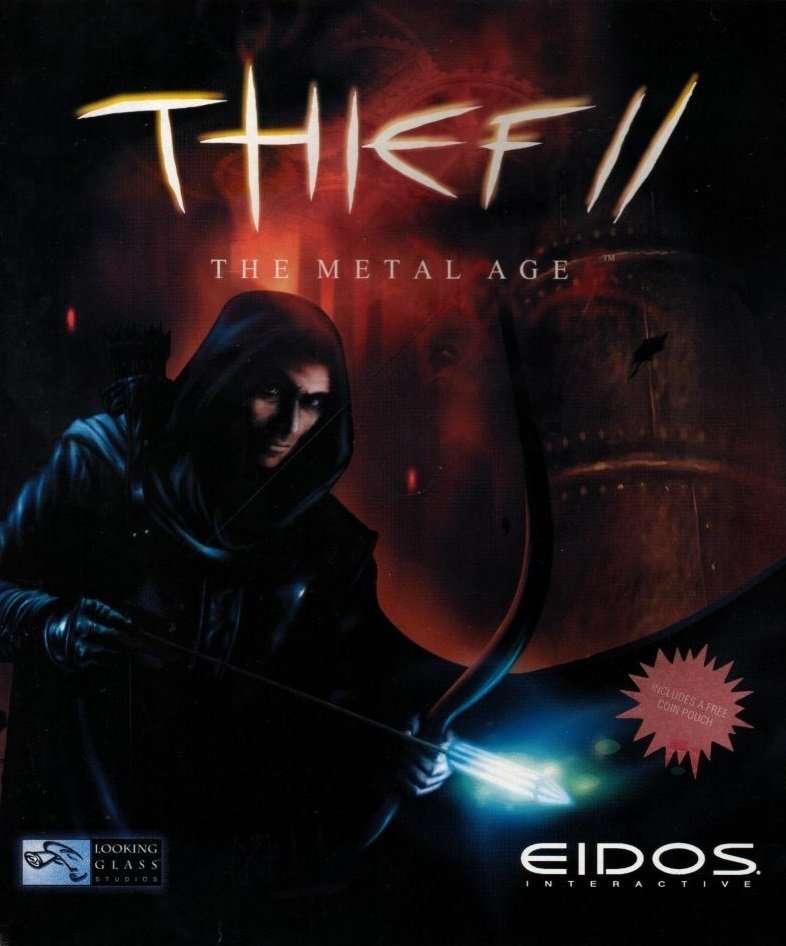 Again, I want to apologize for the long hiatus between game reviews, but I’m back now and continuing my “turn of the century” playthroughs. Today I give you my long-awaited review of Thief II: The Metal Age. I discussed the original Thief more than three years ago, in anticipation of the Square-Enix reboot. But it took me this long to catch up and play through the second entry in the original franchise. But finally, here we are.

For those unfamiliar with the original game, Thief took the concept of first-person PC games and turned it on it’s head. Instead of being a fast-paced shooter, this game required you to sneak around in the shadows and actually try to avoid killing enemies unless absolutely necessary. It was a smashing success and it was only a matter of time until it spawned a sequel. Thief II took everything that was great about the original game and cranked it up a notch. In fact, this sequel is a great example of developers actually listening to their customers. The folks behind the game took the feedback they received from the first title, and added more of what fans liked the most, and removed some of the concepts that seemed to garner the most complaints. The end result, is a game true to the original but largely superior. 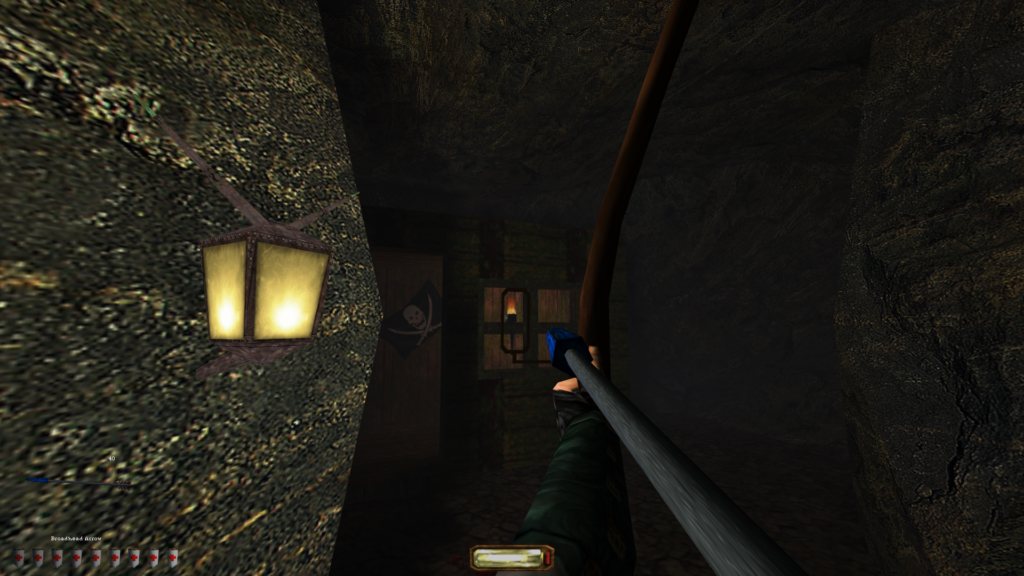 This game takes place one year after the events of the original title. Garrett continues to make his living as a skilled catpurse, relying on no one other than himself. Since the events of the original game, a new faction has emerged in the city. One that believes in a future ruled by technology and machines.  As a result, the nature-worshiping Pagans have been driven out of town and into hiding.  None of this matters too much to Garrett, as he has other things to worry about. You see, there’s a new sheriff in town, literally – and he’s got his eye on putting an end to Garrett’s way of life. However, as one might expect, it’s not so easy to remain neutral. Before long, Garrett finds himself wrapped up in the middle of this conflict between the Mechanists and the Pagans. To save himself, he’s going to have to choose sides.

One thing to know before you decide to jump in to the world of Thief II; this is an older game and one designed for a different age of computing. However, just like the original – there’s a number of tweaks and unofficial patches available that will allow the game to run on modern hardware. I recommend something called “TafferPatcher”. This is a fan-made all-in-one patch that will both optimize the game for modern hardware, but retain the original look and feel of the title. Despite being unofficial, it’s widely respected and very much safe to install. 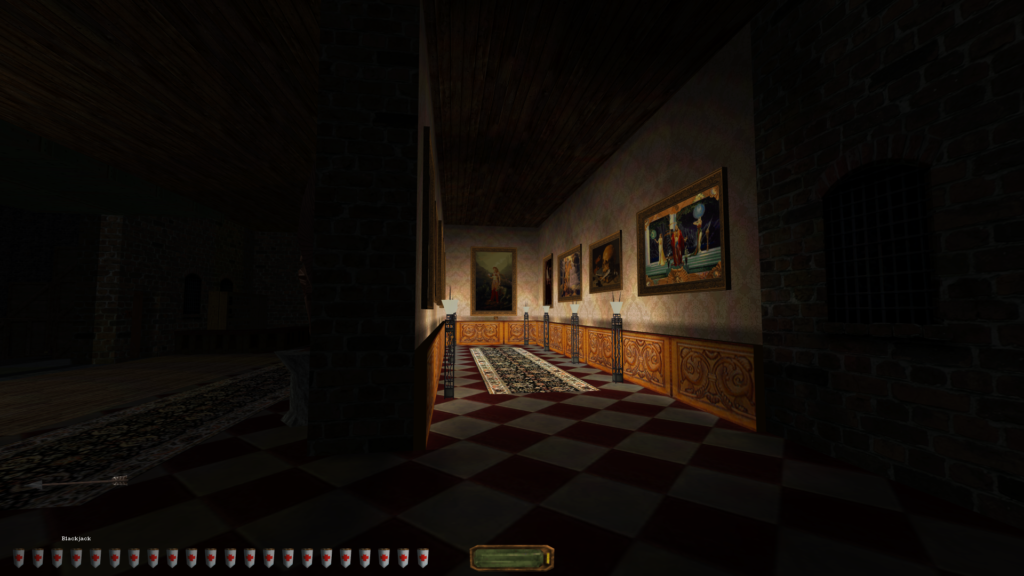 As I mentioned above, if you enjoyed the original game, Thief II is certainly worth your time. Every single thing that is great about the first title is expanded on here and there’s lots of it. To me, both the size of the levels and the number of mission objectives have increased and become much more engaging. There’s nothing better than sneaking around in the shadows right under the noses of the night watchmen and looting a place clean. The feel of the original game remains intact, but this time with a more engaging storyline.

From a technical standpoint, Thief II feels very much like it’s predecessor. I don’t really see a big difference in the bulk of the game engine. The environments look very similar to those founds in Thief. But, the character textures are greatly improved.  The enemy AI is also quite a bit better – in this game guards will notice more things that seem out-of-place. For example open doors or damaged environmental objects. So, tech-wise, Thief II does show signs of progression over the original.

To me, the Thief series represents a high point in PC gaming. It was a time where the industry was largely engaged in copy-cat behavior. But the Thief series took a bold step to stand apart from all the clones. It was a risk that paid off big. To me, Thief II represents the very best of the series. It’s a game that I recommend to retro PC gamers looking for a unique experience. 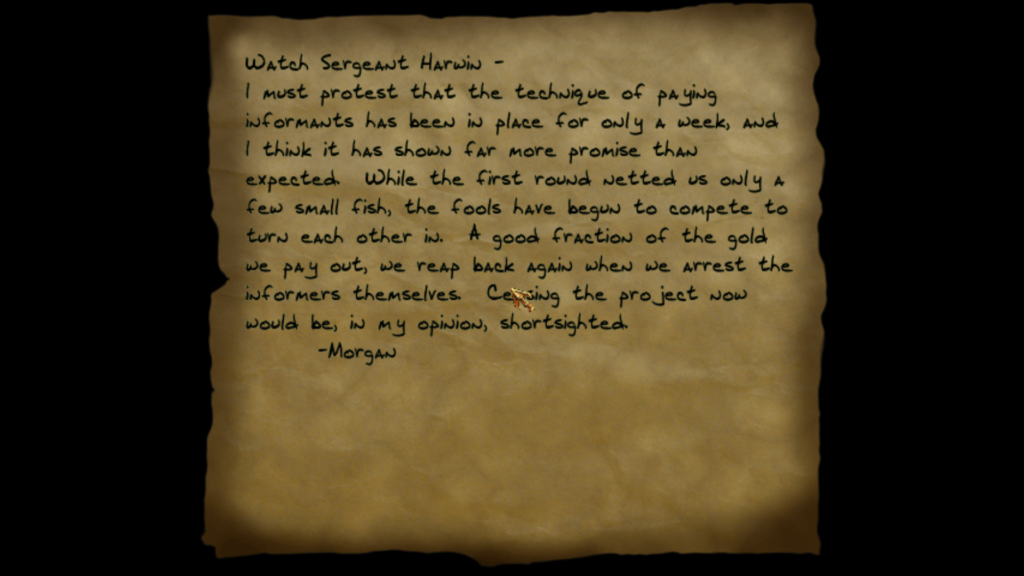 Difficulty: Variable–  Thief II offers several levels of difficulty. Increasing the difficulty level not only gives the player more objectives to accomplish during the game’s missions, but also going for Hard or Expert restricts you from being allowed to kill enemies. The game is certainly more rewarding on one of these two settings. But I recommend Normal for most players going on their first run.

Story: Thief II continues the lore and storyline established in the original game, and it’s quite well done. The game story develops a number of ways. First, there are cutscenes between levels. But, tidbits can also be picked up by eavesdropping on various NPC conversations or reading notes and journals that you encounter as you sneak your way through the areas of the game. Players who take their time and explore every nook and cranny will be rewarded with additional storyline elements.

Originality: The trail was certainly blazed with the original Thief. But the concepts laid out by it’s predecessor are highly refined and presented to players in this sequel.  Despite being a sequel, Thief II still manages to avoid feeling like a cheap retread of the original game.

Soundtrack: There not a lot here in terms of game music. But, that’s ok. This game is ALL about atmosphere. You have to listen for footsteps and other audible clues as you play. These sound effects are very well done. This is one of those games that still takes advantage of older surround sound technology – and it does it very well. Ambient noises aside, the voice acting in the game is also superb.

Fun: This kind of game may not appeal to all players. It requires patience and a willingness to learn from your mistakes. This will likely be a turn-off to some, but for those that enjoy stealth games, this one will provide hours of entertainment.

Graphics:  The first two entries in the Thief series are an odd mix of both really good 3D graphics and funky, blocky textures. However, Thief II does improve on the look and feel of NPC characters significantly. This entry also includes improved skybox and lighting effects. Regardless, it still looks very dated when compared to modern games. But it was quite top of the line for it’s time.


Playcontrol:  No real issues here. The game runs on the standard WSAD keyboard layout for first-person PC games, with some modifications for the game’s unique features. Occasionally, climbing and jumping around on platforms can feel a bit awkward and cumbersome. But, it’s merely a minor annoyance at times.


Value:  Thief II can be found on Steam for around $7.00. For that price, the game is well worth every penny. The amount of content in this game and the quality of this title overall makes it an absolute steal for that price.

Overall score (1-100): 85 – Thief II, despite it’s age, still holds up as one of the definitive stealth-based first-person games of all time. Fans of the genre that have not yet experienced it, should not hesitate for a moment. This is one game worthy of your attentions. For players who are not sure if this type of game would appeal to them, the price tag alone makes it worth the gamble. You’ll never spend a better $7 on a PC title.