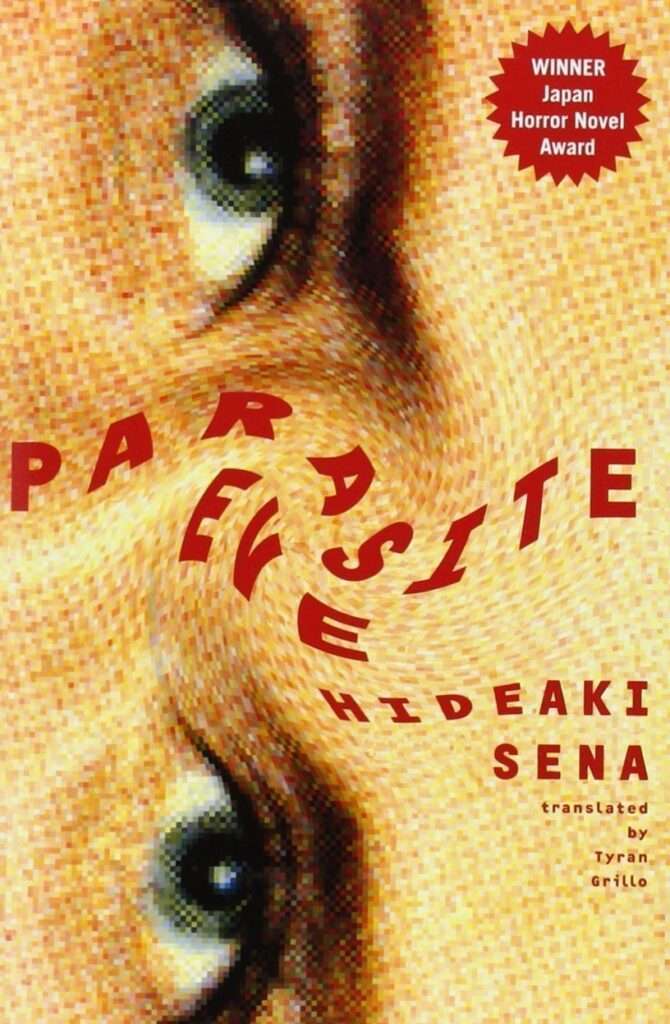 Happy Halloween! Since we’ve already discussed a few creepy games, I thought I’d end October this year with a couple of scary book reviews. I’ve often talked about my plans to include more non-Star Wars book reviews to the site so what better way to start than with a Halloween theme? Plus, this book actually dove-tails into the next game that I’m going to review. I’m talking about Parasite Eve, a very popular Playstation game from 1998. Many gamers will be familiar with the title. But did you know that the game is actually the sequel to a Japanese horror novel? Well, once I learned this I decided to pick up an English language version of the book so I would have the full backstory going into the game.

Up front, I’m going to tell you that this review is going to be very spoiler-filled. There’s not really a way I can find to discuss this book without ruining the story. So, if you’d prefer to read the novel completely blind, this is your warning….

Parasite Eve is a strange book. In a nutshell, the whole concept of the novel is that the mitochondria in our cells are actually intelligent parasites that have been using humanity for a symbiotic relationship while they wait for mankind to become powerful enough to be worthy of a takeover. The book follows a scientist who loses his wife in a car accident. The mitochondria in his body influence him subconsciously to donate her kidneys for research. At the same time, the mitochondria in the body of a young girl who recently received another kidney transplant, influence her to stop taking her medication, causing her new donor kidney to be rejected.  The idea here is that she will ultimately receive the dead wife’s kidney… because you see, the body chemistry of the two women is perfect for breeding a new human/mitochondria hybrid that will take over humanity and rule the world. It’s actually quite a bit more complicated than that, but that’s close enough. Weird, huh?

The premise is actually pretty interesting and for the most part the book is very well done. However, it does tend to get very dry and technical at times. I feel like the author actually has a real background in the field and decided to share his knowledge in the form of a horror novel. In doing so, he tends to over-explain and use a tad too much technical jargon for my taste. In many places, it tends to drag the story down. Then again, being a translated a novel, a good portion of this might have a lot to do with localization. It’s always difficult to translate a novel from one language to another and keep the same flow and momentum as the original author. With that in mind, I find the pacing of the book to be easy to forgive.

Even so, the book has a weird feel to it. It starts off odd, but very believable. The theory of a self-aware mitochondria is certainly fantastic and science fiction, but it’s presented in a way that’s believable. Then, literally in the turn of a page, we drive right off the cliff into complete Japanese weirdness. The story goes from science-based fiction to a total acid trip of monstrous proportions. There are literally giant vaginas made of rebellious mitochondria trying to eat people – completely out of nowhere. It was not at all what I was expecting.  It is the sum of every weird alien anime you’ve ever seen put to paper.

That being said, it was quite an interesting read. I found it to be oddly appropriate for the season, albeit a bit more disgusting that actually frightening.  I’ve certainly never come across anything like it.

All in all, this is not a book that I can recommend for the general public. But perhaps fans of the video game series would be take interest in the novel. The games were tremendously popular, so I’m very curious now to see how the story presented in this book can continue in game form.

Story: Very unique and interesting concept. A bit laggy at times, but considering it is a translated novel, very well done. Certainly a refreshing concept, but ultimately a gross and horrific story. Not for everyone.

Recommended:  For fans of the Parasite Eve series and folks who like Japanese alien manga. But general readers might have a hard time digesting this one.