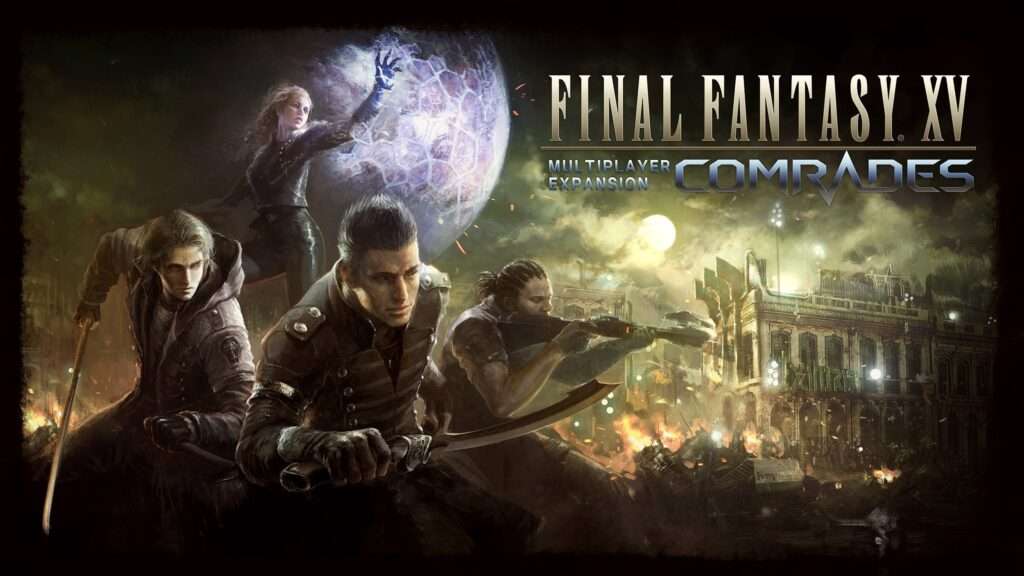 The long-promised multiplayer addon for Final Fantasy XV is finally here! It is called “Comrades” and well… it technically does add multiplayer elements to Final Fantasy XV. If that sound a little weird, it’s because it is. FFXV is very much a single player game. So when SE announced that a multiplayer expansion would be included as part of their season pass, many gamers (myself included) thought it seemed a little out of place.  So, now that it is here, how does it hold up? Let’s take a look.

First of all, let’s discuss how you can obtain the expansion. First, it is available as an individual purchase for $20.00. But, if you’re going to spend that much you might as well just buy the $25 season pass. As this expansion is included in the pass along with the other three DLC episodes. Personally, you’d be a fool not to shell out the extra $5.00, in my opinion.

Despite being a multiplayer expansion, Comrades does actually fit into the FFXV storyline. The contents of the expansion take place sometime after Chapter 12 of the main game. It focuses on the remaining Kingsglaive as they work to restore some level of stability to the now ravaged world.  For this scenario, you actually design a character and participate in missions to recover precious meteor shards, which are used to restore power to various towns and outposts. 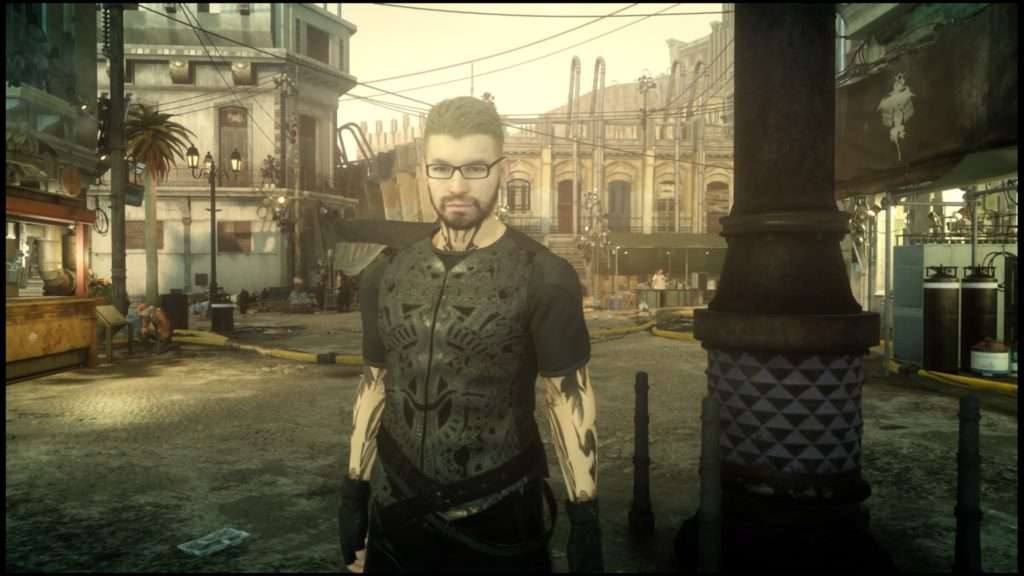 Restoring power to new areas can unlock new assignments, NPCS, weapons, and other avatar customizations. All cosmetic items for your character are completely obtainable in-game, there are no micro-transactions in Comrades.

The game features a hub-style format. When logging on, you will start in town. From here you can interact with various NPCs to either purchase gear, upgrade weapons, customize your avatar, etc. The ultimate goal is to restore power all four major outposts. This is done by farming meteor shards and directing where to spend these resources on a special “power line” map. Shards are obtainable a number of ways, but the main way to earn them is to participate in missions. This is where the multiplayer element comes in.

Some missions are simple hunt quests. Others require you to escort an NPC to safety or defend an area from monster attacks. When you undertake a mission, you are grouped with up to four other players at random. You and your “comrades” work together to achieve whatever goal is specified by the mission you’ve undertaken. 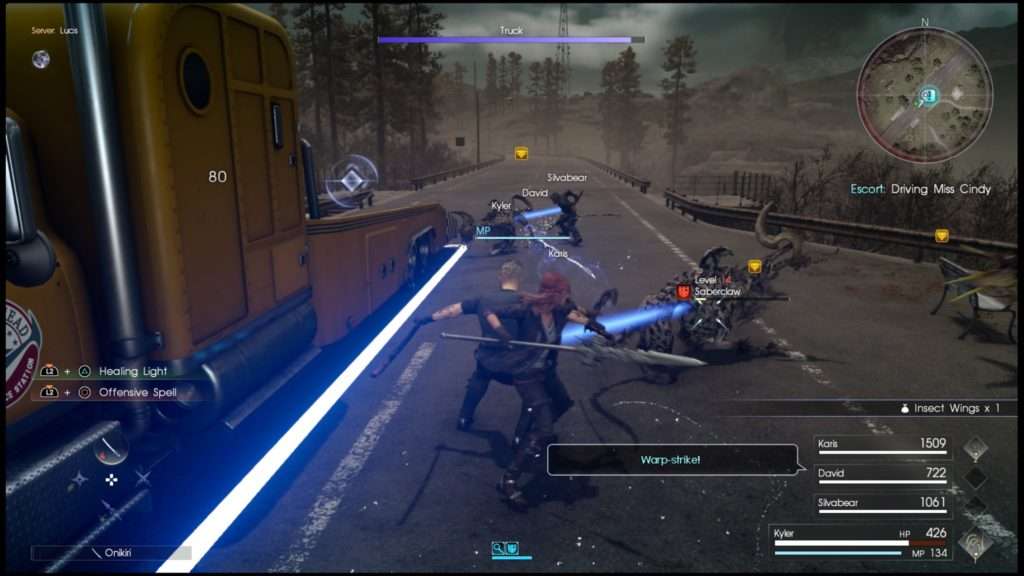 On it’s face, the whole multiplayer aspect seems pretty simplistic. It’s a PVE style of multiplayer that tends to lose it’s luster rather quickly. Once players have completed the main goal of the expansion, there’s very little left to entice gamers to continue playing. For this reason, I predict that within a few months, Comrades might very much become a ghost town. Of course, SE may continue to add content or make some changes to recapture player’s attention. But honestly, I can’t see them spending much more time on what is really little more than an afterthought to a main game.

Thankfully, when undertaking missions if there are not enough real players logged in, you will be paired with AI comrades. Already, in the two weeks the expansion has been out I find myself seeing more and more AI characters in my parties than real ones. This is not a good sign for the longevity of the game. Alongside this concern, is the issue of server stability. On more than one occasion. I’ve found myself and my comrades just standing around doing nothing as the game seems to forget to spawn monsters from time to time. I’ve also found myself queued up for a particular mission, only to find myself placed in a party undertaking a completely different mission. Also, lag and timeout issues have reared their ugly head on more than one occasion.

Despite have a pretty simple presentation. The game is actually surprisingly complex. There’s a huge level of content packed into this little title. Even now having played the game for two weeks straight, I’m really only about half-way through the storyline. Comrades explores a part of the FFXV lore I didn’t expect to ever experience. So even if your “comrades” end up being AI controlled, you can still get a lot out of the game in terms of storyline. SE managed to sneak out a bit of surprise in this department with me.  To be completely honest, I didn’t have very high hopes for this expansion. I figured we would be given something that was thrown together, barely meeting the definition of a “multiplayer” experience just to make good on their promise.  But I was pleasantly surprised to find quite a bit of interesting content. 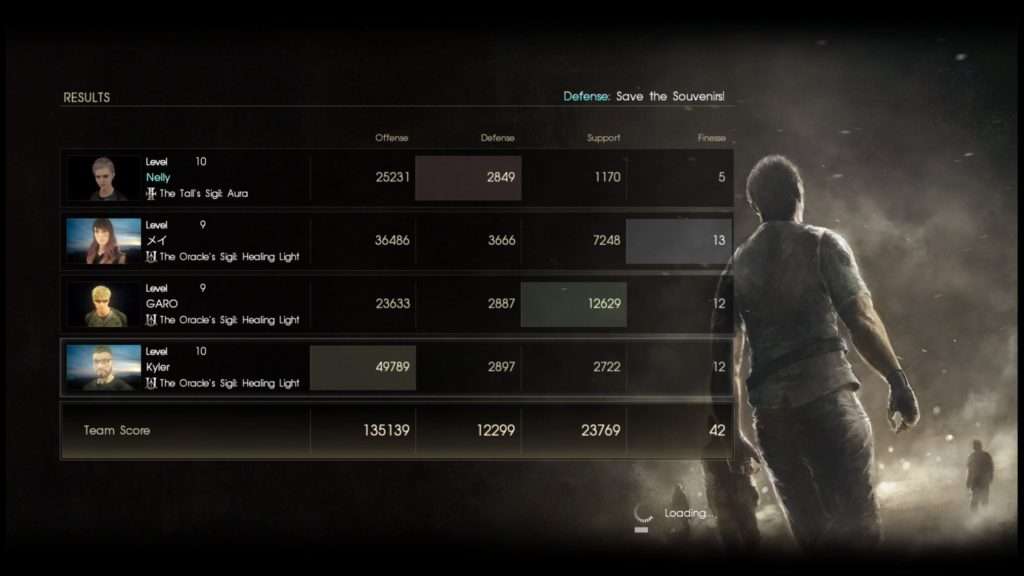 Overall Impression:  Surprisingly well thought-out. Lots of content, but not enough to keep players playing long term. I fear a rapidly eroding playerbase will end up resulting in this expansion being more of a single player experience in the long term. You will need a PS Plus or Xbox Gold subscription to play on these consoles.

Value: Excellent value if purchased as part of the season pass. $20.00 for this expansion on it’s own seems a little steep.