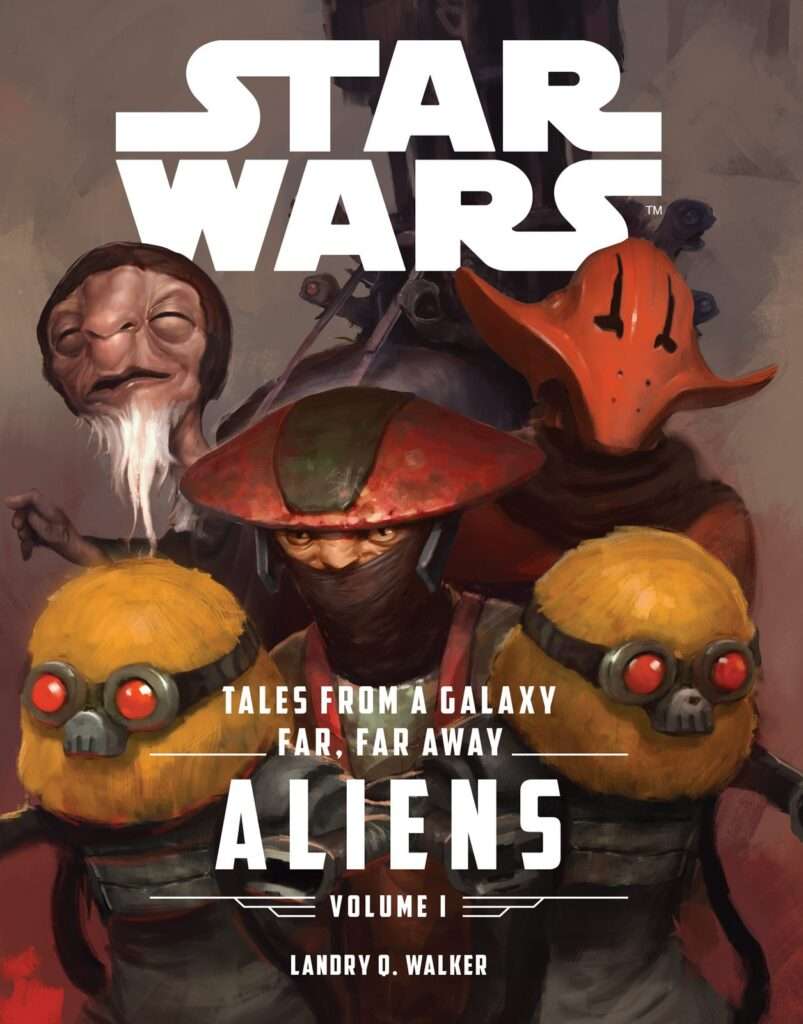 November is here! The release of Star Wars Episode VIII is now only a month away and… I’ve been slacking with my Star Wars reading. So, my goal is to get all caught up by the time the new movie comes out. This includes both novels and comics. This little push begins today with a new book review: Tales From A Galaxy Far, Far Away – Aliens.

This is another young readers release. It is actually a collection of short stories. Most of the stories compiled in this book were originally available for purchase separately. But eventually they were collected into one volume and published together at a low price. This book contains the following tales:

Unlike most of the “young reader” novels set in the Star Wars universe, which tend to be surprisingly mature, this book is very much aimed at children. While all of the stories contained within the book are interesting to a point, even for adults, they are largely silly and simple. For example, A Recipe for Death is a ridiculous and immature “whodunit” tale. But, even though some of the stories included in this collection are silly, they are short and largely entertaining.

The gems of the collection are High Noon on Jakku and The Crimson Corsair. The later features a VERY interesting tie-in to the Clone Wars that I hope to see explored in later stories. I recommend at least both of these tales to any serious Star Wars fan.

All in all, the stories in this book are a must have for hardcore fans or for children who really like The Force Awakens. More casual readers will likely find the collection to be immature and pointless.

Story: The short stories in the book range from excellent to sub-par. They are short enough to be read individually in one sitting.