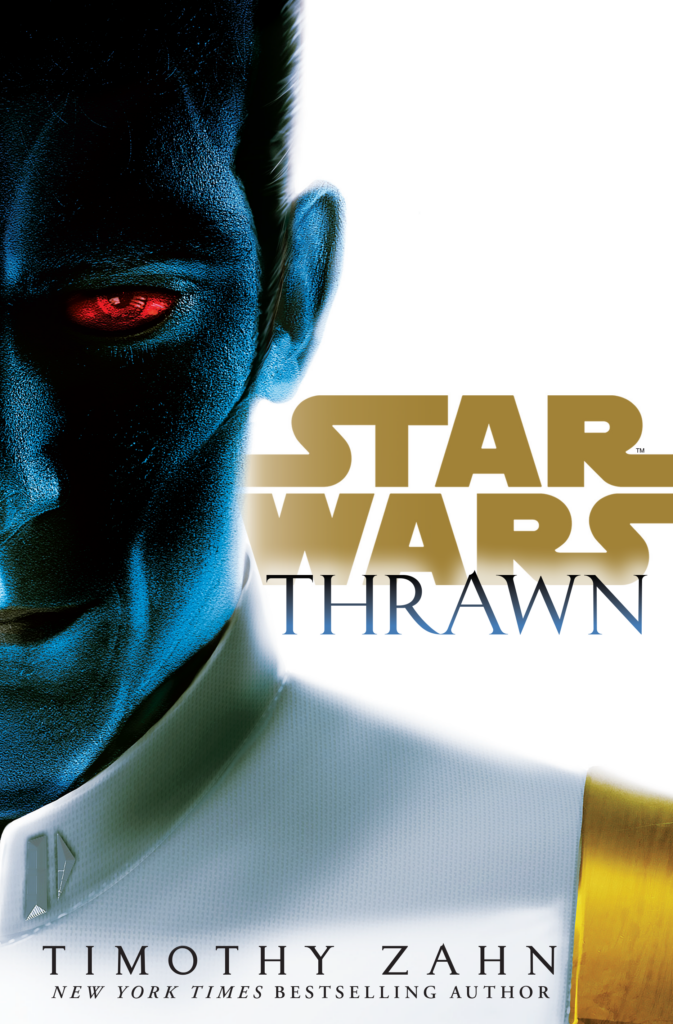 My review of Timothy Zahn’s return to Star Wars is here! Having long been a fan-favorite from the old Expanded Universe, the character of Thrawn is back! That’s right, the Star Wars Story Group has officially brought Thrawn into the Star Wars canon. The character was reintroduced in the third season of Star Wars Rebels. And this book serves as his new official backstory.

For fans of the old EU, Thrawn is a long time favorite. So it’s understandable that many were apprehensive about his introduction to the new canon. Thankfully, not much has changed about the character. His introduction in this novel nearly mirrors that of his original origin story “Mist Encounter”. Some tweaks and refinements to that “legend” have been made, however. Personally, I find these changes to be welcome additions. For those who may not know, the character of Thrawn is an alien whose origins lie outside of the galaxy, in a place called the “Unknown Regions”. The emperor has a great interest in the Unknown Regions and thus, takes an interest in Thrawn. Thrawn is recruited into the Imperial Navy where he becomes one of the Empire’s leading tacticians. This novel covers all aspects of his career, from his training all the way to the moment he is promoted to Grand Admiral. All in all, I found it to be a thoroughly enjoyable book. In fact, I actually enjoyed it much more that the old Heir to the Empire trilogy or even his previous origin story, Outbound Flight.

The story itself is well written and reads much like a military thriller. Thrawn’s portrayal here matches what fans of the original EU books would come to expect. He’s cool and calculating. Intelligent and always in control. This book also does a great job of humanizing him in some ways – allowing fans to see past his historical portrayal as a villain. In my opinion, this book serves as the perfect introduction to the character.

It seems that Disney has lots of plans for Thrawn. He continues to be a main character in the fourth season of Star Wars Rebels and he also has his own comic book on the horizon. There’s even a second novel in the works that is due to for a 2018 release.

I can’t wait to see how Disney and Zahn continue to work together to further develop and use this character in the new Star Wars canon. It doesn’t matter if you’re an old fan of Thrawn from the EU or if you were recently introduced to him through Rebels, this book is certainly worth a look.