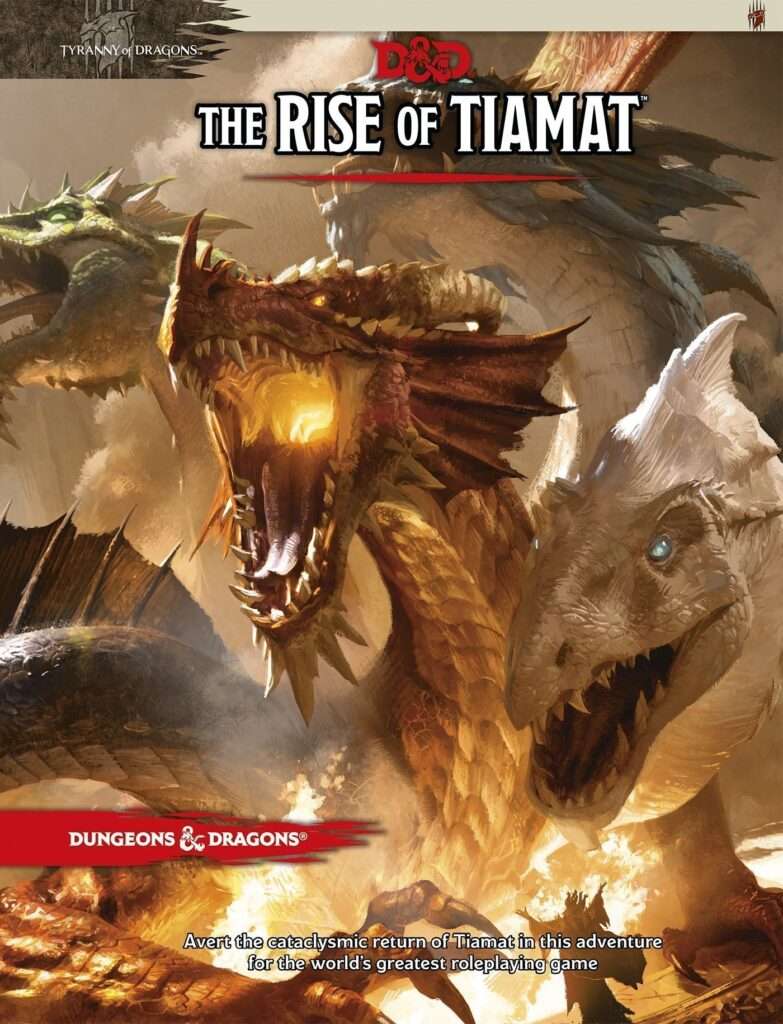 My next D&D post is here! My last entry was an overview of the introductory adventure for Fifth Edition, Hoard of the Dragon Queen. This time, I’m taking a look at the sequel to that acclaimed adventure: The Rise of Tiamat.

As mentioned above, this adventure is actually the second (and final) part of the Tyranny of Dragons campaign. It is designed for characters level 8 and above and should end with them around level 14 or 15.

This chapter of the Tyranny of Dragons campaign is quite a bit different from the first half. First of all, the pacing of the adventure seems to be much more open. DMs will likely do a lot of flipping back and forth with this book. Being non-linear is a good thing, but it also means that rookie DMs will likely have a much tougher job than someone with a little more experience under their belt. Also, the scope of this adventure is epic. Regardless of the outcome, the consequences of this adventure will result in some MAJOR changes to the Forgotten Realms game world. So if you’re playing this with intentions of continuing your campaign beyond the 15th level, you’ll likely have to do some major customizing to whatever future adventure you’re likely to run.

Despite being a bit tough on the Dungeon Master, the contents of this book are a treasure trove. There are several excellent “dungeons” to be played within these pages. As well as some really great opportunities for entertaining role playing. I can already see a hundred different ways that this adventure could end up being something that players will talk about for years to come.

All in all, the module is very well written and really gives players a good look at much of the mythology of the Realms. Many famous locations and NPCs are present in this adventure. It seems Wizards of the Coast really wanted to start 5E off with a bang. This adventure manages to do just that.  – Just come prepared. This is especially true if you’re the DM. You will have your work cut out for you.