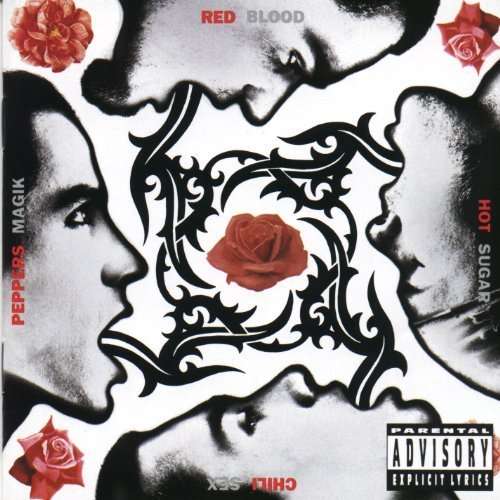 So far, my first two Record Shop posts have been about two rock albums that were a major influence in my younger years. I’ve talked about two releases from Nirvana and Pearl Jam –  two records that influenced me a great deal in the early days of my song writing. Continuing with that train of thought, I’m brought to an another album that had a huge impact on me as a young man. I’m talking about Blood Sugar Sex Magik, by the Red Hot Chili Peppers.

Released in 1991, Blood Sugar Sex Magik is actually the fifth album by the RHCP, but the one that launched them into the spotlight. Until it’s release, the RHCP were largely a college radio band. Their music was a blend of funk and jam rock, with some punk and hip hop elements elements. As a result of the unorthodox sound, they never really hit the mainstream. This record changed that. Today, the RHCP are one of the most successful rock bands of all time.

My first encounter with the album was through Mtv. The music videos for “Give it Away“ and “Under the Bridge” were extremely popular. Both songs struck a chord with me so I went out and bought a copy of the album. I was immediately hooked on the funky riffs and unconventional style that flooded my ears. At that time in my life, I was already learning my way around a guitar and the this record added fuel to the creative fire that already starting to catch in my brain. To say that Blood Sugar Sex Magik was a HUGE influence on me is an understatement.

1: Power of Equality – This track is a great opener. It launches right into a funky groove at a breakneck pace. It’s reminiscent of early RHCP, while having a just a little more polish than old fans were used to. This track is actually a prime example of the classic “Red Hot Chili Peppers” sound. It’s funky, political, and fresh. Everything RCHP needed to kick off this landmark record.

2: If You Have to Ask – As soon as the first track ends, we are dropped right into this gem. The two songs blend together well, and rightfully so. This song is also very much a throwback to the classic RCHP sound, albeit a little more funky than the last. This track was the final single released from the album, but not a very successful one. In fact, I don’t think I’ve ever heard it over the airwaves.

3. Breaking the Girl – Here, three tracks in, we finally have our first taste of something different. For fans of RCHP at the time, this song represented a new sound for the band. Also one of the album’s singles, this song received moderate airplay and remains a favorite of mine.

4. Funky Monks – This song, as the name implies, is straight up funk. It’s a down and dirty jam that just makes you want to strut and tap your foot. Back when I was a musician, my band would often jam on the main riff. A solid tune.

5. Suck My Kiss – Here we have the third single from the album. Another funky/rock jam in which Kiedis spits his signature white-boy-rap style vocals. Another fan favorite and a solid addition to what is shaping up to be a fantastic record.

6. I Could Have Lied – After five tracks of fast-paced funk, we finally have a come-down. This song is a nice melancholy tune. It’s acoustic and heartfelt. Something fans of RHCP were not really used to. But something that the band nailed perfectly with this track. Songs like these would soon become  a signature sound for the band. Another favorite of mine.

7. Mellowship Slinky in B Major – After the respite provided by the last song we are thrust right back into the band’s classic funky style. This track is in the same style of “If You Have to Ask” and “Funky Monks”.

8. The Righteous and The Wicked – Another funky one, but this time with a little more gas on fire. Despite the added energy, this track doesn’t shine very bright on an album already filled with gems.

9. Give It Away – Here we are. The song that most people my age think of when you say the name “Red Hot Chili Peppers”. This is a classic track and likely one that you’ve heard before – no matter where you’re from. This was the album’s first single. This track is a hot funky mess, but a mess that’s well loved. It’s a rap-filled romp of slap bass and plucked guitar notes, the guitar solo is played backwards for an even stranger effect. Love it!

11. Under the Bridge – This is another track that most people will be familiar with. It was the second single from the album and arguably the band’s most well-known song. When this single was released many old RCHP fans were left scratching their heads. This mellow, subdued style was not what most people would expect from a band like RHCP. But it worked and launched the group into the top ten and cemented their place as rock legends for years to come.

12. Naked in the Rain – It’s hard to follow up a song like Under the Bridge. This mid-grade funk jam pales in comparison to the preceding track. This is a classic skip-over tune.

14. The Greeting Song – An energy-filled funk/rock jam. Classic Peppers, but nothing too memorable.

15. My Lovely Man – Filler material. This song is nothing terrible, but also nothing too special. A decent track overall, but it doesn’t stand up well when compared with other hits on the album.

16. Sir Psycho Sexy – Another raunchy-lyric filled funk jam. Amusing the first few times you hear it, but it holds little value after that point.

Despite having a few filler tracks tacked on towards the end, this is a solid album. There are number of outtakes that were released as B-sides or on-album singles. Some of them, like “Soul to Squeeze” would have fit in very well on this record and it’s a shame they were not included.

When listening to albums, I always suggest enjoying them on a nice Hi-Fi stereo system, or on a portable device with a good pair of headphones. When listening to classic records like this, I prefer the original release to many of the “remastered” editions. Often times, remasters are overly loud and actually contain a lower level of quality than the original album. The iTunes version of this records suffers from this problem. However, it also contains two extra tracks (two Jimi Hendrix covers – not mentioned in the review above).