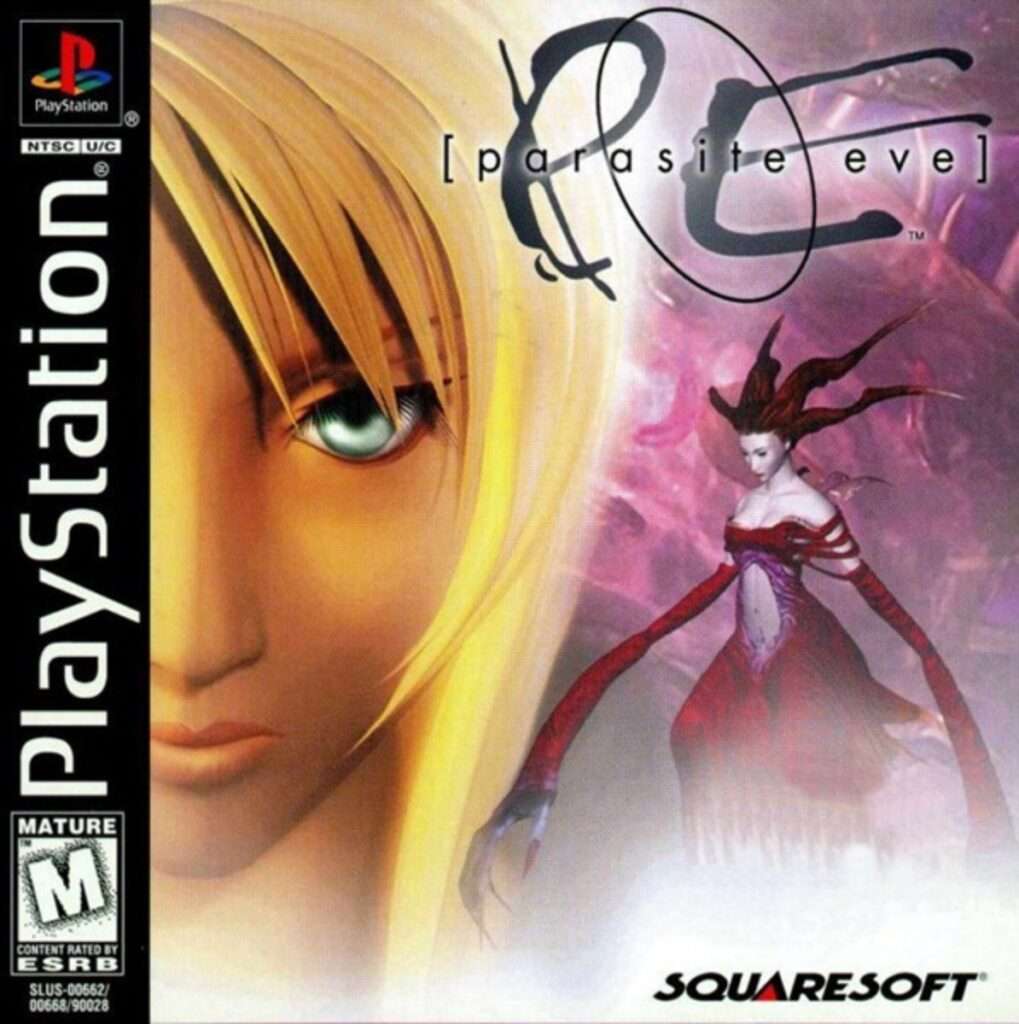 One of the more popular arguments at my house around Christmas time: is Die Hard a Christmas movie? I’m a firm believer that it is. It takes place at Christmastime, various scenes in the film are decorated for the season, and there’s even a few utterances of “Merry Christmas”. Following that same logic, one could make an argument that Parasite Eve is a Christmas game. So, it’s very fitting that I post this review today, Christmas 2017.

This review has a been a long time coming. Parasite Eve is a classic Playstation title, but one that I’ve never had the chance to enjoy until now. Originally released in 1998, this game is actually the follow-up to a Japanese horror novel. (One I reviewed on this site, just a few months ago). The game was huge success for Squaresoft at the time of it’s release, and maintains a strong cult following. This is one that I’ve always wanted to play, but never got around to. I’m happy to declare that this has finally changed.

The premise of the game is this: Mitochondria, the powerhouse of the human cell are not all that they seem. In fact, they are actually parasites that have laid dormant in the body of each human since the early days of civilization. The consciousness that lives in every mitochondria calls itself “Eve”. Eve has been patiently waiting for human civilization to reach a point of advancement so that it can take over and become the ruling sentient species. That time is now. Eve is able to make humans spontaneously combust and can evolve people and other animals into horrifying mutant creatures. Thankfully, the hero of this game, an NYPD officer named Aya Brea – is actually immune to the effects of her rebellious mitochondria. Aya catches wind of this mysterious plot and sets out to put an end to Eve’s plans before it is too late. Pretty weird, huh? 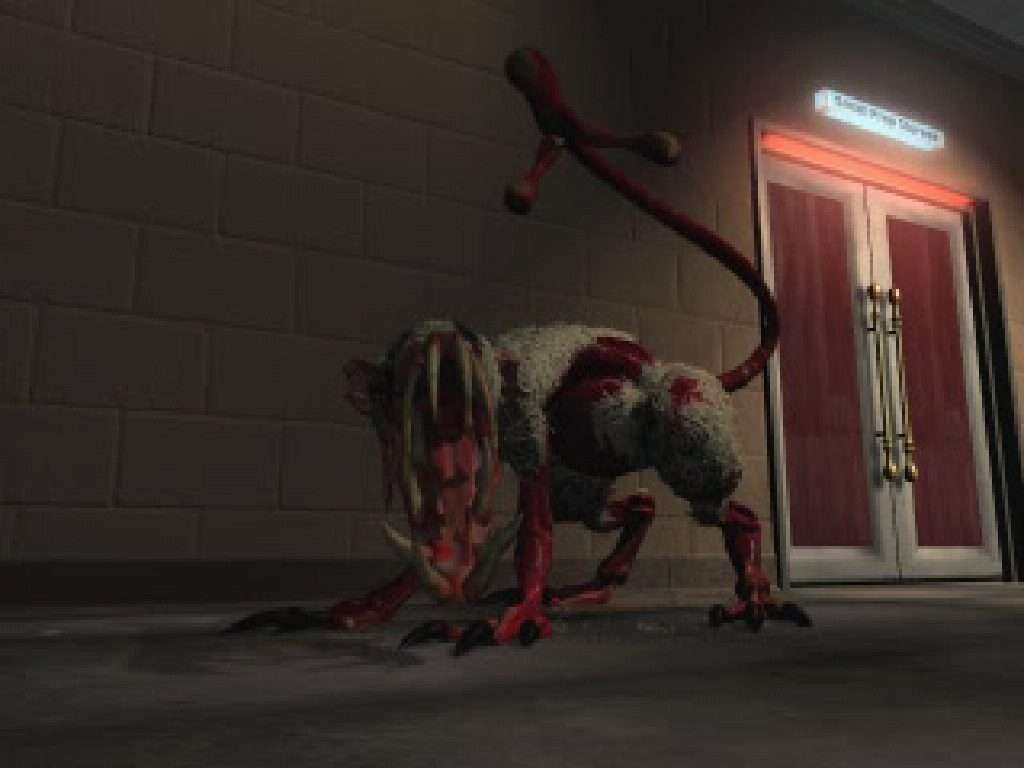 Having never played this game before, I was a little unsure what to expect. Visually, the game looks a lot Final Fantasy VIII. Which makes sense as it was developed by the same company and around the same time. Both the in-game graphics and cinematic cutscenes are similar. For it’s day and age, the game looked pretty impressive. Parasite Eve also has some of the RPG aspects that one would expect to find in a Squaresoft title. The main character can equip various weapons and armor, she earns EXP through battle and can level up, she also has the ability to use magic (called Parasitic Energy in this game). Your progress can be saved at various locations in the game (at telephones), so players used to “save points” will feel right at home. However, unlike most RPGs, battles are a mixture of both turn-based combat and live action.

When fighting enemies in Parasite Eve, you need to wait for your “Attack Meter” to fill up before you can execute an attack, cast a spell, or use an item. During the downtime between actions, you can run around the battlefield openly. This allows you to chase enemies, dodge attacks, etc. When attacking, you can direct your attack at multiple enemies. So, if you are firing a pistol, for example, you can aim a few shots at Monster A and a few at Monster B – all in one turn.  I found this blend of turned-based/action combat to be both refreshing and engaging. Being a longtime fan of RPGs, it was a new twist that I wasn’t expecting. I really enjoyed this model of combat. High marks to battle designer on this title. 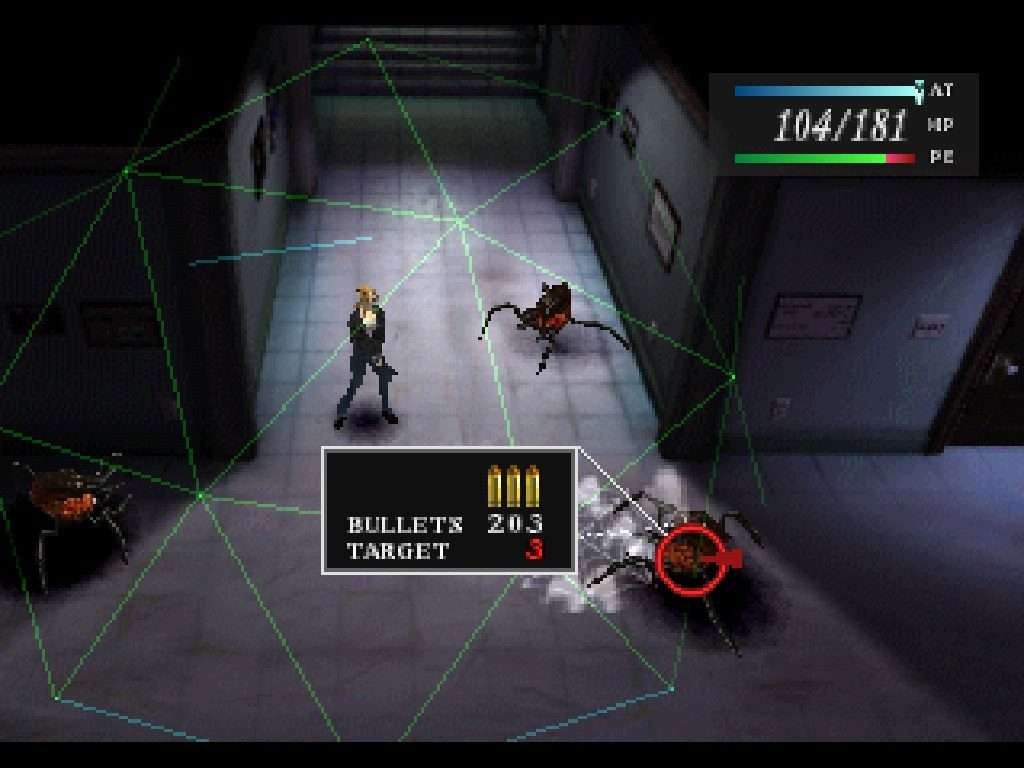 Parasite Eve is a very story-driven game. The game is broken up into several chapters (or Days). Most of these days are focused on a single task and introduce the player to new locations or characters. After a certain point, the gameworld opens up and the player is able to visit various locations in New York City at will. Later in the game, players can use this freedom to their advantage. It allows them to grind monsters for experience, collect loot to customize weapons and armor, etc. The main scenario itself is rather short for an RPG. I believe I cleared it in about 8 hours.

Upon completing the game the players will receive a rather ambiguous ending. But, this unlocks “Ex Mode” – essentially a New Game Plus option that allows players to play through the entire game again, with their current level and items. This can be done as many times as the player likes. During these subsequent playthroughs, a new area is available. This new level features 77 randomly generated floors. On the last floor is an ultimate boss. Completing this hidden dungeon in Ex Mode will allow you to view the real ending for the game.

All of this makes Parasite Eve a very interesting game. Despite being a classic title, in many ways it was very ahead of it’s time. The “New Game Plus” is an option found in most modern RPG titles. So are multiple endings. But it’s not something you saw very often in 1998. – I enjoyed this game tremendously. It felt both familiar and new at the same time. I was pleased to see many new and risky concepts unseen in previous popular RPGs. I’m curious to see what the next entries in series bring to the table.

If you like Square’s RPGs and you’re looking for something different, this is certainly a game worthy of your attention. 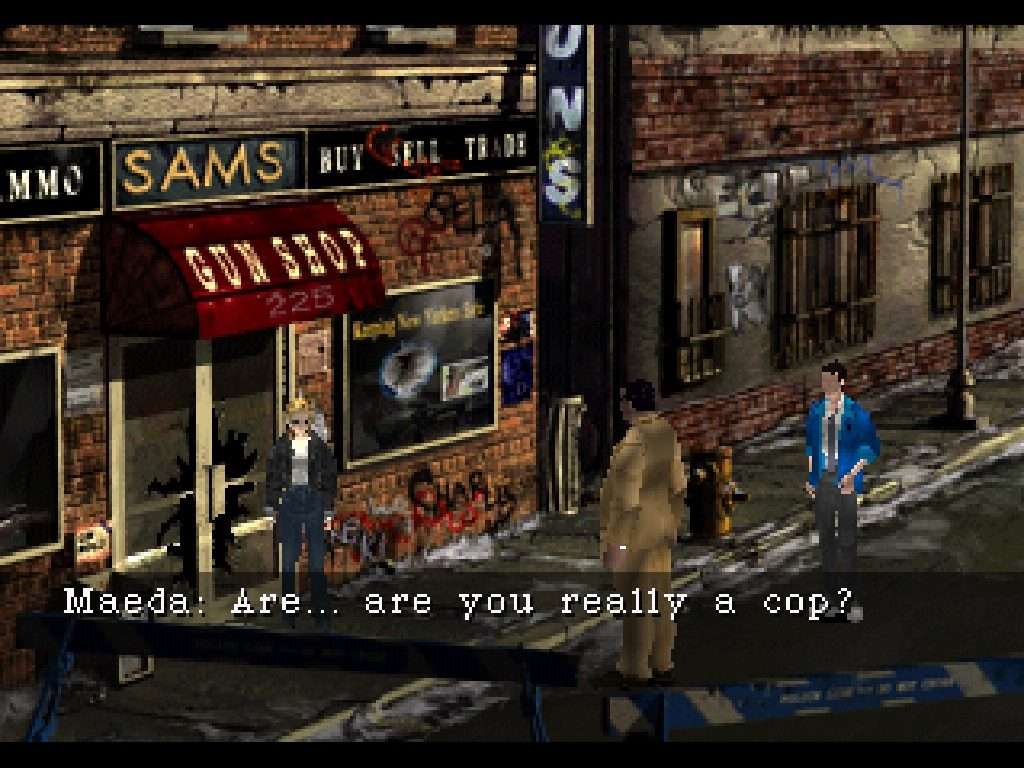 Difficulty: Medium –  Parasite Eve does not feature multiple levels of difficulty. The game is very different from other RPGs and as a result can seem a little complex at first. New players are advised to review the Tutorial option from the main menu before playing to make things a bit easier. The game starts off fairly easy, but the difficulty does ramp up in later chapters. It is possible to grind your way to higher levels, thus making the game a piece of cake. However, regardless of your level, completing the optional dungeon and defeating the hidden boss will require a bit of effort.

Story: This title is very story driven – and is actually probably the best part of the game. The plot unfolds through both in-game narratives and video cutscenes. The storyline is riveting and very well told. Players wanting even more can seek out a copy of the Parasite Eve novel, which actually serves as a prequel to the game itself.

Originality: Despite being labelled as an RPG, Parasite Eve is a refreshing take on the genre. First, it takes place in the real world – in New York City to be exact. Instead of knights and dragons, we have cops and monsters. The combat is a mixture of turn-based and live-action – very unique for a game of it’s time. In many ways, it also incorporates some survival horror elements.

Soundtrack: The game soundtrack is catchy and groovy. There’s not really a wide variety of music in the game, but despite being a bit repetitive at times, it’s well done and pleasant.

Fun: If you enjoy games with a heavy plot and unique RPG elements, Parasite Eve is worth a look. I enjoyed this title very much – and for different reasons than I expected to.

Graphics: The pixelated graphics and FMV movies are very dated by today’s standards. But at the time of the release, they were considered very well done. To be fair, many of the creature transformation scenes are so shocking and grotesque that even with their aged looked, they still retain a blood-curdling effect on the watcher. (At least they did with me.)


Playcontrol:  The game controls are a bit antiquated by today’s standards, but overall are well implemented and intuitive. The combat takes a bit to get used to at first and sometimes feels a bit boxed in – but after a few hours it becomes second nature.


Value:  This game is available as a PS One Classic on the Playstation Network for $5.99. At this price, the game is a steal. Parasite Eve also features a decent level of replayability due to it’s “EX Mode” and randomly generated optional dungeon.

Overall score (1-100): 90 – I found this title to be a delightful change of pace from other 64-bit era role playing games. The real-world setting and strange pseudo-scientific flare made for a really unique experience. I’m ashamed to admit that it took me almost twenty years to experience this title. I recommend it to anyone who enjoy both role playing games and survival horror titles from the late 90s.