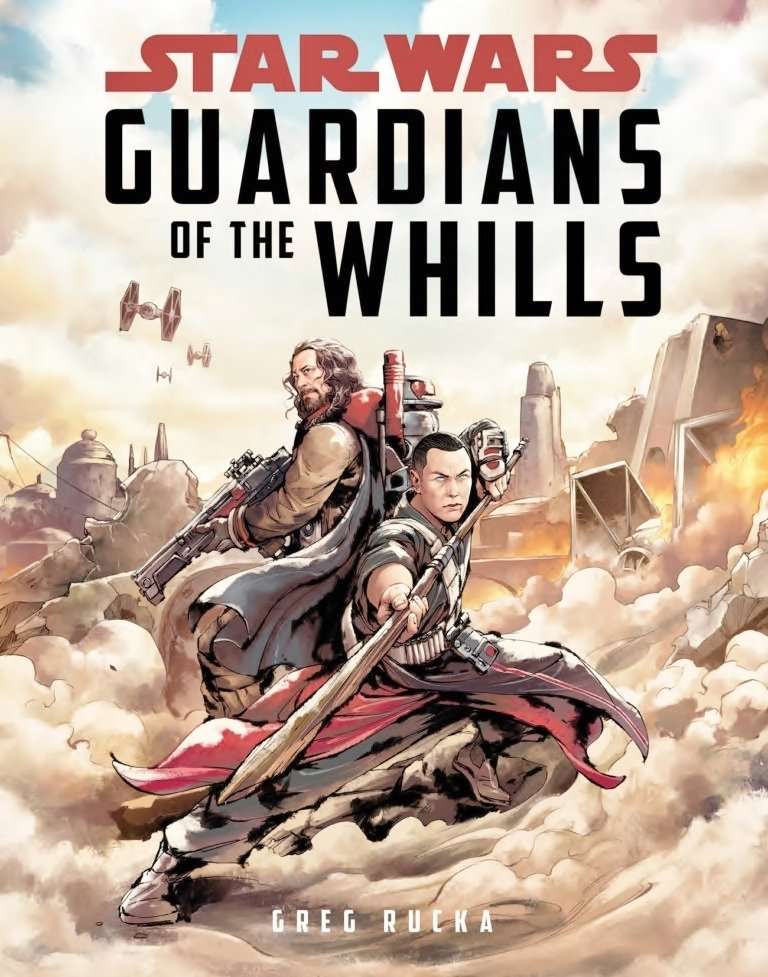 The week is here! In a mere two days Star Wars: The Last Jedi will finally be released in theaters across the world. So, to celebrate I’m posting my review of the final “Rogue One” novel; Guardians of Whills.

This novel focuses on the characters of Chirrut and Baze, two characters that I found particularly interesting from the film, Rogue One. As a result, I had really high hopes for this novel. Sadly, of the three Rogue One tie-ins, this novel was my least favorite. But that being said, it’s still a decent read overall- just not as good as Catalyst or Rebel Rising. Of all the “young readers” releases, this book is one of the few actually seems to feel aimed towards a younger audience. This, in itself, is not a bad thing. But, I suppose I just expected to see these characters in a bit of a grittier setting and situation. To me, they seem better suited for a slightly more mature novel.

The book itself is a quick read. It also does a pretty decent job of providing a little backstory to the world of Jedha as well as providing some interesting info into the Church of the Force. But again, I feel there is so much more content to be explored here that was left untouched. It’s a shame and I really hope that we see some more detail in the future regarding “The Whills” and just what role the Force plays outside of the Jedi and Sith. Who knows, maybe we’ll get some of our answers in a few days.

It’s difficult to provide any more details on this book without running the risk of spoiling plot points, so I’ll end the review here.

Story: Interesting. But there is so much untapped potential around these characters that remains largely ignored.