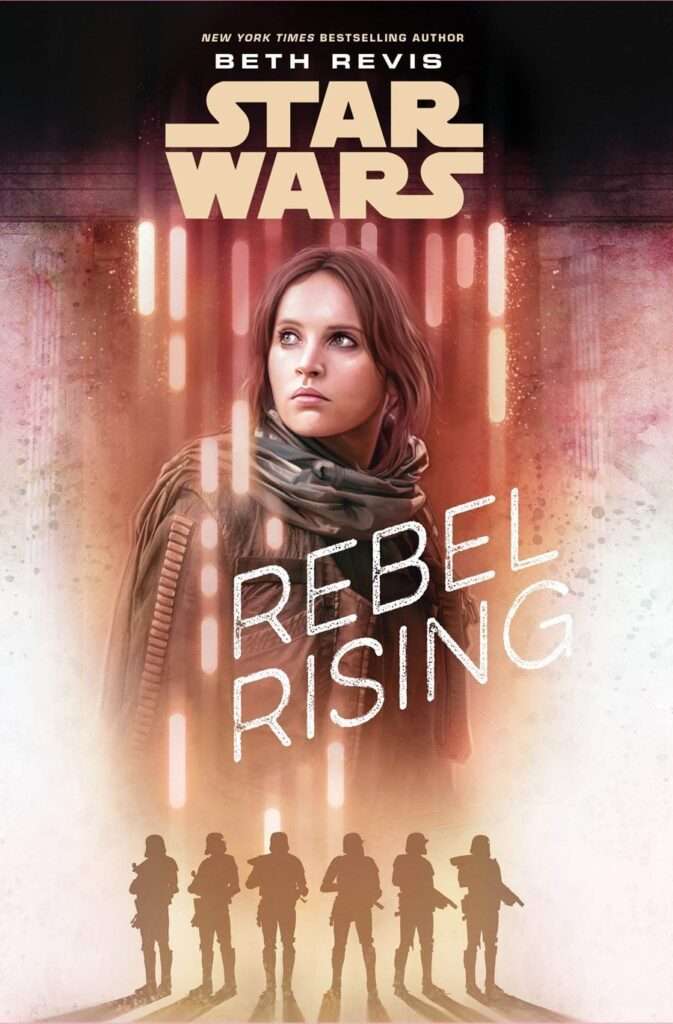 December is here! And at the time of this writing, the new Star Wars movie is only two weeks away! My current goal is to get all caught up on “pre-Last Jedi” novels in time for the new film. That leaves me with two books to review between now and then. One of those books is this one, Rebel Rising.

To date, there’s been three main novels that tie-in directly to Rogue One. Catalyst, which I’ve already reviewed on this site, serves as a prequel.  Guardians of the Whills. (A novel I will be discussing next week). And finally, this book, Rebel Rising. This novel tells the backstory of Jyn Erso, the lead character from Rogue One.

I found this book to be much more interesting than I initially anticipated. It follow’s Jyn’s life from the moment she is rescued by Saw Gerrara to the very instant she is joins the Rebel Alliance. The author does a fantastic job of letting us peek into Jyn’s mind and thereby helping us better understand her character. In the film, Jyn’s persona appears very conflicted and complicated. In some ways, her motives felt contradictory. I had always suspected this was simply the result of the rumored last-minute script change and reshoots in Rogue One, and perhaps it is. But even if that’s the case, this book does a marvelous job of reconciling that, and really brings a level of depth to her character that, in my opinion, was badly needed.

Despite being marketed as a young-adult novel, I found this book to feel more like a piece of adult fiction. It’s very well written, and even touches on some very complex themes. So, if you’re concerned about the maturity level of this novel, don’t let that inhibit you. Rebel Rising is a welcome addition to the Star Wars canon.

Story: Masterfully written, informative, and it helps improve upon one of the series newest characters. Very well done.

Recommended:  For all Star Wars fans, but especially those partial to Rogue One.