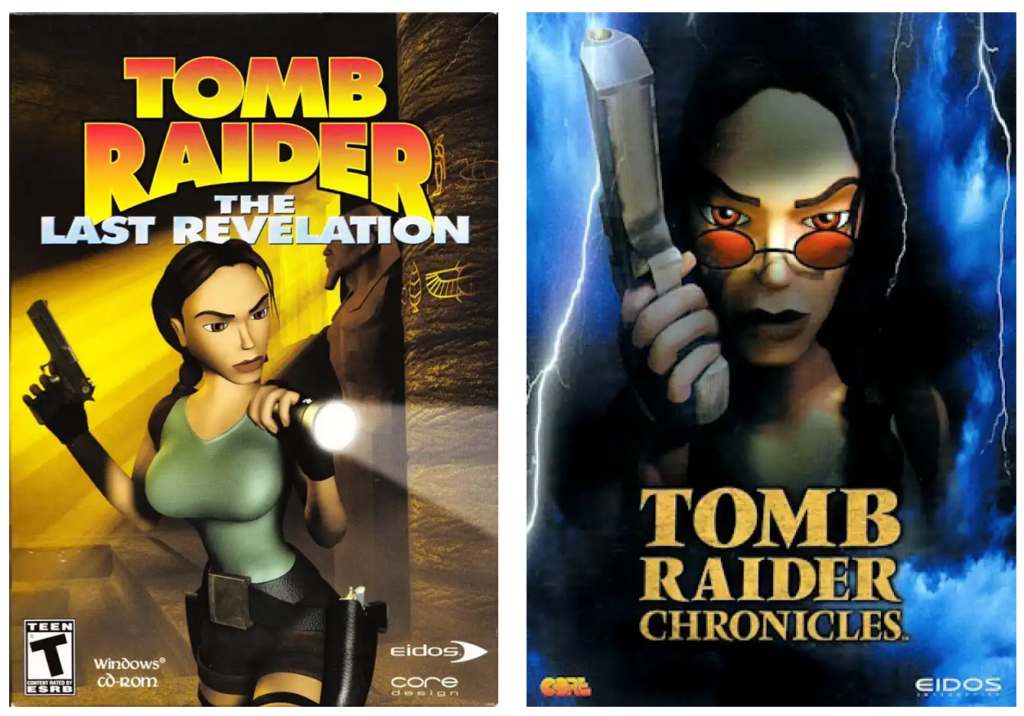 I’m still polishing off my “turn of the century” gaming reviews and today I bring a collective look at two Tomb Raider titles. It’s been five years since I last discussed this series. Five years! I’m slacking! At that time, I did a collective review of the first three Tomb Raider games. In case you missed it, you can read it: here

Before starting, let me say upfront that these games are old and they do not always play well with modern systems. In fact, to get these to run properly you may need to resort to the use of various third-party tools. There are video driver wrappers, full-screen resolution fixes, and other tricks available out there for players who wish to play these on modern systems. It is likely you will require at least some of these if you want to enjoy these on the PC. Of course, these games were also available on the Sony Playstation, so if you are able to play them native or emulated on that system you can save some stress (albeit you might be missing some of the additional content – more on that later).

First up is Tomb Raider: The Last Revelation. This is the fourth game in the original Tomb Raider series and it’s very much more of the same. In fact, I was a bit shocked at just how much like the previous games this title ended up being. The game starts with a brief tutorial showing Lara Croft as a young sixteen year old girl accompanying her mentor as they explore some ruins. Once this initial stage is over, the game returns to the modern time and focuses on Lara as she seeks to retrieve an ancient Egyptian artifact and uncovers a secret archaeological plot. Sadly, very predictable stuff. But, admittedly pretty well done – all things considered. 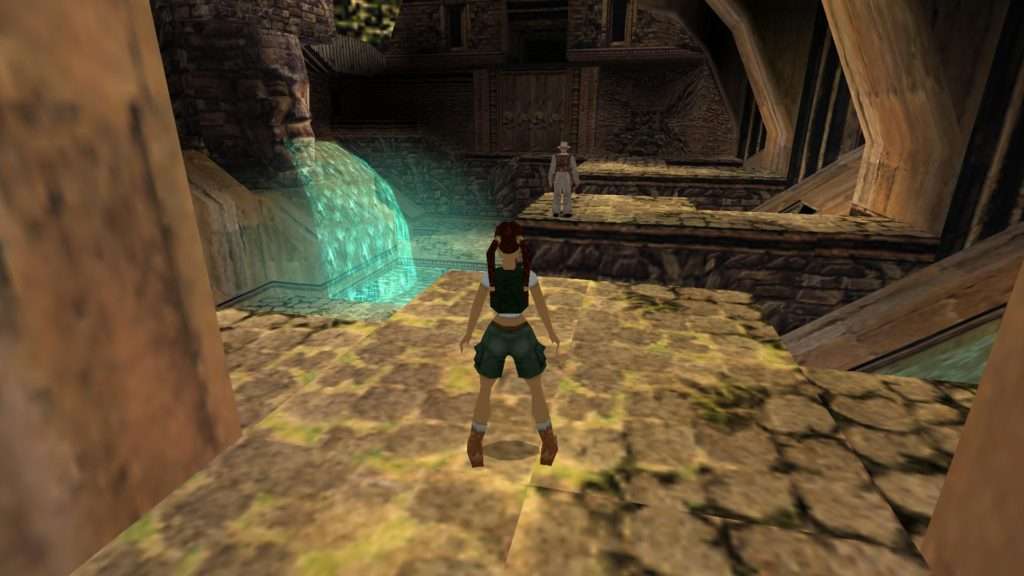 Even though the graphics are similar to the previous games, there are some subtle improvements that make this title a pleasure to look at. Even today, in a world of high definition textures, The Last Revelation manages to be very atmospheric. It has the classic Tomb Raider feel that made the series popular. Also, Lara now has a few new moves at her disposal to keep things feeling fresh in a gameplay model that is quickly running the risk of growing stale. For me, The Last Revelation is a great example of classic Tomb Raider. There’s plenty of content and it’s overall very well done.

As with several of the previous games in the series, it’s worth mentioning that there was a free additional level available for download shortly after the game’s release. This level is included automatically if you purchase the game from GOG. If you purchase the game elsewhere, or still have an original copy, you may need to do some scouring to find it.

Next, let’s turn our attention to the fifth game in the Tomb Raider series: Tomb Raider Chronicles. This one is a bit of an oddball…  I don’t want to ruin the ending of The Last Revelation, but the game ends on a bit of a cliffhanger. Chronicles is a direct sequel, but instead of following a continuous story like all of the games that game before it. Tomb Raider Chronicles is instead a collection of smaller scenarios that focus on a number of Lara’s previously untold adventures.

Gameplay wise, the title works well. But this entry in the series feels largely uninspired. It simply doesn’t hold the magic that the first four games in the series managed to conjure up. Still, fans of the series are likely to find it enjoyable.

In a nutshell, these two games are a welcome entries in original franchise. But the series is beginning to show signs of age. Chronicles is a strong example of what happens when developers cling to a proven model but refuse to take new risks. I’m curious to see how the next few games in the series pan out. 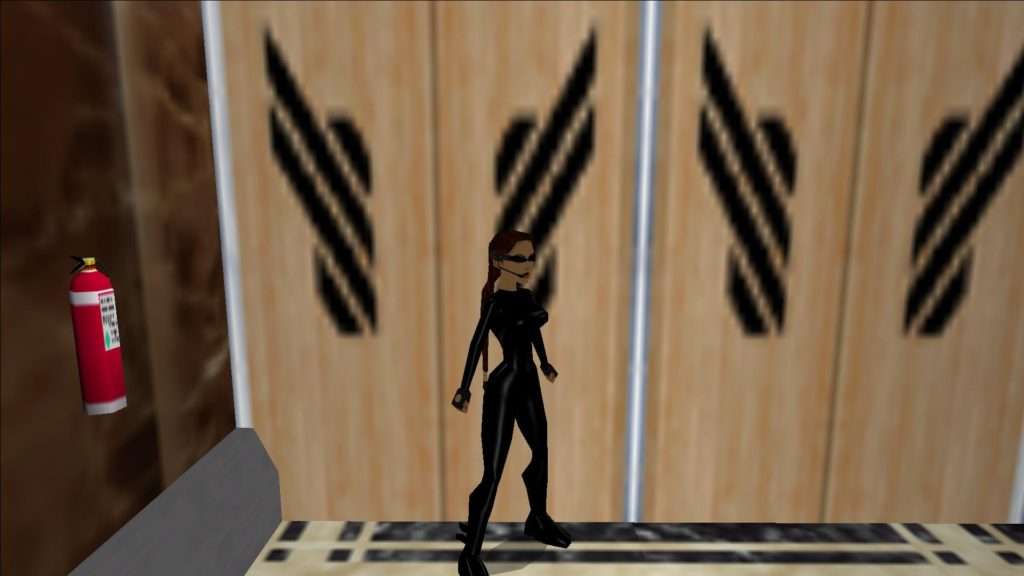 Difficulty: Hard –  The classic Tomb Raider titles held a reputation for being a bit on the tough side. These games certainly continue that trend. In fact, I feel they are even a little harder that the first trilogy. Personally, I find a large part of the difficulty in these games coming from the playcontrol. The PC controls are stiff and stubborn, even with a controller. The console versions are little easier to manage, but not by much. The puzzles are thoughtful and challenging, yes. But by far the main level of frustration in these games comes from the actual gameplay, at least for me.

Story: The storyline for The Last Revelation is very well done. It’s compelling and interesting and it ends with a shocker. Chronicles is a bit of a mixed bag, but it does a decent job linking up with it’s predecessor. Like with the previous games, most of the lore and story is presented through cutscenes that take place in between levels and at the beginning and end of the games.

Originality: At this point there’s nothing new to see here. Yes, there are some novel additions to the games. But adding the ability to walk on tightropes and swing on vines does not help this quickly aging recipe. The game engine is past its prime and compared to other titles of the day, the Tomb Raider series is starting to lag behind.

Soundtrack: The voice acting is fairly well done. The OST for the games vary. Overall, most of the background music is fitting but not particularly exciting. There are a few stand out tracks, however.

Fun: Hardcore Tomb Raider fans will find a good level of enjoyment in these games, especially The Last Revelation. But casual players might have a harder time getting into these. Regardless, if Tomb Raider is your cup of tea, you won’t be disappointed.

Graphics: Despite still piggybacking off the original TR engine, the graphics show some minor signs of improvement when compared with earlier games in the series. That being said, they also lag behind other games of the era. Oddly enough, TR4 seems to outshine TR5 in terms of beauty.


Playcontrol:  For me, the playcontrol on these classic Tomb Raider titles are the biggest issue. Controls are stiff, non-responsive and punishing. Again, the saving grace here is being able to save and reload your game as needed. I’ve played these titles using both the keyboard as well as various gamepads. I can’t decide which works best… either way is riddled with issues. The console versions do feel a bit more natural, but still suffer.

Downloadable Content: Tomb Raider: The Last Revelation received a free playable level that was distributed by the English newspaper The Times. The file is no longer available officially, but can be found on various fan sites free of charge.


Value:  You can snag both of these games together from GOG for $10. Buying them individually on Steam will run you about $7 each. So unless they go on sale, GOG is the way to go. Plus, GOG also happens to distribute the DLC level for Tomb Raider 4.  Even despite their faults, these games are a steal at $10.00.

Overall rating (out of four stars): 2 – At this point, the Tomb Raider series is starting to show its age. These games are far from perfect when compared with the original trilogy – this is especially the case with Chronicles. However, for the price and the amount of content, they are well worth an addition to any gamer’s collection. The biggest thing holding these back are the persistent playcontrol issues and the lack of innovation.