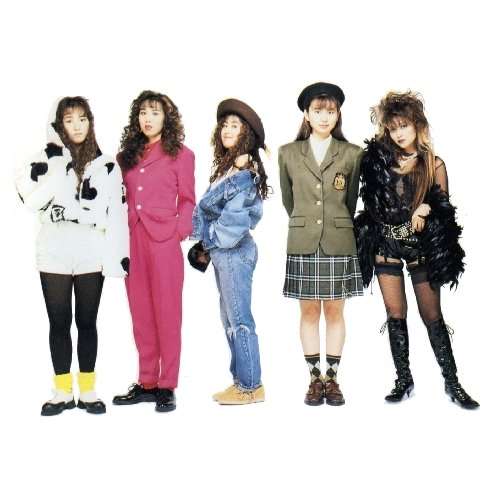 So far my Record Shop posts have focused on alternative rock from the early nineties. Bands like Nirvana and Pearl Jam were certainly big influences on me in my early Rock n Roll days. But, in truth, I’ve always been a fan of different types of music. As a child, I would often borrow vinyl records from my parents. In their collection I found everything from The Doors to The BeeGees. One of my favorite albums as a young kid was actually the Grease soundtrack! As I grew a bit older my personal collection contained everything from Twisted Sister to Madonna. In fact, by the time I was about thirteen years old, pop and hip hop music were actually my primary go-to. Back in those days, I was living in Japan and the record shop on the Air Force base carried an excess of top 40 albums.  If you looked through the stack of CDs next to my boombox, you’d find artists like Mariah Carey, Bell Biv Devoe, MC Hammer – you get the picture. At that time in my life, rock music was not the primary thing on my radar. Oddly enough, the album that steered me back to Rock n Roll wasn’t Nirvana or Pearl Jam. It was a CD by an obscure all-girl Japanese group named Princess Princess.

It was the Winter of 1990 and my family was hosting a “Homestay Student”. This is a bit like an exchange student, except there’s really no exchange. A Japanese student volunteers to live with an American family for a few days to a week to observe their culture. I think this program was something that was exclusively available to military families, I’m honestly not sure. But it was a program that my family participated in on several occasions. For this particular stint, we hosted a sixteen-year-old Japanese girl for the Christmas holiday. She was a music fan and a fellow gamer. Even though there was a massive language barrier, the two of us hit it off quite well. When we weren’t playing Game Boy games together, we were trading music. I was surprised to learn that many Japanese folks were already very well versed in western pop music. So most of this exchange was very one-sided. She shared with me a number of various J-Pop bands. Most of which I’ll never remember since they were handwritten copies that I could not read anyway. But she did leave me with one cassette tape by the group I mentioned above; Princess Princess. This was my first real taste of Japanese Pop Music.

This is a record that is likely going to be very hard to find. Even with the internet and music sharing scene, this is a bit of a rarity. Princess Princess was not a groundbreaking band. They don’t have the following that other pop idols from Japan do. They do not fit neatly into a certain genre. The songs on this record range from hair metal to cutesy pop ballads. Maybe it was simply because it was given to me as a gift, but I wore this cassette out. Even after returning back to the United States, Princess Princess (self titled) was a record that remained a personal favorite.  Allow me to share this gem with you.

1: ROCK ME –  The first track on this record starts with an electric guitar riff that immediately calls bands like Van Halen and Motley Crue to mind. But as soon as the Japanese female vocals kick in, you know that this is not your average hair metal band. This track is simply stellar. It’s the type of song that you’d expect to hear on any US classic rock station. It’s truly a shame that most people will never have the pleasure of enjoying this song.

2: ティンカーベル (Tinker Bell) – This is a moderate tempo rock track. This one is a bit more bubblegum than the debut song. But it’s catchy and it’s been a guilty pleasure of mine for many years. I’m losing Man Points by admitting that I find this song enjoyable.

3: 台風の歌 (Typhoon Song) – Having sheltered through a number of Typhoons in during my time in Japan, I can honestly tell you that this song doesn’t even remotely call to mind anything close to those dangerous storms. This track is not a favorite of mine, but it’s admittedly infectious. It’s what I call “Candy Shop Pop”. I’m generally not a fan of brass in a rock or pop song, and this song has it’s share. I don’t skip past this track when it comes on, but it’s not one I ever queue up either.

4: 逃げろ (Run Away) – This song rocks. It’s a favorite of mine. Maybe because the first few lines are in English, but this was the first song on the record that caught my attention. I don’t speak Japanese and I’ve never looked up the lyrics to translate them (nor would I, as I fear it might ruin some of the magic), but I feel like this might be a bit of political song. It features a really groovy rock riff and a driving backbeat. Good stuff.

5: ジュリアン (Julian) – This is a sappy power ballad. I remember this track being the favorite of the young lady who gave me my copy of the record. I feel like this might have been one of the singles. Even though this type of song is not really my style, it is a bit of an earworm. I can imagine many Japanese prom dances went down to this one.

6: ROLLIN’ ON THE CORNER – This is another funky rock/brass band tune. Not a favorite of mine, but it has its moments. The chorus is its saving grace.

7: 錆びつきブルース 歌 (Rusted Blues Song) – This is a weird one. It sounds like a Jerry Lee Lewis tune mixed with some weird Asian doo wop group. When I hear this, I see Japanese girls in poodle skirts dancing at the Enchantment Under the Sea Dance. Again, not a favorite but certainly interesting.

8: 月夜の出来事 歌 (Moonlight’s Event) – This is a pure J-Pop track. Even though I can’t speak Japanese, I don’t need to know the language to hear the universal sound of romance and longing. This is a magical track. It might be my favorite.

9: THE LAST MOMENT – This is an interesting tune. It almost has a Spanish flair to it – until the spell is broken by the unexpected sound of a harmonica. This is a hard track to nail down stylistically. But it works perfectly.

10: HIGHWAY STAR – This song reminds me of Van Halen. Its a rocking tune that’s a perfect mix of well polished hard rock and J-pop. It’s a flawless blend of everything that’s great about this record.

11: One – The album closes with a solid jam. It’s mild pop track, but a memorable one. I remember listening to this one on my Walkman as the plane that took me back to the United States lifted off the ground. I can still see myself looking out that oval-shaped window and watching the island of Okinawa get smaller. It’s fitting that this is the final track on an album that will always remind of that magical place.

Obviously, this is very personal record for me. In most cases, I wouldn’t recommend something this obscure to others. But these days, J-Pop and Japanese culture are all the rage. So, if you’re  fan of Japanese music, I’d encourage you to put down the Utada Hikaru CD for a moment and check out something unique.

When listening to albums, I always suggest enjoying them on a nice Hi-Fi stereo system, or on a portable device with a good pair of headphones. The Japanese are perfectionists when it comes to sound quality. This shows on this record. It’s beautifully mastered despite it’s age.