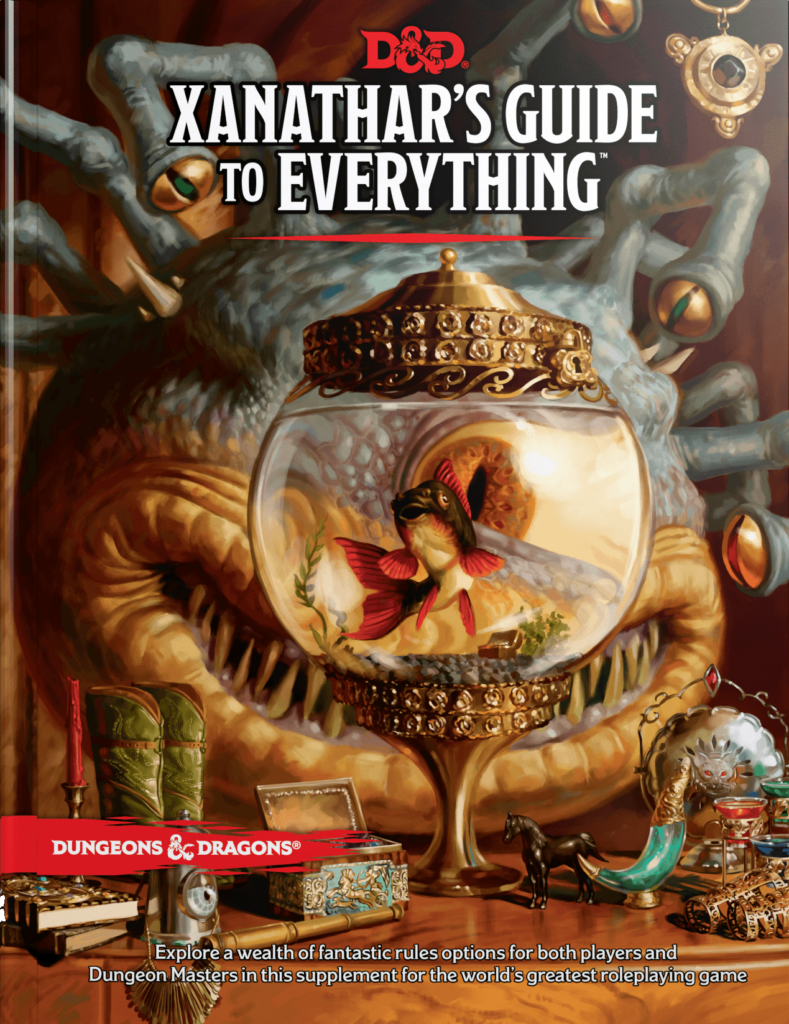 Anyone who has followed D&D since the older days will recognize the words “Unearthed Arcana“. This was title of a rules supplement for the first edition of AD&D. That book added a plethora of new optional classes and rules to the core game. Over the years since, there have been other Unearthed Arcana books released for various editions. These days, “Unearthed Arcana” comes in the form of downloadable rules and options that Wizards of the Coast release to players for testing purposes. This book, Xanathar’s Guide to Everything is a compilation and a refinement of several of those releases.

This should not really be looked at as a core rulebook. But instead, as a compendium of options for both the players and Dungeon Masters to consider. It contains information that should interest both. Let’s take a look at what’s included:

The bulk of the book focuses on new options for existing character classes. Many of these options were previously presented in Unearthed Arcana articles, but they appear here more polished and refined. These, combined with the new spells and magical items really make up the most appealing content. The middle section contains new rules and options for Dungeon Masters. A lot these are very specific and situational, but come in handy nonetheless.

I personally find the subclasses included here to be of exceptional quality. There’s so many good options presented here!  But, players hoping for entirely new classes and races are out of luck. It seems that Wizards of the Coast is a bit gun shy about releasing such things. (Although we did get a taste of some new races in Volo’s Guide). Regardless, this book makes a fine addition to the 5E lineup. In my mind, this is a resource that DMs and players can borrow from in pieces. It has the potential to enhance and expand an already excellent game.But without stepping on the toes of the DM but overriding whatever house rules he or she might already have in place. That being said, I would like to see something a little more substantial in the future. I think 5E has played it safe long enough. It’s time to see some new campaign settings, classes, etc. I want to see a Manual of the Planes, a DragonLance book, a Monster Manual II.… something! May 2018 will see the release of Mordenkainen’s Tome of Foes, this new rule expansion will include monsters and playable races. So we’re getting there.

With this post, I am now all caught up on official Fifth Edition releases. From now on, posts will be made as products are released. I may occasionally take a look at some of the more popular third-party releases. I also plan to post updates on the site in regards to my upcoming home campaign. So stay tuned! 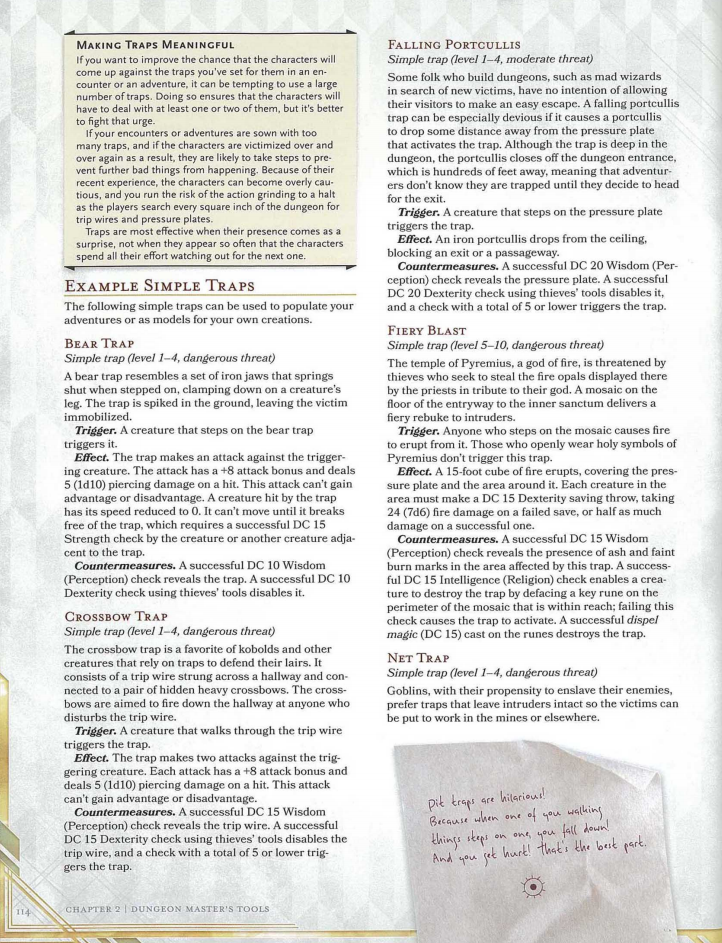