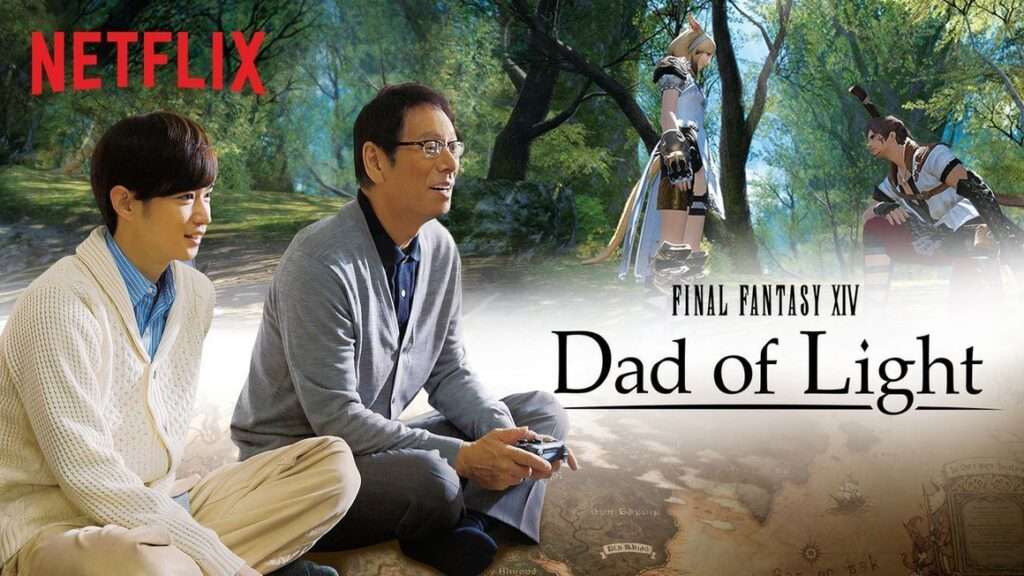 Welcome to the very first “It Came From Netflix…” post! If you’re not sure what this is all about, you can read my announcement here: “It Came From Netflix…” – In my first review for this new feature, I will be discussing an interesting Japanese drama; Final Fantasy XIV – Dad of Light.  Since Final Fantasy games are a big part of this site, I thought this show would make a perfect segue into this new series of articles.

Netflix has recently introduced a number of foreign films and television shows. Dad of Light is one of them. Now, let me state of up front that this show does not chronicle the events of a particular Final Fantasy game, nor does it feature characters from the series. Instead, it’s a show about the game. More specifically, it’s a story about a father and son who bond through the online world of Final Fantasy XIV.

The plot is simple, it revolves around a young adult named Akio and his father. Akio works a full time job but still lives at home with his family. When he was a little boy, Akio and his father used to spend time together playing old Final Fantasy games. These days, they have drifted apart. One day, Akio’s father suddenly announces his retirement with no explanation. In an effort to rekindle the relationship with his dad, Akio purchases a Playstation 4 and a copy of the online game Final Fantasy XIV and presents them as a gift to his father. His plan is to secretly meet up with his father in the game and befriend him. Then, eventually reveal his identity in hopes of forging a stronger bond through the experience. 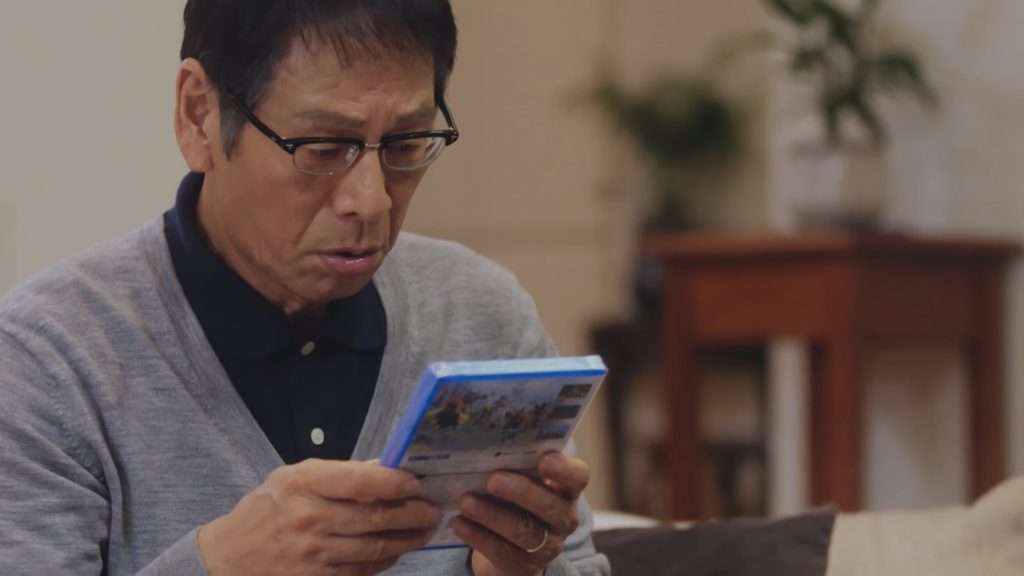 The series takes place largely in the real world. But occasionally, certain scenes are shown from an in-game perspective. A large part of the comic relief comes from the interactions between the father’s character and Akio’s in-game persona. The show itself is presented in Japanese with English subtitles. As is the case with most Japanese dramas, it can be oddly quirky at times. But is overall, very charming. There are a few adult situations but for the most part, the show is largely family friendly.

When the series was originally announced in Japan, it went by the rather unflattering name “Daddy of Light”. Yuck… I’m glad to see that Netflix took some artistic privilege when bringing the title to US viewers. I first heard about the series online, shortly after it’s Japanese release. It was no secret that the production company was shopping the series around to American distributors. I was nearly certain that it would be snapped up by Crunchyroll, a company that specializes in Asian media. But, much to my surprise, Netflix got the exclusive rights to the show.

The good thing about this series is  that even viewers who have no interest or knowledge of Final Fantasy XIV will be able to watch and enjoy this show. Of course, players of the game will certainly recognize certain elements and may get a bit more out of the experience. I watched this series with my entire family, and it was enjoyed by all. 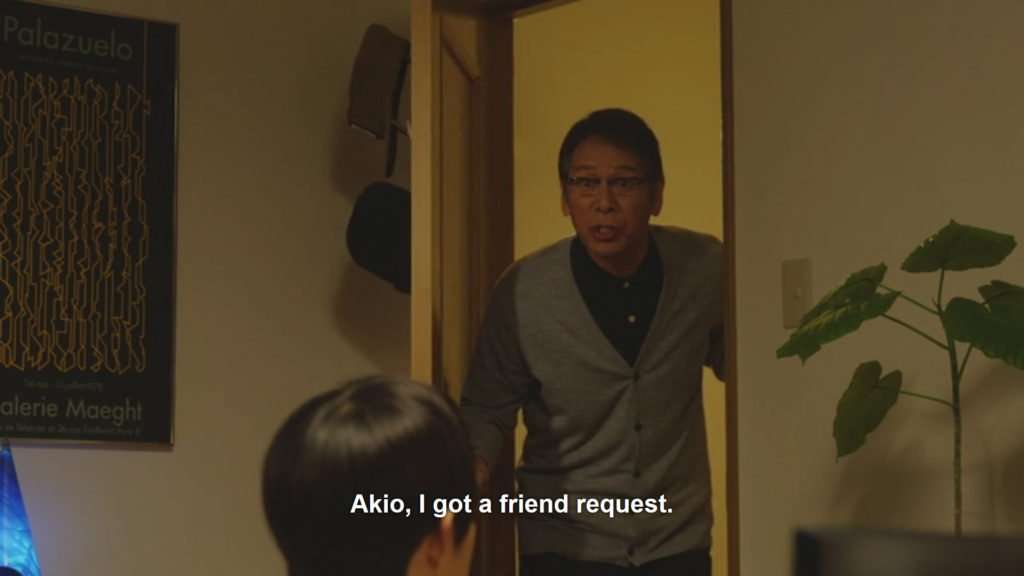 All in all, Dad of Light is a heartwarming series. The storyline is very self-contained and there’s pretty much no chance of a second season. Many Japanese television dramas typically only last for one run. In a way, they could be compared to what US viewers know as a “mini-series”. So there’s very little time investment if you simply want to try something new.

If you’re new to foreign media, this series is a pretty good starting point. It’s familiar enough to comfortable, but it still has just a touch of foreign “strangeness” to stand out on its own. 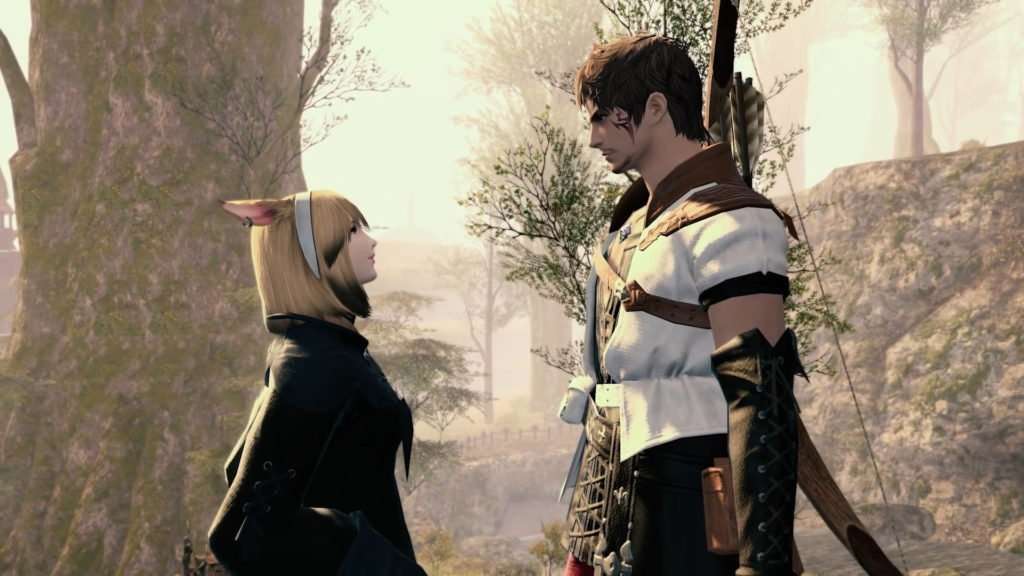 Target Audience: This show is aimed towards a general audience, but fans of Japanese culture, anime, and Final Fantasy are likely to be more drawn to it than others.  It’s a good launching point for Western audiences who are not familiar with the Asian Drama genre.