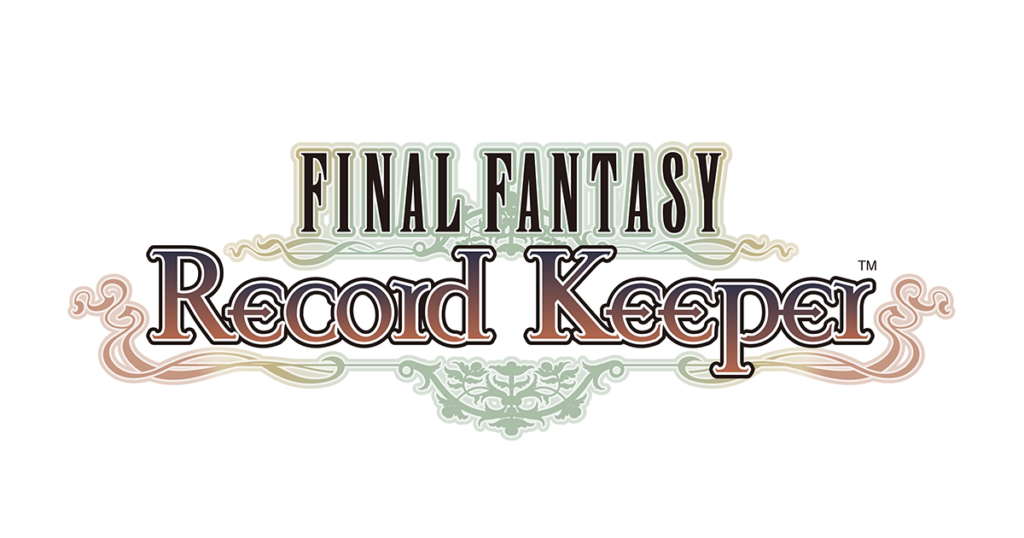 In terms of mobile games, this is an oldie. Final Fantasy Record Keeper was originally released back in 2015. I’ve been playing it off and on since its debut, so I feel pretty bad about neglecting to mention it sooner. Record Keeper is a strange little game. It features a new character by the name of Tyro. Tyro an assistant in a cosmic art gallery that archives all of the events from across the Final Fantasy series. Recently, several records have become tainted and Tyro is tasked with entering the paintings and restoring them to their former glory. In doing so, he relives various events and battles throughout the Final Fantasy universe. 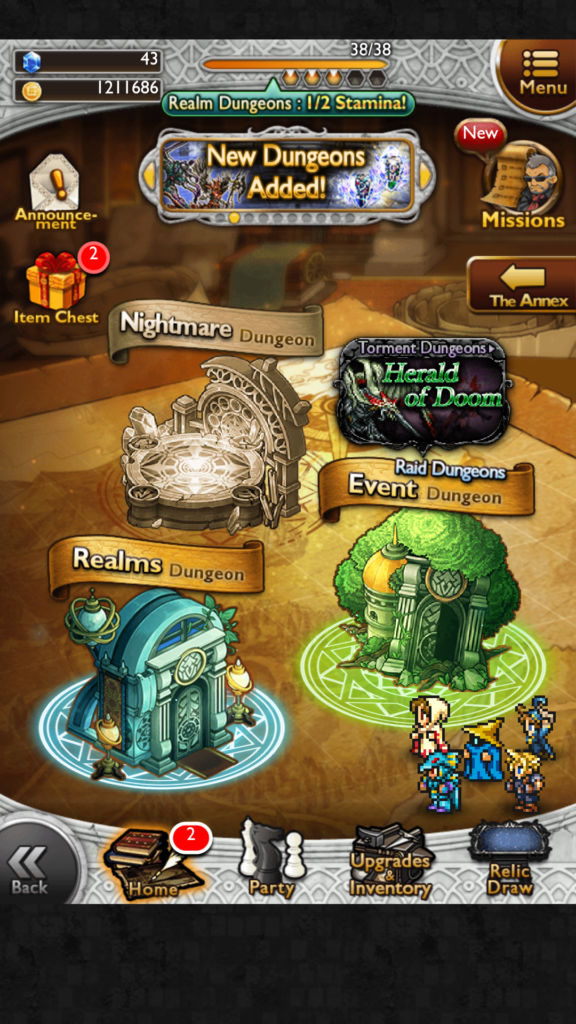 The actual gameplay is similar to other mobile style RPGs. Players can spend stamina to undertake expeditions into various dungeons and events. Once your stamina is expended, you must wait for it to recharge or you can pay real money to replenish it. The main point of the game is to collect and upgrade characters to use in your party. You can then continue to explore new and more challenging areas. The game receives regular content updates that add new scenarios and characters often. There are also special limited-time events that offer rare and exotic prizes.

The lead character, Tyro, is unique in that he can equip all items and abilities. While other characters do come with restrictions on gear. Items are rewarded as you clear stages and also via a “gacha” draw system. Again, players have the option to pay real money for draws. Some characters are more suited than other for particular levels, so it’s always important to keep a variety of secondary characters equipped and leveled up. 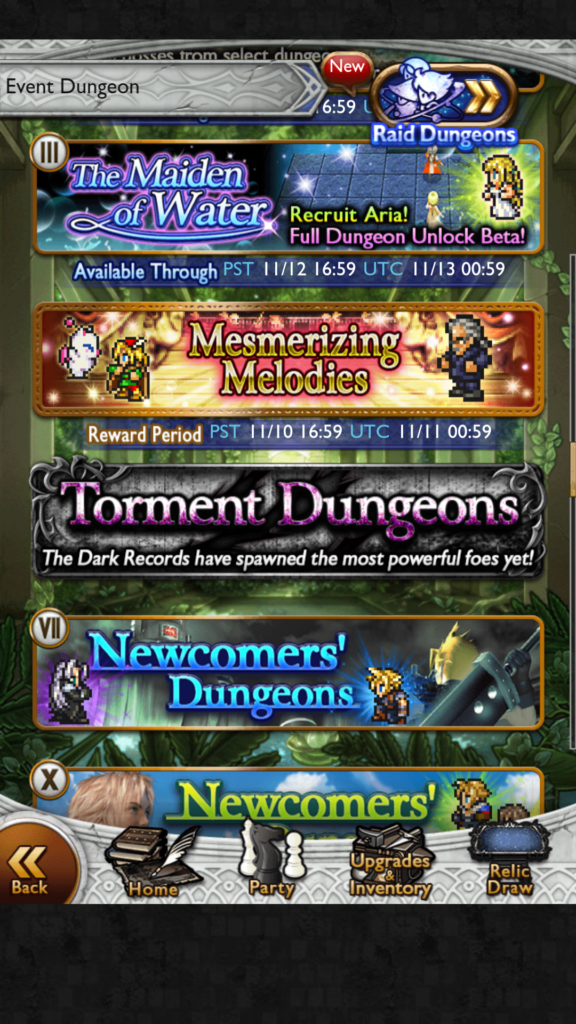 Record Keeper was SE’s first foray in the whole micro-transaction based mobile game environment. As a result, the game does show it’s age when compared with SE’s more modern mobile offerings. But that doesn’t mean it’s not worth a look. As far as mobile games go, Record Keeper is pretty standard. It follows a tried-and-true profit model without being overly predatory like some mobile titles.

The main focus of the game is turn-based combat. It is very reminiscent of early Final Fantasy titles. So, the game will most likely appeal to fans of the Final Fantasy series, but even someone who has no experience with the franchise can enjoy this title. More than anything, this game is one big nostalgia trip. It’s a fun way to revisit classic Final Fantasy games on the go.

Finally, mobile phone users who play games like these often run into the situation of data loss. This can happen is you have to perform a factory reset on your device, or if you upgrade your phone, etc. Record Keeper offers a few solutions for data backup. First, if you’re an Android user – have no fear! Your game data is automatically linked to your Google Play Games account. iPhone users can link the game to a social media account for backup if they choose. There’s also a data transfer option for the fearless, if you want to jump between devices. 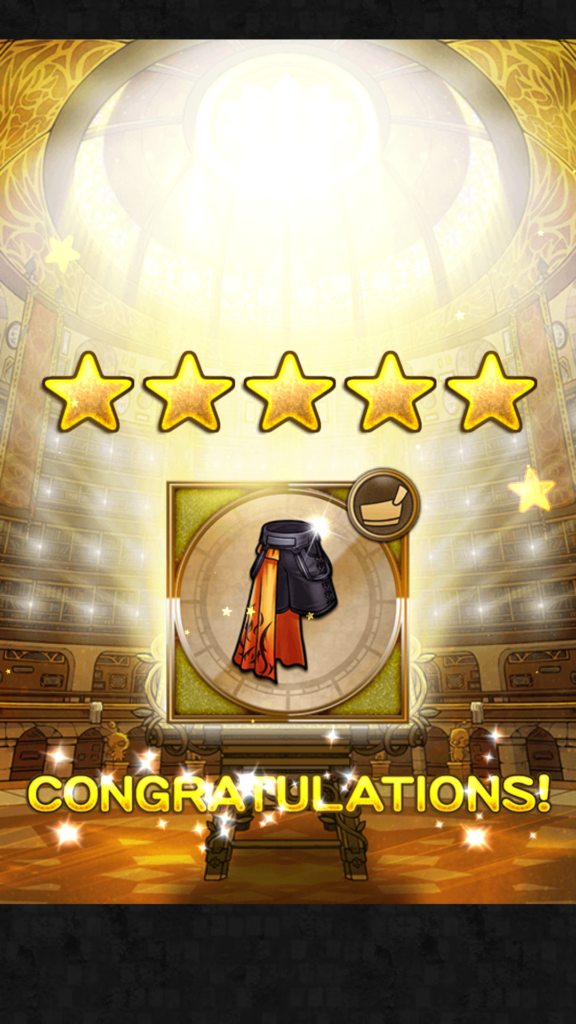 Difficulty: Easy –  As is true for most mobile RPGs, the base game and storyline quests do not provide much of a challenge. Special events and hard mode areas, however, are pretty tough. For me, the overall difficulty feels balance and appropriate.

Story: The main focus of this game is nostalgia, not lore. The game features a very bare-bones storyline that sets up an excuse for our new hero to visit classic Final Fantasy locales and characters. But other than serving as a vehicle for that, there’s not much in terms of actually story.

Originality: Being the first real mobile title in the Final Fantasy series, Record Keeper took the framework that has been applied to previous successful mobile games and brought it home for fans to enjoy. In that regard, Record Keeper was welcome and fresh upon it’s release. These days, it’s easy to lose it among a sea of other similar titles.

Soundtrack: The game scores high marks here. It features an original soundtrack as well as music ripped straight out of the main series. There’s plenty of variety and it’s all very well done.

Fun: Of all the mobile Final Fantasy titles, this one is probably my least favorite. But, it’s still very entertaining and I wouldn’t think of removing it from my device. It’s very easy to lose yourself in the game for long stretches. But the game also does just as well when played in short spurts.

Graphics: This game mixes cartoon-style art with retro-sprite graphics and it does it well. The art direction of the game is one of my favorite aspects. The game looks sharp and colorful on any mobile device regardless of screen size.


Playcontrol: No real issues here. This is a simple tap-based interface. Purchases require confirmation, everything is clear and concise.

Overall score (1-100): 65 – Record Keeper is an original and interesting mobile title, but one that relies almost exclusively on nostalgia to stay afloat. Still, fans of the series can find a lot to love about this little game. That being said, it’s unlikely to appeal to anyone who is not already emotionally invested in the series.