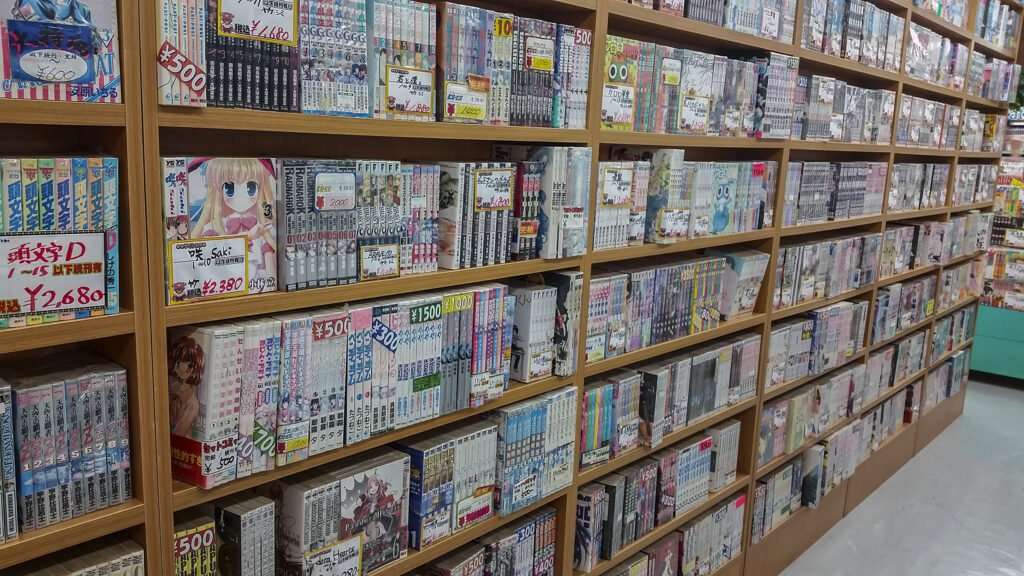 It’s no secret that I’m a fan of comic books. It is also not a secret that I harbor a deep love for all things Japanese. So why have I never talked about manga? After all, manga are nothing more than Japanese Comic books! Well, there is a story there…

Back when I was a young lad living in Okinawa, my family briefly resided in an apartment building in downtown Ishikawa (now called Uruma).  My front yard was essentially a parking lot for a massive Pachinko parlor. So, for my brief stint living downtown whenever I wanted a place to play, instead of dodging traffic, I’d actually go out onto the rooftop of the apartment. Most of the kids in the apartment building would play up there. One day, while I was hanging out on the roof, I noticed that someone had left behind what looked like a thick phone book. Upon closer inspection, I realized that it was a Japanese manga. Now, being an American, I had never seen anything like this. The content was much more mature than anything I’d ever come across in a Marvel or DC book. It was some sort of crime story and it was extremely violent. It was interesting, but not really my cup of tea. I flipped through it for a moment and then left it where I found it. Over the course of my three-year stay in Japan, I encountered many other manga books. But of course, not being able to read Japanese, I also didn’t give them much attention.

Fast forward several years later… I’m back in the USA and Japanese culture is gaining in popularity. I now see manga starting to pop-up in local bookstores. On a whim, I pick up a book that looks interesting and bring it home. This book was Chobits, a story about a young man and his personal android companion. I become hooked instantly and ended up reading the entire series in just a few days. Sadly, the cost of these little books was a little too high for my budget at the time. So, I decided to willingly put off this new hobby for the time being.

Time goes by and anime and manga have become even more popular. These days, nearly any bookstore in the US is going to have at least one single shelf dedicated to manga. A few years back, my oldest son talked me into watching the Sword Art Online anime with him. I ended up enjoying it much more than I expected, so I decided to give the manga version of the story a try. Again, I became hooked immediately. In fact, I actually liked it much more than the anime.

At that point, I could no longer deny it: I like manga. Despite my deep-rooted love of Japan, I try my very best to avoid being labeled as a weeabo. Sadly, this is another mark in the “Is Sensei a Weeabo?” column… But I’m still resisting!

So, what does all this mean? Well, it’s simple. I’m going to throw manga into the overall “comic book” topic on this site and include them in my reviews. In the coming days, I’ll be introducing my first manga overview. I hope you enjoy it.