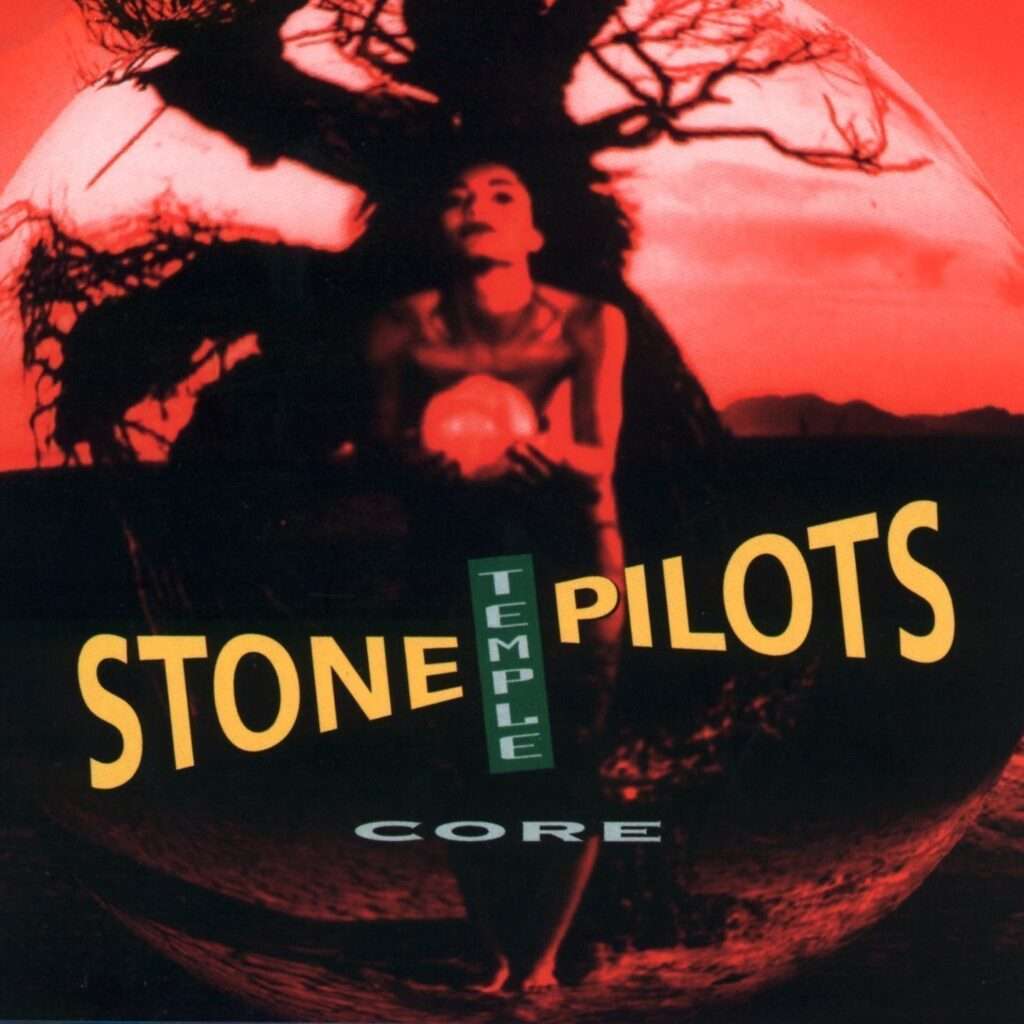 The early nineties was the golden age for alternative rock music. Bands like Pearl Jam and Nirvana were dominating the scene and new groups were popping up so fast that it was nearly impossible to keep up. A large number of these were obvious copycat bands that were simply trying to ride the coattails of more famous acts. Groups like these would disappear just as quick as they could spawn. Stone Temple Pilots was often accused by critics as being one of these copycats. Their hit song “Plush” certainly sounded a lot like what Pearl Jam was doing at the time. The production of the track all the way to the vocal style just felt very “Pearl Jam-ish”. But those who took a moment to listen to the other songs included on their 1992 album Core, would be quick to discover that’s where the similarities ended.

As time would go on, Core would eventually come to be heralded as one of the best rock albums from the nineties. This is a proclamation that I fully stand behind. For a debut album, Core is an impressive feat. The songs are powerful, compelling, catchy and well-written. This record first caught my attention with the release of the single, “Plush”. This song was a freaking monster when it was released. It was all I needed to go out and buy a copy of the CD. Once I settled down to digest the entire album, what I found was an amazing example of artistry. This was not the typical grunge “flavor of the week”, this was rock and roll – as it was meant to be. Real, unbridled, in-your-face ROCK.

Let’s take a closer look at the album track-by-track.

1: Dead and Bloated – The album starts off with the semi-muted sound of Scott Weiland’s voice shouting the opening lines to the song. This is followed by two powerful whacks to the snare drum… then the whole band kicks in. This opening jolts the listener to attention and the track never lets go until the very end. The verses are catchy and the chorus is melodic and beautiful, yet still hard and abrasive. This song does a great job at defining the overall sound of the Stone Temple Pilots. It’s a fantastic opener to the record.

2: Sex Type Thing – This is actually the first single from the album. It’s a powerful, crunchy rock track that takes the momentum from the first song and actually cranks it up a notch. This song came under a bit of scrutiny during it’s original release. It was claimed that the lyrics glorified rape and violence against women. However, as artists tend to do, Weiland actually illustrates absurdity and cultural problems by personifying them in song. This has been a staple of rock music for as long as it has existed, critics and media still don’t get it. Controversy aside, this is a fantastic track and one of my favorite STP songs.

3: Wicked Garden – This song is another fan favorite, despite never being officially released as a single. This is a powerful track that really illustrates the songwriting prowess of the band as a whole. Everything from Weiland’s vocal delivery to the cohesiveness of the DeLeo brothers is on display here.

4: No Memory – This track is a short instrumental segue. Some would call it filler, some would claim it is nothing more than an intro to the next track. In truth, it’s really nothing special on it’s own, but it does serve as a nice intro to the next song, Sin.

5: Sin – This is probably the first real track on the album that some would consider forgettable. Sin is a mild-tempo rock song. It’s well written but not overly spectacular. It fits in very well with the rest of the album, but when compared with a number of other tracks on Core, it doesn’t shine on its own.

6: Naked Sunday – This song is a bit of a forgotten gem. This is a powerful tune with a great vocal delivery but it tends to be overlooked by many due to the large number of other hits on the album.

7: Creep – This is the first acoustic track on the record and also the third single. It is important to note that the single version that’s usually heard on the radio features a slightly different vocal delivery towards the end of the song. This radio version is a bit of improvement in my mind, and to me, is the definitive version of the track. That being said, the album version is still great. It’s certainly one of the highlights of the record.

8: Piece of Pie – Like Naked Sunday, this is a great track that is often overshadowed by the rest of the record. It’s groovy and very well done. But, it has a difficult time rising to the top of the pack.

9: Plush – This is arguably the crown jewel of the album. This was the second single and one of the biggest hits for STP. This song originally drew a large comparison to Pearl Jam by critics, but as time has gone by, these criticisms have largely faded away. Plush is a powerful, well written staple of nineties rock radio. It is an unforgettable classic.

10: Wet My Bed – This is an odd little throwaway track. It features some interesting production qualities, but is ultimately forgettable.

11: Crackerman – After a handful of mild-tempo songs, Crackerman cranks up the power and delivers some more driving rock and roll. Again, despite not being a single, this song received significant airplay and is another fan favorite.

12: Where the River Goes – The album closes with a bit of a wind-down. This track still features a thick and heavy sound, but it brings the tempo down a bit. It’s not anyone’s favorite song, but this track serves as a good finisher to what is a great album.

Core is an example of rock and roll done right. The nineties were an odd time for rock music. It was easy for bands to get stuck with a specific label and to focus on singular type of sound. During a time of grunge, STP reminded the world that sometimes it is okay to just “rock”.

When listening to albums, I always suggest enjoying them on a nice Hi-Fi stereo system or on a portable device with a good pair of headphones. The production of this record is great and still stands the test of time. There is a new 25th anniversary deluxe edition that doesn’t fall victim to the wiles of over-compression, like so many modern releases do. Either version of the album would serve well for a new listener.