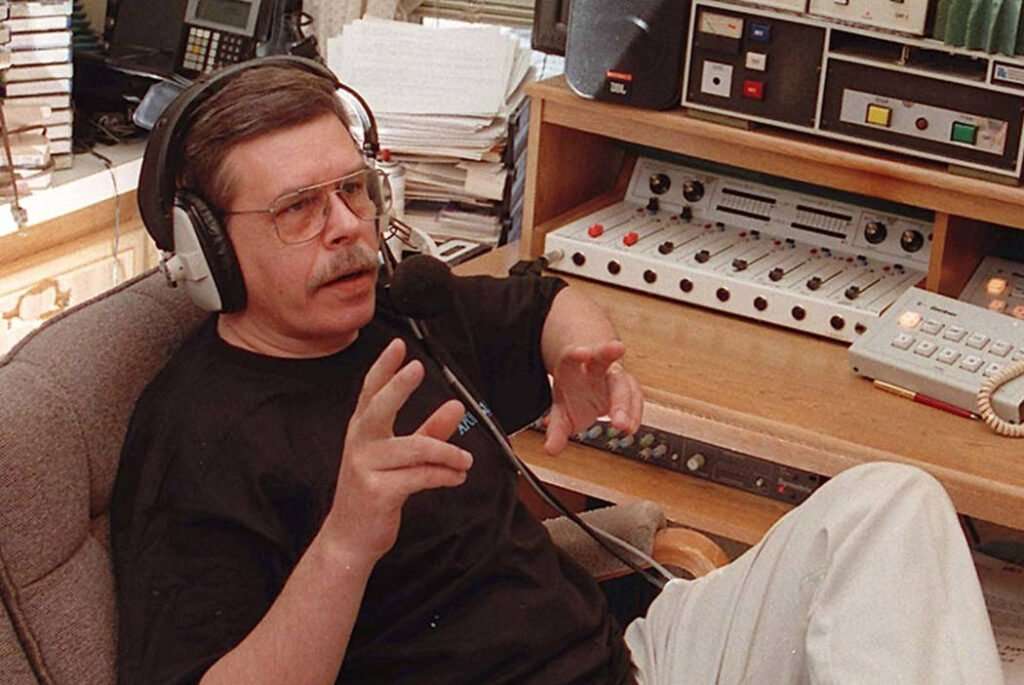 It was a late fall night in 1997. I was driving home from my drummer’s house after an all-night rehearsal. The tape deck in my car was on the fritz and none of the FM stations were playing anything of value. I was groggy and the rhythmic passing of the dotted lines on the highway were lulling me closer and closer to the danger zone. Out of desperation for something to keep me awake I switched the radio dial to AM and began to spin through the stations. That was when I discovered him.

A baritone voice boomed through the speakers, “Wildcard line, you are on the air!”

What followed was some of the most interesting  radio I had ever experienced. A caller claiming to be a government employee working at Area 51 had called the talk show. His voice was panicked and only grew more distressed as he continued to speak. He was issuing a warning to the listeners. The host, Art Bell, remained calm and patient and attempted to ease the caller. That’s when the feed was cut. The show went silent. After several long minutes a commercial aired, it was followed by the voice of Art Bell. He explained that a loss of signal caused his broadcast to go off the air temporarily. (As it was later revealed, the entire radio network that hosts the show lost their satellite signal). It was riveting. Was it a hoax? Was the caller a simple joker who just happened to be followed by a consequential network outage? Or was it something more nefarious… a government conspiracy? Over the years, this odd string of events has today become a bit of an urban legend. But needless to say, it kept me awake and alert for the rest of drive home.

From that moment forward, I was an Art Bell fan. His shows Coast to Coast AM and Dreamland were almost required listening at my home. If was up after midnight, Art Bell and his paranormal talk show was on my radio. Art was my companion for many late night gaming sessions, believe me.

As the years went by I stood by Art and his many retirements, jumps to other networks, and eventually the founding of his own online streaming service. Sure, I’ve rolled my eyes at some of the personal dramas surrounding his later years. But, there has never been anyone like him on the air.

From the subject matter, to his iconic voice. Everything about Art Bell made him perfect for overnight radio.

This morning I woke up to news about his passing.  The ride is over, but his fans will never forget it.