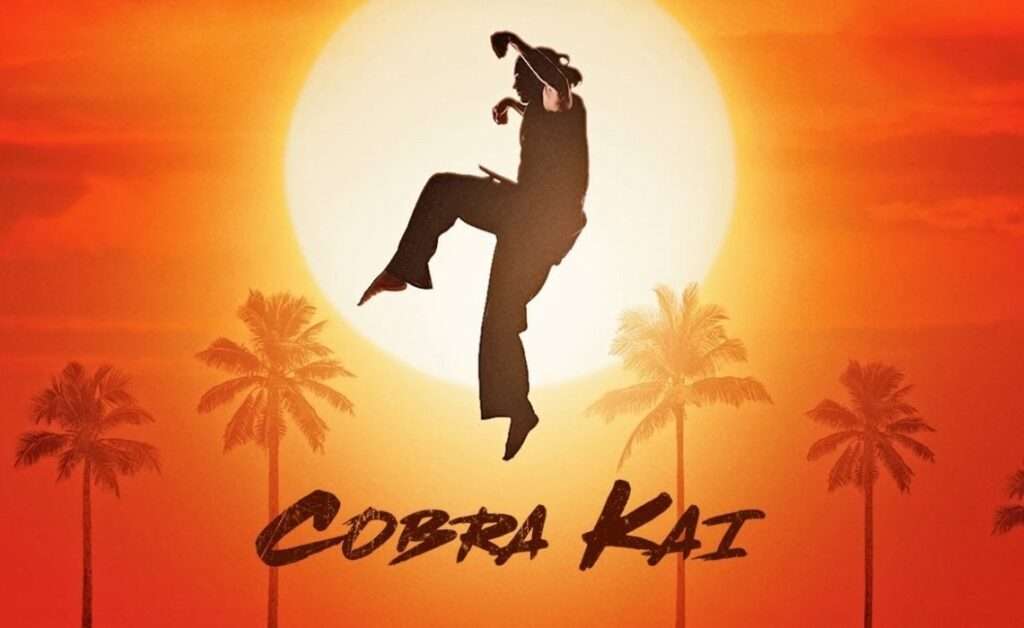 For my second “It Came From…” entry, I’m going to change things up a bit. I’m jumping from Netflix to YouTube. That’s right, in case you weren’t aware, there actually is a paid version of YouTube called “YouTube Red”. Until recently, there was never a lot of discussion about it as a platform because… well, there was really nothing of value to talk about. Most people knew YouTube Red only as a paid option that allows you to skip those pesky YouTube advertisements. For me personally, it was included as a bonus with my Google Play Music subscription. I certainly enjoyed the ad-free experience of YouTube Red, but I never considered it of any real value by itself. It seems like I was not alone in that sentiment…  Very few people paid YouTube Red any real attention when compared to other streaming services like Netflix of Hulu.

Finally, the day came where Google took notice of this and decided to make a push for better and exciting content. They needed something that would be instantly recognizable and that could generate buzz. Well, They found it. On May 5th, YouTube Red became the home to Cobra Kai. This ten episode continuation of the Karate Kid franchise took off like rocket and hasn’t stopped yet. 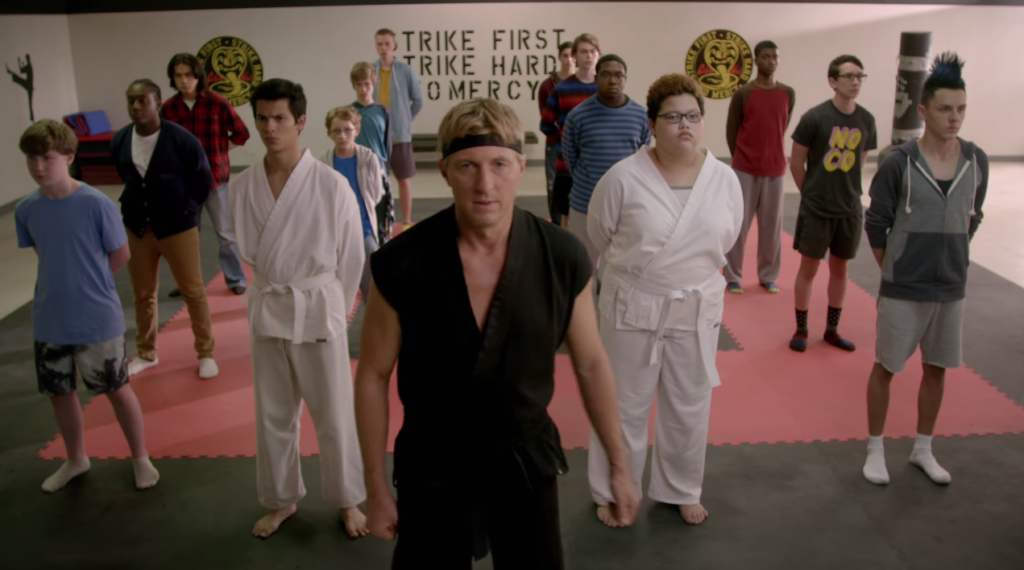 Who doesn’t love Karate Kid? As a child growing up in the 80’s, watching it was a rite of passage. I saw both the first and second movies on HBO back in the day and became an immediate fan. When my family moved to Okinawa in the late 80’s, the island was still booming from the sudden interest that Karate Kid 2 had brought to the local culture. Everywhere you looked street merchants were peddling headbands or daiko drums. So to me, the series holds a special place in my heart.

When I heard that a sequel series was coming to YouTube, I was cautiously optimistic. I loved the first two films, but the third film was a bit of a dud for me. So much so, that I never even bothered with the fourth movie. A big part of me was worried that any attempt to resurrect this series was sure to fall flat on its face. Karate Kid is a period piece. As such, trying to emulate the vibe of that film in a modern setting is likely to fail. Thankfully, the creators of Cobra Kai recognized this and avoided the traps that most writers would easily fall prey to.

Cobra Kai takes place in modern times. It’s been 30-odd years since the events of the Karate Kid films. Daniel LaRusso is now the owner of a successful auto dealership. His childhood rival Johnny Lawrence has not been so lucky. In today’s world, Johnny finds himself barely scraping by. He floats from job to job and spends most of his money on booze and child support. His life changes when he is inspired to begin teaching karate to a young man who lives next door. When Daniel discovers the Cobra Kai school of karate has been reopened, it sparks a new rivalry with Johnny. 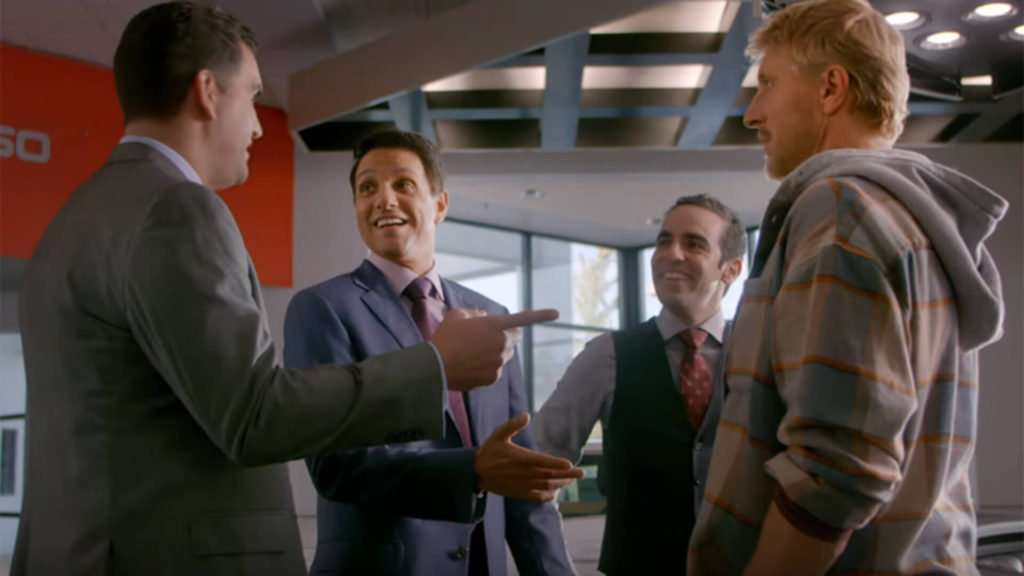 It is easy to imagine that this series would end up doing nothing but paying homage to the original films. But the great thing about this show isn’t really the nostalgia trips (and there are some), but it is actually the quality of the story being told. Daniel is not the star of Cobra Kai, but then again neither is Johnny.  There are a number of powerful compelling characters in this show. These characters and their stories are what make Cobra Kai such a pleasure to watch. It’s like you’re watching a brand new television show, but you already know the last few decades of backstory.

Again, I can’t stress this enough, the attention to the various characters is the best thing about this series. You get to know the character of Johnny Lawrence in a whole new light. You get to experience the story of Karate Kid from his perspective. You find out that he’s not just the “bad seed” portrayed in the original film. In fact, nearly every main character in the show gets this treatment. By the time you’re halfway through the series you have no idea who’s side you’re on anymore. But you can’t wait see what happens next. All of this makes Cobra Kai some of the best television I’ve seen in a long time. It’s funny, inspiring, and worthy of your attention. 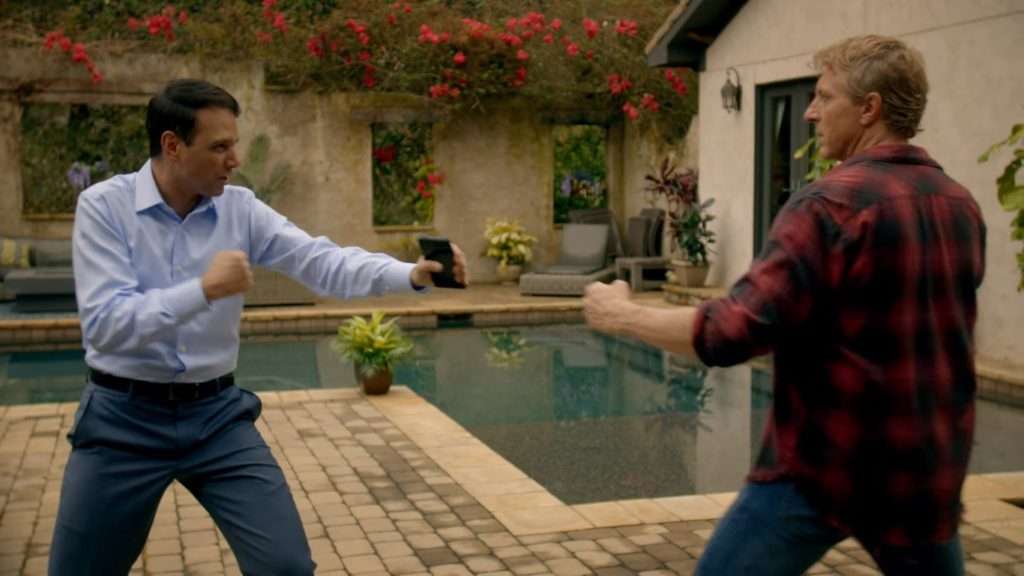 Target Audience: This is a show that actually aimed for general audiences. It’s a must-watch for fans of the original Karate Kid films, but anyone who enjoys a good story will find something to like about Cobra Kai. 80’s nerds and retro-fans will be in for the ride of their lives with this.