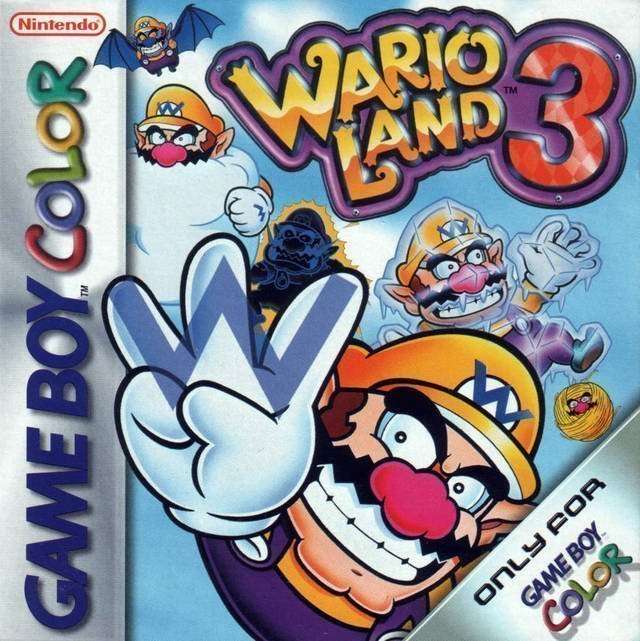 It is so easy to get hung up on RPGs and other complex games that it’s possible to forget about some of the more simpler titles out there. I recently wound up my review for Xenogears, a game that took me several months to complete. By the time I was finished, I knew I wanted my next playthrough to be something a little more relaxed. So I took a look at my backlog and as soon as I saw Wario Land 3 on the list, I knew that would be my next game.

I reviewed Wario Land 2 nearly two years ago. So, it has been a while since I stepped into the quirky world of Wario. Wario Land 3 is a game that I never played in my younger days. It debuted on the Game Boy Color back in 2000. And, like so many titles of the era, it was released during a time in my life where gaming was not a priority for me. As a result, it flew under my radar at the time. 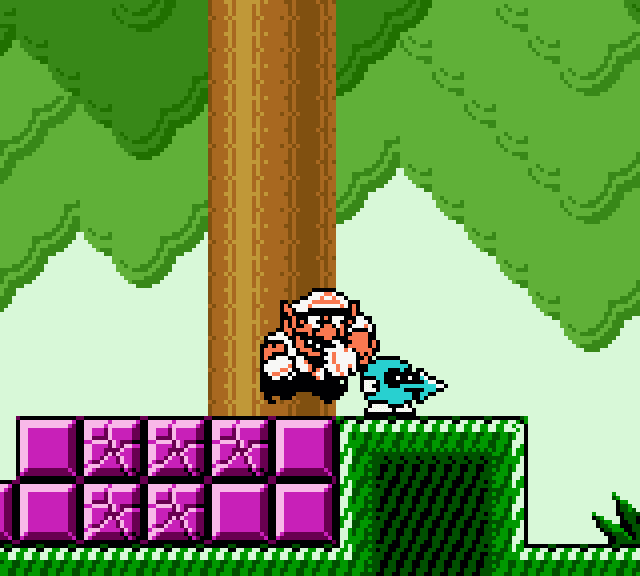 Like most titles in the series, the storyline here is fairly simple. Wario is going for a casual cruise in his cropduster when the engine fails and he crash lands on a mysterious island. After exploring the island for a bit, he comes upon a cave that contains a strange music box. As he gazes at the music box, he suddenly finds himself trapped inside of it! As it turns out, there’s a whole little world inside the cursed box and Wario is not alone; the maker of the box is also trapped inside with him. To escape, Wario must search the land inside this little prison for five other magical music boxes. Once they have all been collected, he will be able to return home with any riches he is also able to uncover along the way. – Yep… sounds like a typical Wario game.

If you’ve ever played either of the first two Wario Land titles, then you pretty much know what to expect in terms of gameplay. Just like Wario Land 2, Wario is invincible in this game as well. He cannot be killed by either his environment or by enemies. However, that is not to say that enemy attacks do not affect him. When attacked by some monsters, Wario will be inflicted with various effects. For example, if he comes in contact with a fire-based attack, he will burst into flames like a torch and run around wildly. If stung by a bee, he will swell up and float through the air, etc. These status ailments, while annoying at times, are actually the key to playing the game. Players will learn how to use them to navigate the levels and solve puzzles. For example, getting stung will enable him to float to an otherwise unreachable platform. This is the essentially the same mechanic that was introduced in Wario Land 2, but it is expanded and a little polished in this outing.

This time, each level contains a number of keys. As Wario collects keys of a certain color, he can use them to unlock the corresponding chest that’s also hidden in the level. Chests contain items that either unlock new areas on the overworld map or give Wario new abilities. Once a chest is unlocked, the level is over. This means that Wario will need to move back and forth between worlds, upgrading his abilities and revisiting previously played levels in order to reach previously inaccessible areas. It is actually quite clever. It is not necessary for players to unlock every chest to complete the game, but completionists will certainly find the extra challenge welcome. This design actually makes for quite a bit of a content. I took me just under nine hours to conquer this title. That’s a quite a bit of time for a handheld platformer. 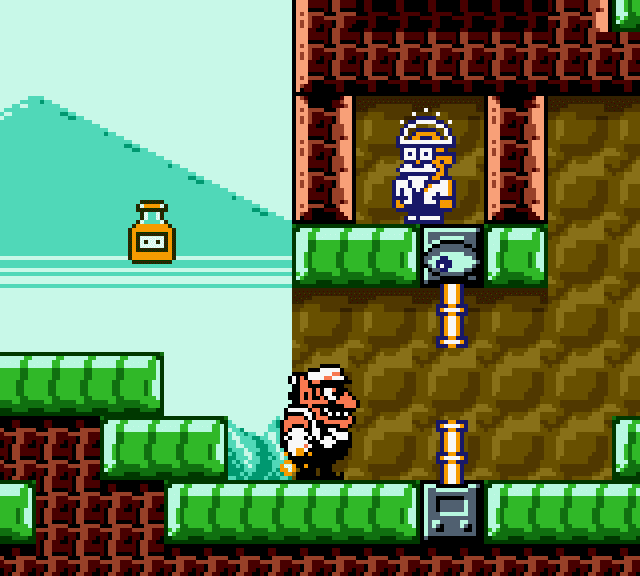 One interesting aspect to this game are the inclusion of the “mini-golf” levels. Occasionally, progress through the game is halted by a roadbloack. These roadblocks are removed by participating in (and winning) a series of golf-based mini-games. To be honest, this mini-game is largely pointless and occasionally annoying. But somehow they seem to fit the weird and quirkiness of the rest of the game. Leave it to Nintendo to be both annoying and entertaining at the same time…

The Wario Land series shows that developers of platform games do not have to be afraid to deviate from the standard formula. This title is a great example of how to both build off an proven method, but still add new ideas and concepts into the mix. For me, I find these games to be a blast. The puzzles make you think outside of the box. And even though Wario cannot die, the game is still challenging in its own way. 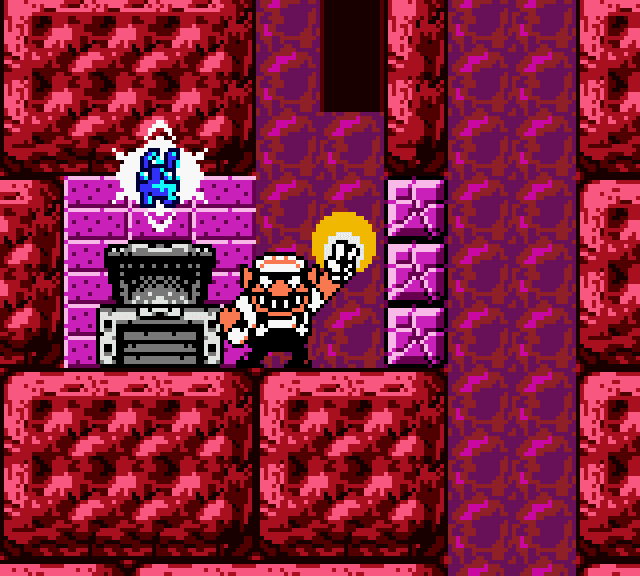 Difficulty: Hard –  When you hear that this is a platform title in which the player cannot die, you might think that makes for a pretty easy experience. Nothing could be farther from the truth. In a way, Wario’s invincibility only makes certain parts of the game even more frustrating. You work hard to scale your way to the very top of a level, your goal in sight – only be to zapped by some random enemy and sent tumbling back down to the very start… Infuriating. To be honest, the main scenario of the game is probably on par with most other Nintendo-era platform titles. But players who want to get the most out of the game and collect all 100 treasures will be in for quite a challenge.

Story: Games like these are not very story-centric. Nor do they need to be. The gameplay is the focus here. But, this title includes a cute little set up with an interesting twist at the end. The background story here is on par with what is found in other platform games.

Originality: Somehow Nintendo has again managed to keep this game from feeling stale. Non-linear, replayable levels with unlockable areas help keep this platformer title feeling like something new. Quite a feat.

Soundtrack: Silly/oddly appropriate music. But nothing spectacular. Honestly, probably the least interesting part of the game.

Fun: This game ended up providing me with much more entertainment than I expected. Just when I thought I knew what expect from this genre, Nintendo tosses in something to keep things fun and fresh. The difficulty felt a little extreme at times and I can imagine that some younger players would get a bit turned off by it. But considering Wario cannot die, it is only a matter of willpower.

Graphics: This game will look pretty dated by today’s standards. But at the time, it featured top-tier visuals for a mobile game. This title is a prime example of what the Game Boy Color was capable of.


Playcontrol: The controls are responsive and accurate. No complaints whatsoever.


Value:  Original copies of this game typically go on Ebay for $20 or less. But, the game is available digitally through the 3DS eShop for only $4.99. At that price, you shouldn’t pass it up. There’s hours of content in the game. Plus, players willing to collect every treasure are treated with a special unlockable “time attack mode” that only makes the game even more replayable.

Overall score (1-100): 90 – Ridiculously good. This game is better than it has any right to be. Despite not being a title you hear about often, Wario Land 3 is packed full of fun. It’s extremely well put together and even almost twenty years later, it still holds up. I highly recommend this to anyone with a 3DS that enjoys retro games.

Available today on: Currently not available   – (Updated as of Spring 2022)