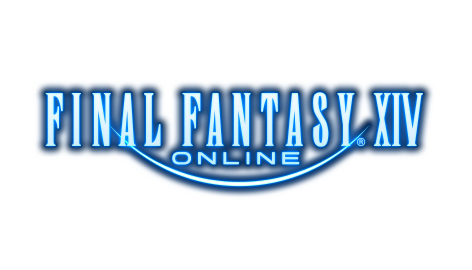 I just completed a post discussing the most recent update to Final Fantasy XIV. But I wanted to take a moment to talk a bit about the current state of the game.

Final Fantasy XIV has been very much an emotional rollercoaster since its release. Like everyone else, I was excited when the game was first announced, only to be be terribly let down by all the bugs and lack of content. Then, we had the announcement of 2.0. I found myself re-invigorated. I soldiered through the bulk of 1.0 and looked forward to the promised land on the horizon. Once 2.0 arrived, it seemed like every promise made to us by SE had been fulfilled. Optimism regarding the game was at an all time high. Frequent updates and ever-changing content kept myself, and other players emotionally invested in the game. This was heightened further with the announcement of FFXIV 3.0. The 3.0 launch came and went. The content was good, but it seemed to lack just a little of whatever magic made A Realm Reborn so great. By now the release/update pattern had become very apparent. Q.o.L patches, followed by content patches, each containing and small chunks of storyline content. Things started to feel pretty routine for me at this point. This pattern continued with 4.0. While I LOVED the new areas, jobs, and music introduced in the Stormblood expansion, I could feel my zest for the game slowly settle into a lull.

If that were simply the only complaint, I think everything would be fine. But, there’s been other issues. The most recent offense for me has been the release of the FFXIV Companion app. For years, SE has promised us an app that will allow us to chat with friends, view our characters, make in-game purchases, etc. While the Companion app does indeed deliver on all of these promises, it has really turned out to be nothing more than a giant cash grab by SE. Nearly all of the good features are locked behind another subscription fee. Once I realize this, I was a bit pissed off (to be blunt). And as it turns out, I wasn’t alone. The vast majority of players share this sentiment. But to date, SE has refused to acknowledge our complaints.

To add insult to injury, SE continues to release more and more emotes, costumes, and other digital content to the real money store. Now, I don’t have a problem with this per se. But in my opinion, a game that requires a monthly subscription, should keep optional purchases to a minimum. Instead, SE seems to have doubled down on their real money transactions adding several every month or so.

To get to the point, there’s very little motivation for my to keep my subscription going. There was a time that I would clock in several hours a day on this game. These days, I barely get several hours a month. I typically only play whenever a new patch is released. I grind through the new storyline and quest content. I run the dungeons a few times, tackle the new raids, etc. Then, I’m  bored and done until the next patch hits.

As I type this, I’m seriously considering taking my first break from FFXIV. Maybe just for a short while or perhaps for good. I really don’t know. If I do quit, I’m sure the next expansion is likely to tempt me. But considering the way I feel today, I’m unsure if I’ll actually take the bait. Of course, I’d still cover any major expansions to the game from an informative standpoint here on the site. But will I continue to invest myself into the game? Time will tell.