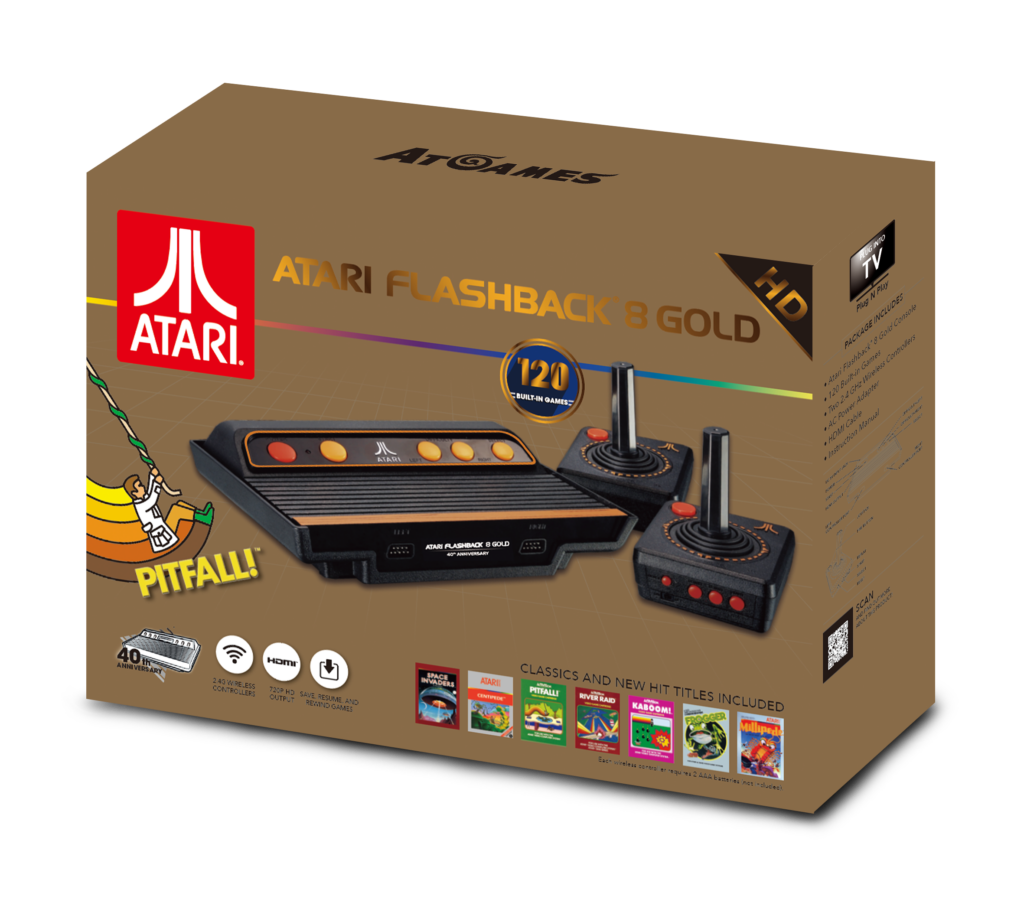 I’ve spent the last two posts talking about some of my favorite golden-age arcade games. This time, I’m going to focus on one of the earliest home video game consoles, the Atari 2600.  Interactive video games had actually been around for a quite some time.But they really hit the mainstream in the late 70’s-early 80’s. Hoping to cash in on what believed to be the “next big thing”, Magnavox developed the Odyssey – the first home video game console. However, it wasn’t until Atari released the Atari 2600 Video Computer System that the public really took notice.

The Atari 2600 was originally released in 1977 and took the market by storm. At last, friends could enjoy two-player video games in their own home. New and unique games were being released for the 2600 at a rapid-fire pace. Famous arcade titles were even being ported to the system (albeit in very poor quality). For several years, it seemed like the sky was the limit for Atari. However, by 1983 interest began to wane for the system. The overall poor quality of many of the games, as well as an over-saturated market ultimately led to the 2600’s downfall.

Many of the best games for the Atari 2600 were actually classic arcade games (Frogger, Pac-Man, Centipede), but these ports are dreadful when compared to the original arcade versions. Regardless, the 2600 still played host to some worthy titles. Four of my favorite 2600 games are as follows: 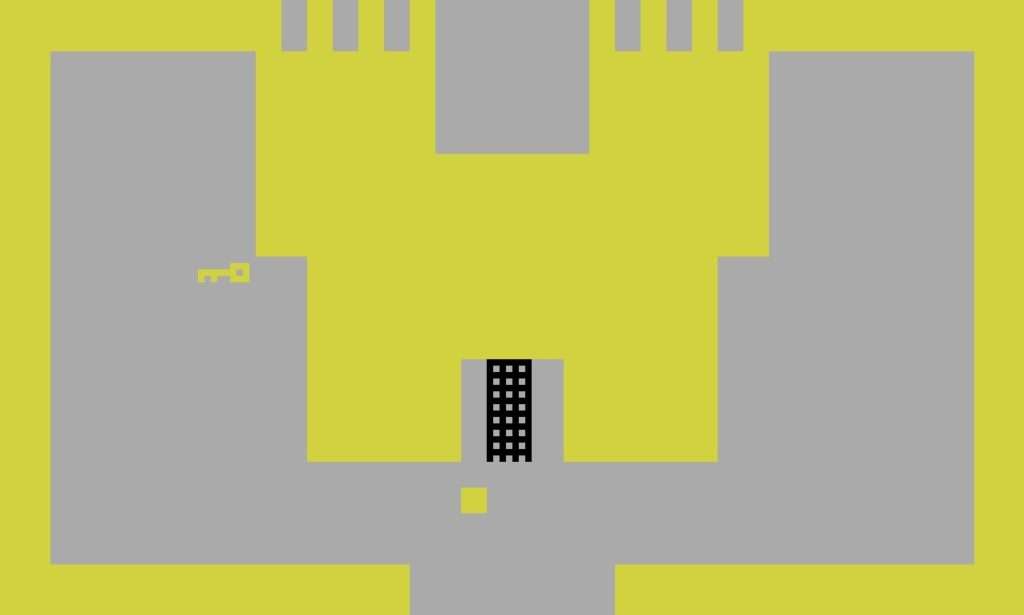 Adventure – This was the first overworld exploration game. The purpose of Adventure is to explore an open environment in search of a magic chalice. Once found, return it the golden castle at the beginning of the game. To say Adventure was ahead of its time is an understatement. Games like The Legend of Zelda likely would not exist if it wasn’t for Adventure. This game invented the concept of free-roaming enemies, “continues”, and even Easter Eggs. Naturally, when compared with modern equivalents, Adventure has not aged well. But it is still worth a look for curious gamers.

Haunted House – If Adventure is considered the first fantasy-action games, then Haunted House might very well be the first survival horror title. In this game, you explore a dark haunted mansion in search of pieces to a broken urn. The gameplay is best described as “bumping around in the dark” while looking for items. To actually find anything, the player must light a match that illuminates a small area around them – but doing so will attract monsters. Haunted House was a favorite of mine as a child. But most everyone I knew refused to read the instruct booklet and therefore did not understand/enjoy the game. This a shame, as the game itself is quite well done. 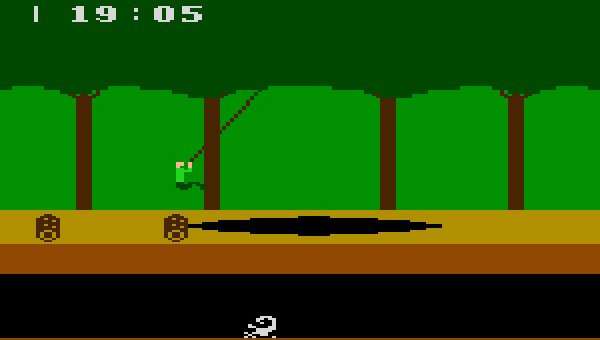 Pitfall! – If I had to pick a favorite Atari 2600 title, it would be Pitfall!.  This is a side-scrolling action game in which our hero must jump over rolling logs, swing on vines, and avoid mean little critters as he searches the jungle for rumored treasure. Pitfall! may have been the first side-scrolling game that I ever played. As a result, it kindled my interest in the genre for years to come. If you are going to play any game that the Atari 2600 has to offer, this is the one I recommend.

Swordquest – As an honorable mention, I’m including the Swordquest games in my list. I’m not doing so because they were particularly good games… but rather due to the legacy that follows them. Swordquest was a series that consisted of three released titles (Waterworld,  Earthworld, and Fireworld), and a fourth unreleased title (Airworld). These games were part of a larger real-life contest. Depending on which game you were playing, clues were hidden in the game’s instruction manual as well as in a comic book that was included with each game. Players who uncovered the game’s secrets could then write in and hope to be selected to participate in a special contest. The winner of the contest would be awarded with actual treasures. The rewards included: an 18-karat gold talisman that was littered with various gemstones, a jewel-adorned solid gold crown, a jeweled platinum chalice, and a gem-encrusted jewelry box. Of these rewards, two were distributed. The fate of the remaining two are shrouded in mystery… The gameplay itself is a mixture of various genres. For the most part, the main areas of the game were similar to Adventure. But occasionally, the style would switch to various puzzles and platform challenges.  Since the games themselves were designed around a now defunct contest, and the storyline for the games has been left unfinished, there’s very little reason to play these titles today. But the mythology behind them still fascinates many. 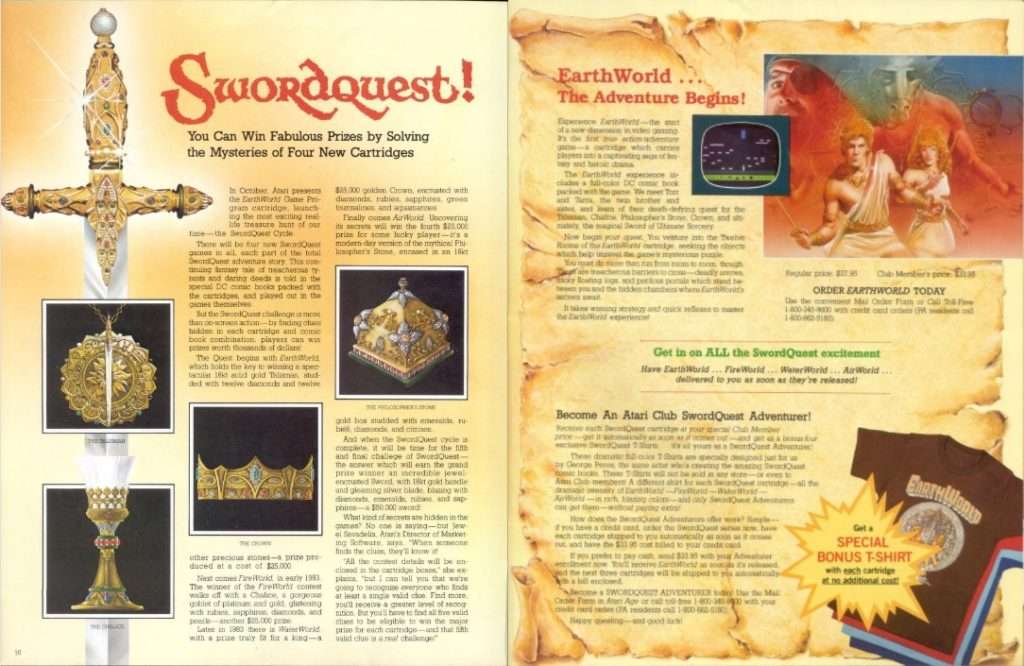 So, let’s say you’re curious and want to get your hands on these (and other) classic Atari 2600 games. How to do that? Well, a vast number of Atari 2600 titles are included in a the Atari Vault collection. This collection features one-hundred classic Atari titles (both 2600 and Arcade versions). Classics like Centipede, Crystal Castles, Adventure, Haunted House, etc are all included. Xbox One and PS4 users also have their own collection of classic Atari games. However, if you’re hankering to play some Pitfall! The Atari Vault will disappoint.  Currently, the only modern way to enjoy that game is on the Atari Flashback console (version 8 or newer).

For 2600 fans, the Atari Flashback 8 Gold is my currently my official recommendation. But, if you can be patient, the Atari Flashback 9 is just around the corner and will included even more long-forgotten games. These consoles simply plug into your TV using an HDMI port. – Just make sure you’re getting the GOLD version if you decide not to wait for the Atari Flashback 9. The non-gold “8” console does not use HDMI and will likely not be compatible with most modern televisions. 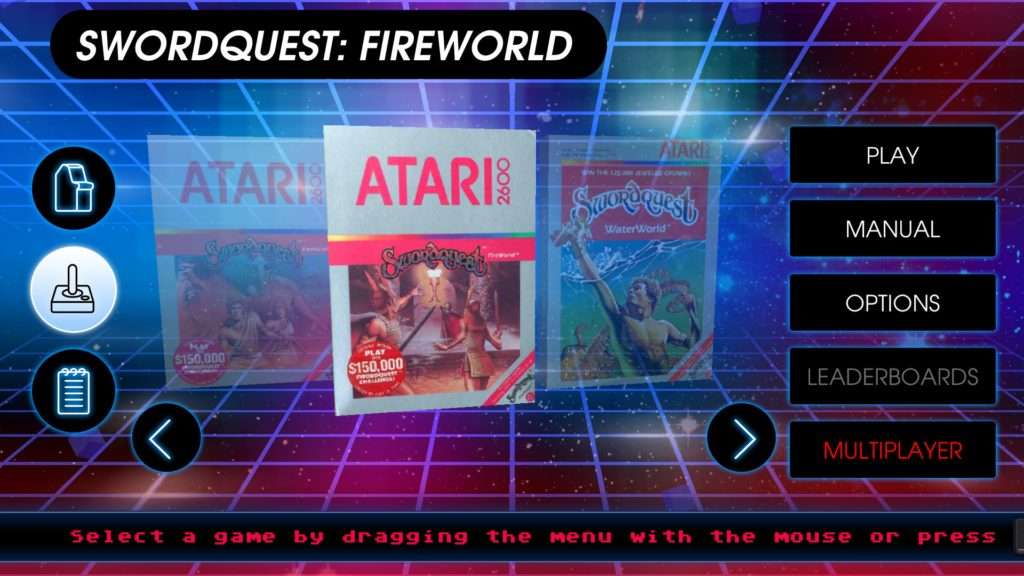 Atari Vault is available on Steam,