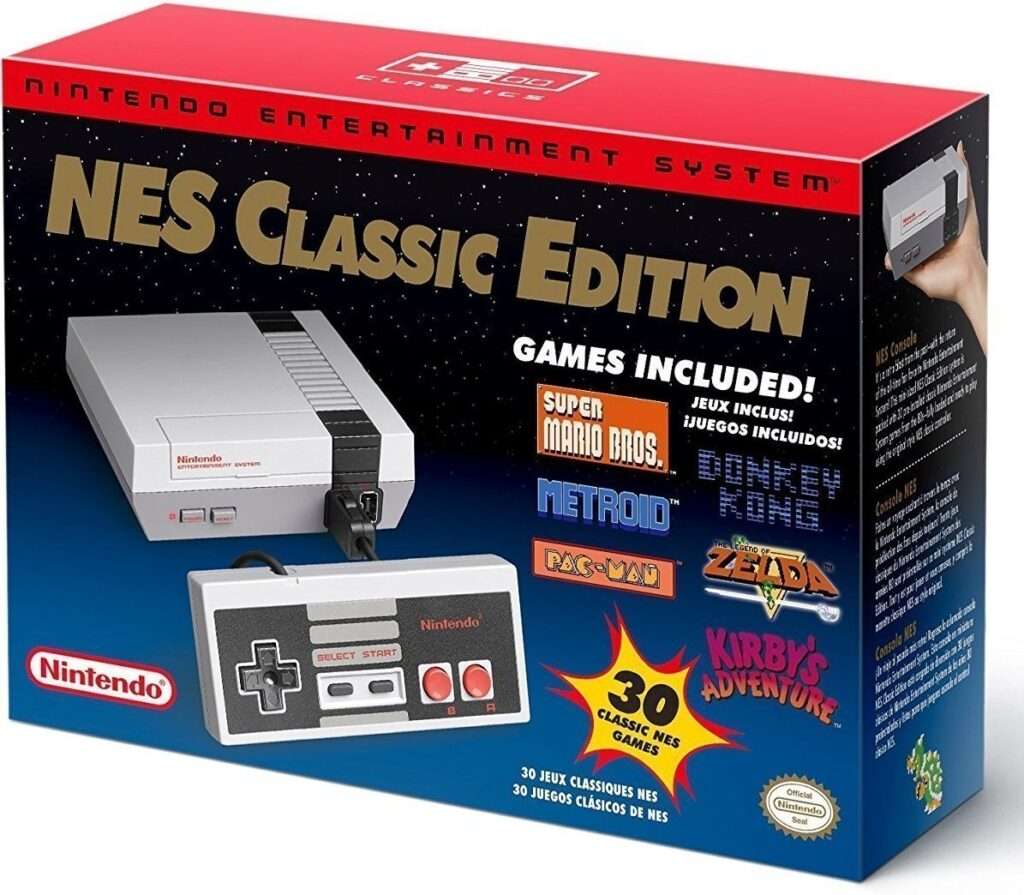 So far in my Retro Rewind series I’ve talked a bit about classic coin-op arcade games. I’ve also discussed some of the earliest home console games made popular by the Atari 2600. But no discussion of retro gaming is complete without mentioning the Nintendo Entertainment System. This is the machine that took gaming from being just a casual pastime and turned it into a real hobby.

Now, I’ve discussed the NES and many of its classic games in great length on this site in the past, so I’m not going to rehash any of that with this post. Instead, I want to talk a bit about how best to experience these classic games today.

In recent years, a number of NES titles have been available to gamers through both the Wii/Wii U virtual console service and the 3DS eShop. Sadly, the Virtual Console does not exist on Nintendo’s most recent hardware, the Nintendo Switch. Instead, Nintendo has replaced it with a subscription-based online service. This service features a number of classic games already, with new ones rolling out as time goes on. This is great for some. But many gamers, myself included, don’t like to sit and wait on a specific game to become available for play.  So what’s the best option? Well, if you’re asking my opinion on the best way to experience classic NES games today, I’d have to point you to the NES Classic Edition.

Much like the Atari Flashback console I discussed in a prior post, the NES Classic is an all-in-one box. You simply plug it into the TV and go. It’s just that easy. The system comes pre-loaded with thirty games, many of which are fan favorites. Let’s take a look at what’s included:

That’s certainly an impressive list. But one that includes some interesting gaps. For example, the NES Classic features Double Dragon II, but not the original Double Dragon. Same thing with Mega Man. Now, I understand the reasoning behind this. Double Dragon II offers a much better two-player experience, just as Mega Man 2 is a much more iconic game that the original Mega Man. But what if you still want to play these missing titles or even other old school NES games? Well, there’s a solution. But, this is where things get a bit shady…

You  see, this is a dirty little secret, but you can put other games on the NES Classic. Yes! It is possible and actually quite easy to load your own ROMs onto the system. (In fact, it’s almost as if Nintendo purposely built the unit with this in mind.) First off, while the NES Classic only comes with thirty games installed, it actually comes with enough built-in free space to hold hundreds. Installing other titles is as simple as plugging the system to your PC via USB and moving files over. Of course, actually getting game ROMS is the sketchy part of the whole equation. It’s not illegal to possess, or even use ROM flashes of NES games. But it is illegal to download them without possessing a copy of the same game. Of course, Nintendo ROMS are readily available all over the internet if you know where to look. So, do with this information what you will…

That being said, if you ever wanted to experience rare Japanese-exclusive games like the original 8-bit version of Final Fantasy II or even the controversial Megami Tensei games without having to resort to setting up emulator software, this is your best solution. No more tinkering with controller settings or setting up the emulator to work with your device. Just drop the ROMs in the directory and go.

For this reason, the NES Classic is what I recommend for everyday 8-bit NES gaming. Now that I’ve taken a moment to discuss this system and its potential, I’ll be using it to fill in some of the gaps in my backlog for future posts. Thus making Retro Rewind Reviews a recurring feature on this site.

If you want to catch up with some of my previous NES reviews, I’ve included a list below of games that have already been reviewed on this site:

The Legend of Zelda – Zelda II: The Adventure of Link –