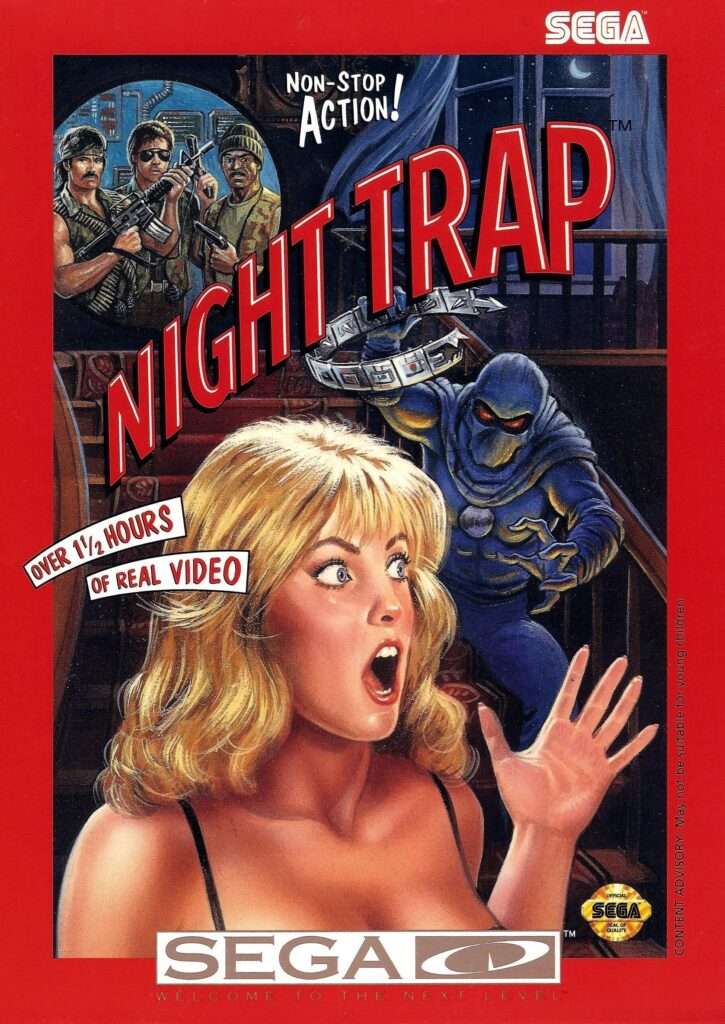 You didn’t think I’d let the month of October go by without posting a review for a horror game did you? I know I usually review something spooky and paranormal. But this year, I decided to change things up a bit and go full-on campy with Night Trap.

If you’ve never heard of Night Trap, you’re not alone. It wasn’t exactly a big seller. To start with, it was released on the Sega CD, which was an add-on product that didn’t see very big sales in the first place. Second, it was extremely rare to find on store shelves due to a nearly unprecedented level of controversy. You see, Night Trap was labeled as one of the most morally offensive games of all time. Any parent who allowed their child to be exposed to such filth should be locked up! It was called pornographic and filled with excessive violence. The negative buzz around the game actually got so bad that many retailers pulled the product and refused to sell it. So what was the big deal? Is Night Trap really as disgusting and violent as its critics claim?

The answer is no. Not at all. I’m actually a pretty conservative guy when it comes to what I allow my children to be exposed to, and I’d let either of them play this game. I mean, there’s literally no concern. So what was the big deal? Well, to start with, Night Trap is not your regular video game. Instead, it is made up of actual video footage. It is very much like an interactive movie. I suppose having an interactive game featuring REAL scantily clad women in fictional peril was just too much for some. It stirred up so much hullabaloo that  Night Trap was one of the games directly responsible for the formation of the ESRB. 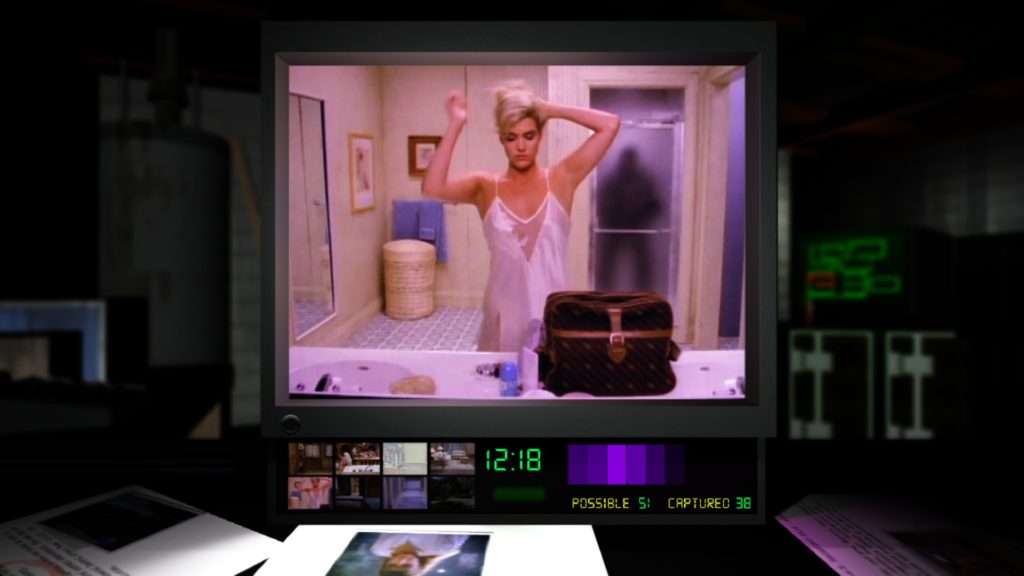 The gist of the game is simple. There’s been a rash of mysterious disappearances around the house of a very prominent family. It’s been determined that the house is equipped with a slew of traps and security features. To get to the bottom of the mystery, the police have sent in an undercover officer into the home with a group of teens. They’ve also been able to hack their way into the home’s security system, thus giving the police access to all of the traps remotely. Your job is monitor a number of security cameras and use the traps to capture any intruders or suspicious characters that might pose harm to either the undercover office or the teens in the house.

As the story goes on, you learn that the home’s owners are in league with a weird band of vampires called “Augers”. You must capture as many Augers as possible and avoid letting the house become overrun. This is easier said than done, as you will have to switch between a number of live feeds on they fly in attempt to detect any suspicious activity. 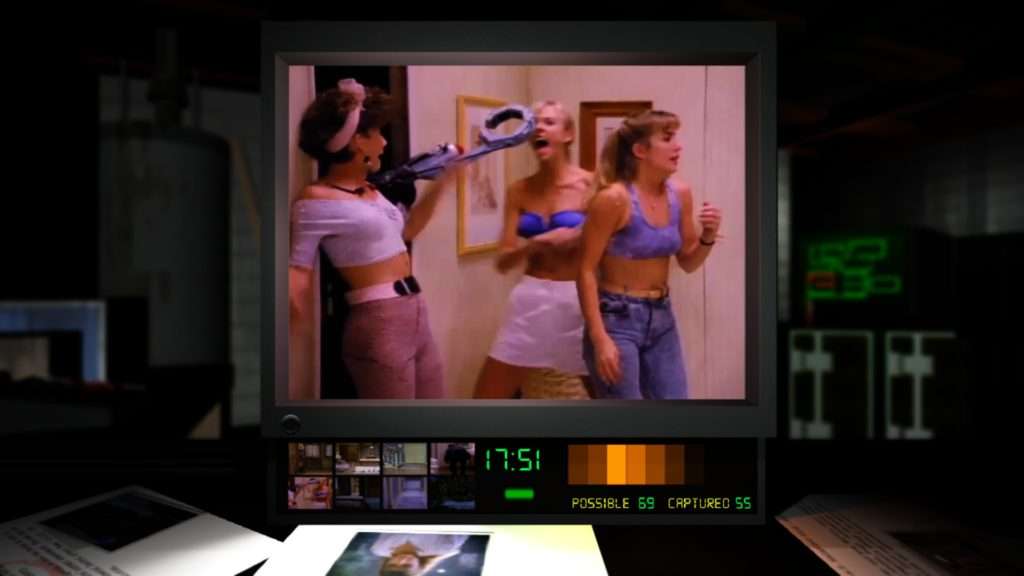 The original version of Night Trap was notoriously difficult. Today the game is available in a special 25th Anniversary Edition. This package includes the game in its original form, as well as a handful of alternate UI versions. Some of these new renditions do make the game a bit easier by allowing the players to see previews of all of the camera feeds. This can help save time by not forcing the player to constantly jump from screen to screen when monitoring the house.

The game itself is actually quite a novel idea. In a time when CD ROM drives were still considered to be jaw-dropping technology, making an interactive film was inevitable. Sure, the acting is terrible and the script is even worse. But the whole concept behind the game is both original and brilliant. Playing Night Trap is akin to experiencing an interactive B-grade horror flick. I was surprised at just much fun the game actually is. If you’re a fan of cheesy horror movies and you’re looking for something different this Halloween, Night Trap might be exactly what you’re looking for. 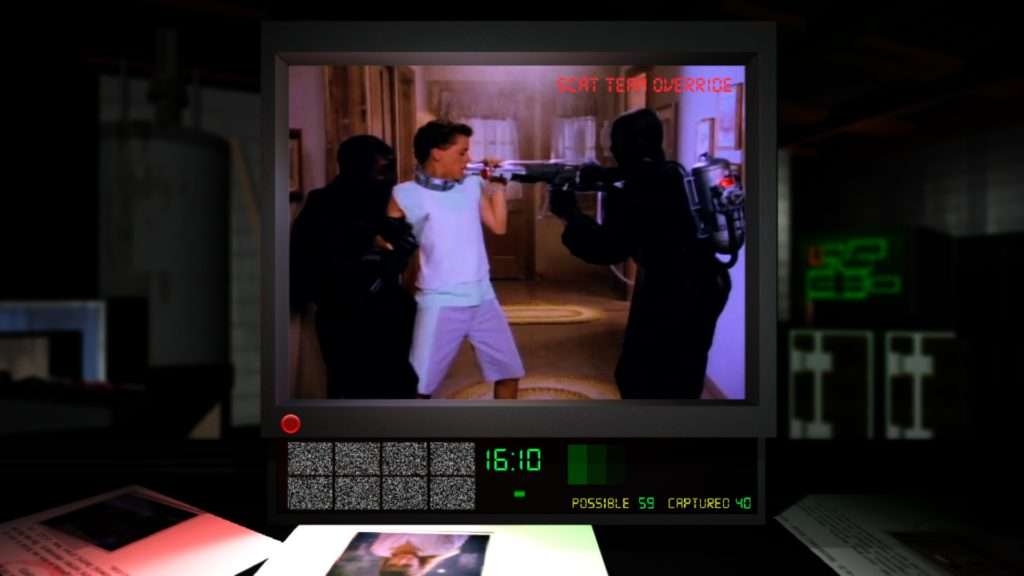 Difficulty: Variable –  Completing this game is no simple feat. This is true even when using the modern UI. If you really want a challenge, the original layout of the game makes things even more difficult. The trick to Night Trap is repetition. The more you fail and start over, the easier it gets. You’ll learn the story and memorize certain cues. But some parts will still require near perfect execution in order to avoid failure.

Story: Despite being exceptionally cheesy, the storyline for this game is well done and entertaining. The way it is presented is also very enthralling. At any given time, there’s a handful of different scenes available to watch. To see everything, you’ll need to play the game multiple times. The more you watch, the more you’ll see how the entire plot twists together. It’s actually quite brilliant.

Originality: At the time Night Trap hit the scene, there was nothing like it. Sure, interactive films were not a new concept. I remember seeing VHS tapes in the 80’s that would have you rewind and fast-forward to achieve a similar result. But never before had anyone taken the “interactive film” concept and made it so easy to use.

Soundtrack: The game features two memorable pieces of music. The first is a little background music that is heard whenever bad guys appear on the screen. The second is a terribly-good bubblegum song performed by one of the characters. Everything about the music in this game is B-grade cheese. But that’s actually part of the charm.

Fun: While there’s not much to the gameplay, it is actually quite fun. There’s a certain satisfaction achieved when you are able to perfectly anticipate and catch a handful of sneaky Augers. I enjoyed this game much more than I expected to.

Graphics: Being a FMV-based game, there are really no “graphics” to score. The game itself is made up of real video. The source material is quite old but holds up surprisingly well in the 25th Anniversary Edition.

Playcontrol: The controls for this game are quite simple. On the PC its point and click with a single keyboard button to tap. On consoles it also just as simple.  The game is very dependent on the player’s reaction time, but offers no playcontrol issues whatsoever.

Value:  If you’re going to play this game, your best bet is find a digital copy. The game sells for around $15 digitally and is also frequently on sale. If you’re looking for a physical copy, be ready to spend a upwards of $70-$80, as the game is already out of print.

Overall score (1-100): 80 – Night Trap is a strange beast. Most people seek it out simply for the mythology that surrounds it. It’s very much a curiosity for many. But if you actually sit down with it and take the time to learn its charms, you just might find a pretty good game hiding under all the hearsay. I recommend this title to anyone who enjoys 80’s camp. It’s a riot and surprisingly pretty entertaining.