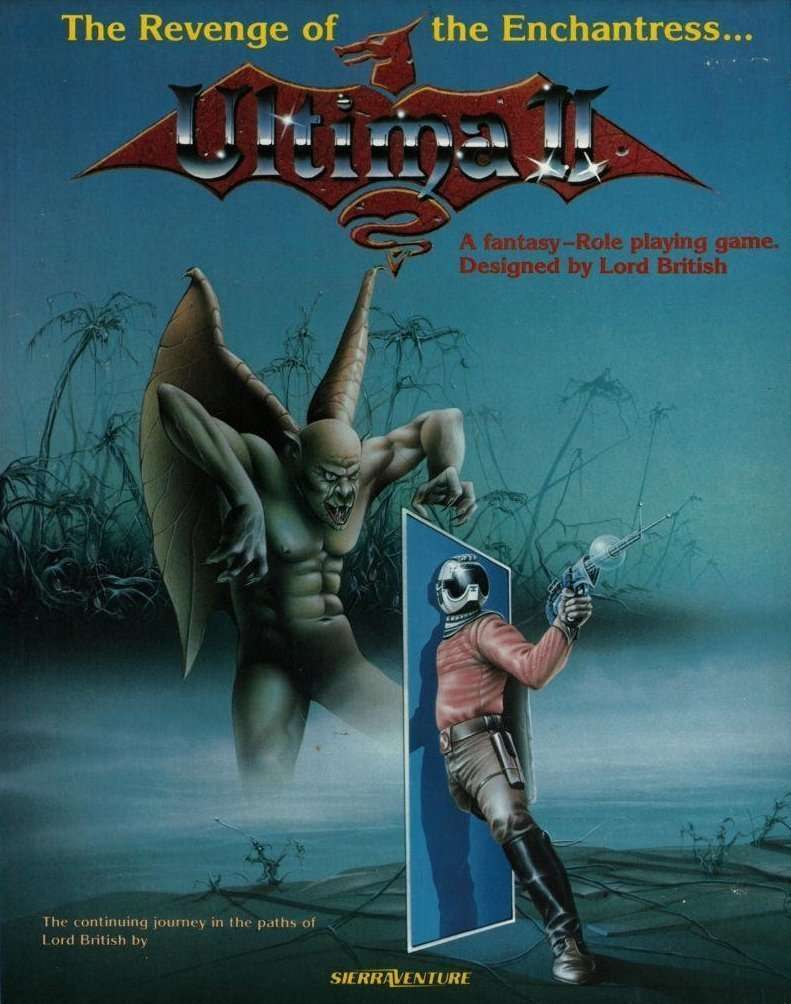 After the success of Ultima, the development of a sequel was a no-brainer. This time, Richard Garriott took the concepts that made the original Ultima great and tried to expand them even further. The end result is a very ambitious game, but one that ended up feeling like a bit of a mess in the end. (I’ll explain what I mean in a bit).

Ultima II is a direct sequel to the original. After the death of the wizard Mondain, it is discovered that he had a secret apprentice – a young enchantress named Minax. To seek revenge for her master’s death, Minax travel back to the origin of time and sends armies of her minions to various points in history. The twist here is that she does not seek her revenge in the land of Sosaria. Instead, she decides to turn her attention towards Earth (now revealed to be origin world of both Lord British and the game’s hero). As expected, the player assumes the role of a mysterious hero who agrees to enter one of the time doors in hopes of putting an end to Minax’s reign of terror.

When playing this title today, the GOG version seems to work best with modern hardware. But even then, it is highly recommended that you apply the patches contained in the “Ultima Patcher“. These offer a variety of improvements to the game, while still maintaining the original vision of the developers. 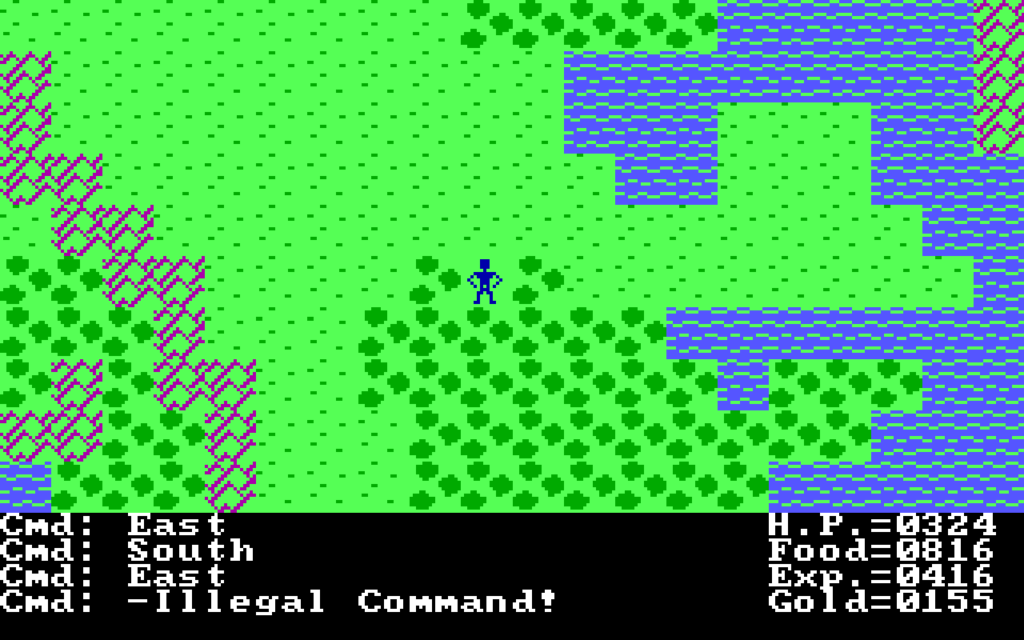 For the most part, Ultima II plays very similar to the original. The majority of the game takes place in the overworld map or in various towns/villages. All of the mechanics from the original game are present. But this time, the player can also travel to various points in history. This is done using special “time doors”. When a player enters a time door, he will emerge in another place and time.  The eras available to visit are as follows: The Time of Legends (the origin of all time), Pangea (approx 300 million years ago), B.C. (approx 1400), A.D. (1990), and The Aftermath (a post apocalyptic era).

The majority of game is simply jumping between eras to find various items. The overworld map is littered with various towers and dungeons, but for the most part they play a very little role in this adventure. Once you’ve reached a certain point, you will also be able to travel to various planets in the solar system. In fact, visiting “Planet X” is crucial to completing the game.  (Important note: a bug in the DOS version of game prevents players from visiting most planets in the solar system. However, this can be corrected via a fan-made patch.)

The one really unique thing about Ultima II is just how open it is. Right from the get-go players are able to explore a vast majority of the game and interact with NPCs. These days, this concept is not particularly unusual. But in 1982, it was almost unheard of. 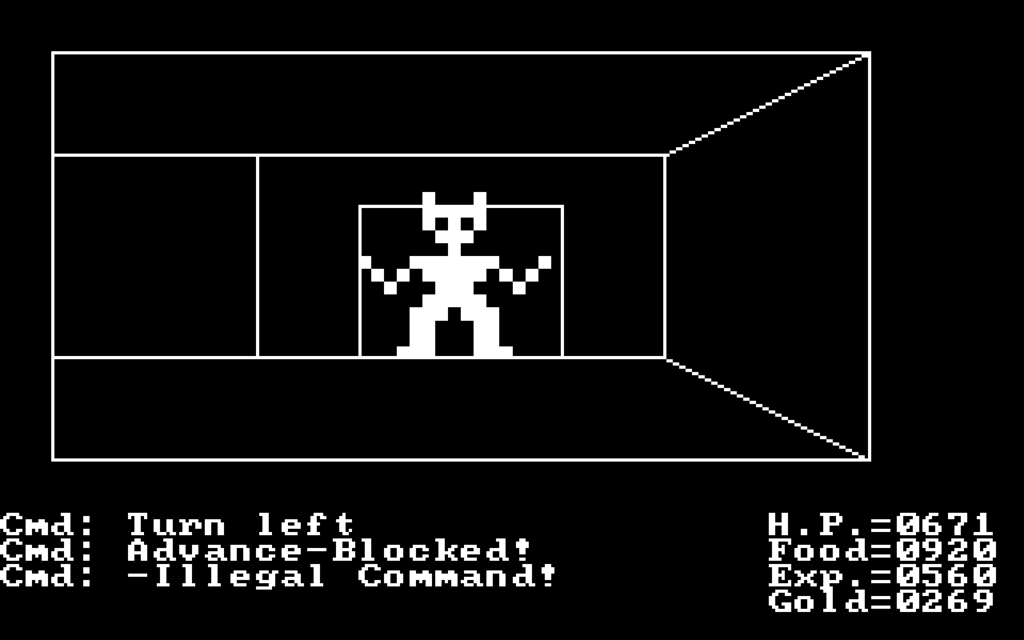 All of this sounds like the making for a really great and innovative game. Sadly, nothing could be further from the truth. Despite being based on some pretty groundbreaking concepts, Ultima II is largely a big fat dud. There’s just very little in the game that actually engages players. If anything, I think the game is actually TOO open and offers little to no guidance. Even reading the game’s manual doesn’t really point the player in the right direction to get started.

To make matters worse, despite having a plethora of content to explore, hardly any of it is required to actually complete the game. Nor does the character benefit in any real way from participating in any of it. For example, aside from collecting a single item, there’s absolutely no reason whatsoever for a player to enter any of the game’s dungeons. The same is true when it comes to exploring the various planets in the solar system. Only one planet has anything of interest, and the player needs only spend about a minute of time there. It’s really a shame. There’s so much potential wasted.

As if that wasn’t bad enough, the game just… sucks. When compared with the original Ultima, Ultima II just isn’t even on the same playing field. All of this really makes Ultima II a tough game to recommend to anyone but the most hardcore fans of the series. 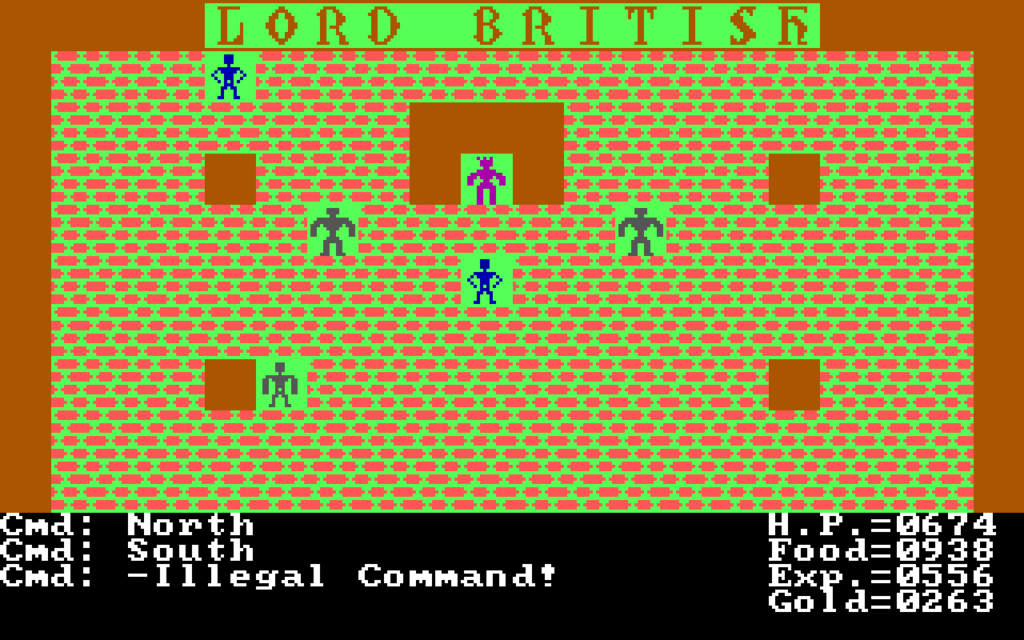 Difficulty: Hard –  Ultima II is considerably difficult to complete without the use of a walkthrough or without abusing the save/reload feature. However, as is the case with other games in the series thus far, it’s quite simple to abuse the game’s mechanics – making the game much easier than it should be.

Story: As far as storylines go, Ultima II has a pretty interesting set-up. The idea of merging the gameworld with the real world is interesting. As is the concept of traveling through various eras of time. In my opinion, the story for Ultima II is better than the game itself.

Originality: Despite taking issue with the game itself, I have to admit that when it comes to originality, Ultima II is worthy of praise. So many unique concepts are introduced here, it’s really a travesty that the game ended up being of such poor quality.

Soundtrack: Like the previous entry in the series, Ultima II is limited to basic taps, beeps and bloops. Nothing much to get excited about, but this was par for the course in the early days.

Fun: Even the grittiest, most hardcore CRPG grognards are going to have a tough time claiming that they actually enjoy this game. The game itself is just not very entertaining. For me, I found the various mechanics and concepts introduced to very interesting. But the execution leaves a lot to be desired.

Graphics: If you’re comparing the graphics in this game to the original Apple II version of Ultima, then Ultima II is a notch better. But when compared to the 1986 re-release of Ultima, it’s actually a step backwards.

Value:  Ultima II is included in the “Ultima I, II and III” bundle on GOG for a mere $5.99. Despite being an iffy game, the price for this bundle is still well worth it.

Overall score (1-100): 50 – Ultima II is a game with some serious flaws. But, I have to give Garriott credit; He had a vision for the game and for the most part, he was able to achieve it. Even if the game itself is lackluster, Richard Garriott still managed to create something unique and interesting. All that aside, I must admit that Ultima II is a pretty bad game. I can only really recommend it to most dedicated of Ultima fans. Even then, it is a bitter pill to swallow.