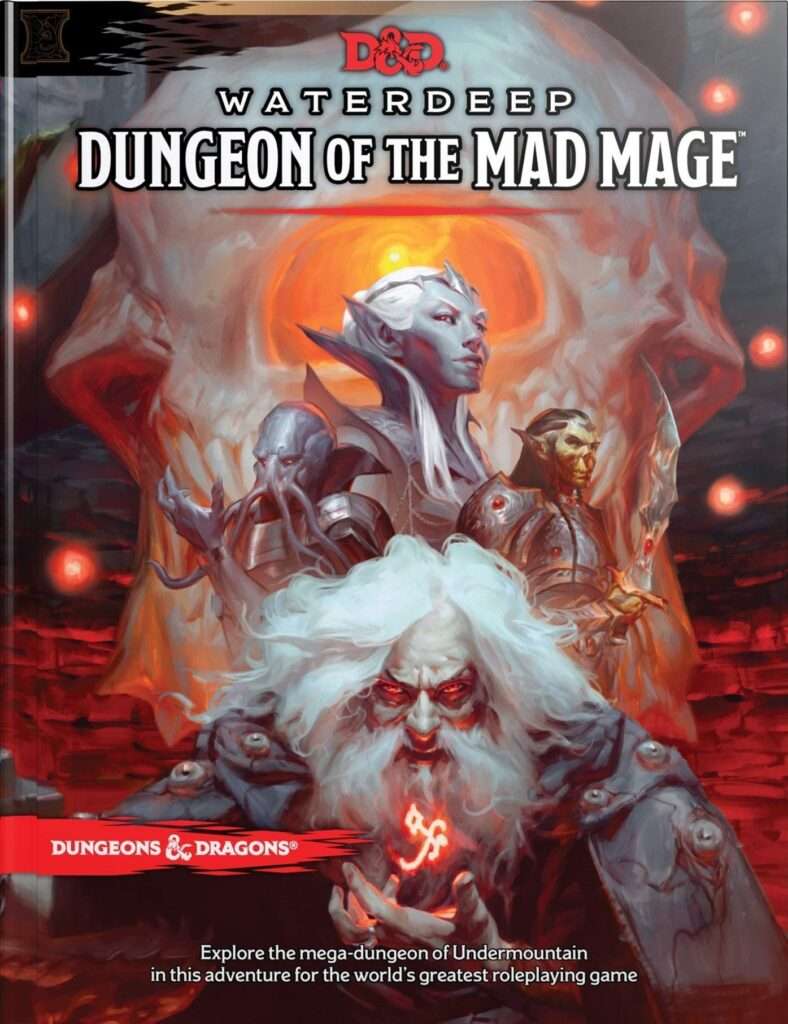 I’ve been a fan of D&D for nearly all of my life. And in that time I’ve dabbled a bit with every version of the game. With that in mind, I can honestly tell you that 5E has been my absolute favorite edition of the game. And Waterdeep: Dungeon of the Mad Mage is a prime example of why. Here, we have an adventure that takes one of D&D’s most iconic settings, The Underdark, and not only gives us an epic adventure, but provides us with a sourcebook that will be used by DMs for years to come.

This adventure is a continuation of the previously released; Waterdeep: Dragon Heist. As such, it is designed for players of 5th-20th level. I use the word “adventure” very lightly when referring to this book. Yes, there’s a set-up and story included in these pages. But to be completely honest, what we really have between the covers of this book is one completely massive mega-dungeon. That’s right, Dungeon of the Mad Mage features no less than twenty-three floors of sheer dungeon-crawling delight.

Being set in The Underdark, the game designers pulled content from nearly every prior edition of D&D and revised/repackaged it for inclusion in this product. I don’t say that to imply that this module is nothing more that recycled material – it’s certainly not. If anything, I tell you this to convey just how much care and respect Wizards of the Coast is showing to legacy players by making sure they cross all the T’s and dot all the I’s. The fact that this modern version of D&D is being made by fans for fans has never been more obvious. Aside from being used in this adventure, all of the maps and content included in this book is a virtual treasure trove of reference material for DMs.

The sheer volume of content in this book cannot be understated. There’s hours and hours of material here. With that in mind, this adventure is not for rookie DMs. On second thought, it’s not for rookie players either. Everything about this product is aimed at an experienced audience. Old school players will likely find themselves smiling at a number of hidden references and Easter Eggs as they playthrough this adventure.

Considering that this adventure is very focused on dungeon crawling, it’s safe to say that it might not appeal to everyone. Many players and DMs (especially old-school players) enjoy this type of gameplay, while others do not. Personally, this is one adventure I’m really looking forward to running.