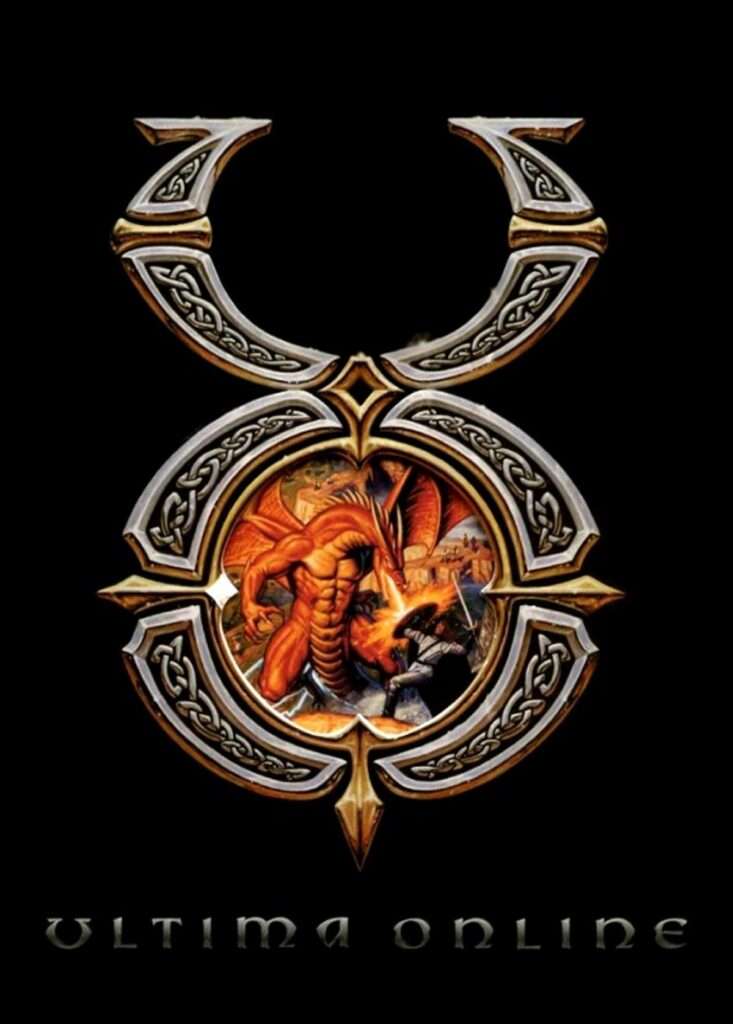 Ultima Online. The grandfather of all MMOs. We are now to the point in my Ultima series playthrough where I’m going to take a moment to discuss this iconic title. While technically not the first MMORPG, Ultima Online is the one responsible for bringing online gaming to the attention of the masses. It was originally released in 1997, and as a testament to its legendary status, the game is still online and playable nearly twenty-two years later.

UO was my first MMO experience. I remember reading articles about the game in the months leading up to its release. I was no stranger to the Ultima series, and the prospect of playing online with others was certainly enticing. But, I had sworn to stay away from it since it operated under a pay-to-play model. At the time, this was something that I objected to. I felt that if I was to shell out $50 or more for a game, why should I have to continue to pay in order to enjoy it. Of course, that train of thought was very backwards. In later years I came to understand that MMO subscription fees are not based in greed. But, they help fund maintenance for the game as well as provide development cost for new content. Needless to say, despite my initial reluctance, I finally succumbed to my curiosity and purchased a copy of Ultima Online. I spent about a month with the game before deciding it wasn’t for me and moving on to something else. This did not happen because I found fault with the game itself. But, at the time, I don’t think I was in the correct mindset for an online game. The whole concept was relatively new to me and I think I didn’t have the patience required to properly enjoy a game of this type. After revisiting the game again, many years later, I wish I had given the vanilla release more of a chance. There’s no doubt that I missed out on something big by turning my back on this title so early on.

The original release of Ultima Online was very similar in aesthetic to Ultima VII and VIII. The game is played from a birds-eye-view in a sandbox-like environment. Players are able to interact with objects, NPCs, and of course, other players. Many UI elements from some of the later Ultima titles were somewhat present as well (ie: the paperdoll inventory scheme and dragging and dropping objects into your inventory).

When Ultima Online was initially released, the game had a very open and lawless feel to it. In many ways, this was a very exciting aspect to the game. But it also had its drawbacks. For example, I remember player killing being an issue for many new players, myself included. Eventually, Origin Software addressed this gripe with the second expansion to the game; Ultima Online: Renaissance. This add-on created two separate worlds for players to enjoy. One that was strictly PVE while the other kept the PVP ruleset that the game had at launch.

Over the years, Ultima Online continued to expand. New versions of the game were released. With them came new classes to play and new areas to explore. Occasionally, these expansions even resulted in new game clients. Some of these, like the Third Dawn (or 3D) client, have long been retired. Today, players can choose to enjoy the game using either the UO Classic Client or the UO Enhanced Client. It’s important to remember that regardless of which client you select, the game itself is the same – but the way it is presented to the player is slightly different. For example, the Enhanced Client has slightly better visuals and some pretty impressive quality of life tweaks. But, it doesn’t maintain the retro feel that many gamers yearn for when playing Ultima Online. Generally speaking, most veteran players tend to prefer the Classic Client, while many of the game’s newer players, tend to prefer the Enhanced Client. It’s truly a personal preference and you can switch back and forth at will.

From a lore perspective, Ultima Online takes place in an alternate version of Britannia. One that is separate from the rest of the series. But, the world of Ultima Online will still be familiar to longtime fans of the franchise. The game features many locations and characters from other Ultima titles. In fact, in the early days of the game, it was not unheard of to see Richard Garriott actually playing as his Lord British character.

Eventually, Garriott parted ways with Origin/EA and his influence on Ultima Online went with him. As the years went by, certain elements were introduced to the game that distanced it from Garriott’s original vision. Today, very little of Ultima Online resembles those earliest days that veteran gamers are likely to remember. But, that doesn’t mean its not worth a look. Even in today’s world where MMOs are a dime a dozen, there’s something very appealing about UO. As tarnished as it may have become over the years, it’s still a unique gem that shines bright enough to attract adoration and attention.

So, what makes UO so different from almost every other MMO on the market? Well, to start with; the design. Most MMOs are presented in either a third-person/chase-camera style, or a classic first-person perspective. Ultima Online differs in that it features an isometric overhead view. Also, the game maintains a very “sandbox” aspect to it. Players can venture out into the world and cut down trees, build structures, and to a minor extent, manipulate the world around them. Items in the game do not just exist in player’s inventories, but rather can be placed in the world itself where they can be seen and handled by other players. Even now, twenty years later, Ultima Online is a living, breathing virtual world.

As the years have passed, the development of the game has changed hands a number of times. Today, the game is owned by Broadsword Online – a division of Mythic Entertainment. Under their supervision, Ultima Online has opened a free-to-play model called Endless Journey. Now, curious players can enter the world of Britannia for free and see what all the fuss is about.

The legacy of this game is undeniable. Without Ultima Online, MMOs as we know them today would not exist. But, it is a title that has not aged very well. To say it is archaic is a bit of an understatement. I suppose that older gamers like myself would have an easier time getting their feet wet with a game like this. But, I admit that it is difficult to recommend UO to a new player. That being said, if you are curious, dive in. The world of Ultima Online is still vibrant and active. If you’re not satisfied with the contents of the free-to-play version, there’s a number of unofficial servers on the internet that host the game as well. In fact, a large number of these replicate the game as it was in the late 1990’s. So no matter what type of UO experience you desire, there’s something out there for everyone.

Despite the fact that I never got into Ultima Online, I am fully capable of understanding just how much this game has meant to thousands of players. For me, Final Fantasy XI was my MMO of choice. That game and the experiences I had in the world of Vana’diel meant more to me than I could ever accurately put into words. The same can be said about Ultima Online. For so many players, Britannia was a more than a virtual world to explore, it was a second home. Friendships were made and lifelong bonds were forged. If you’re curious to learn more about the impact this game had on both the industry and its players, I recommend the following book, Braving Britannia: Tales of Life, Love, and Adventure in Ultima Online.