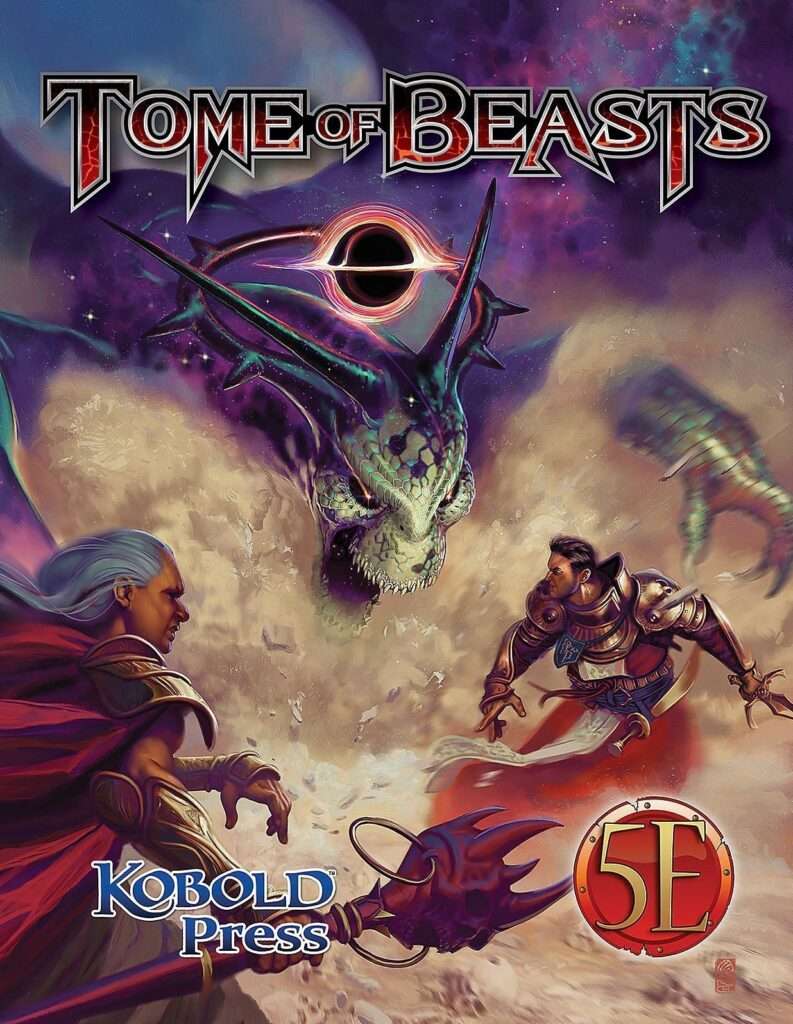 It’s been a couple of months since I talked about Dungeons & Dragons. This has been primarily because of two things. First, it’s been extremely difficult for me to find time to play with my current work schedule. In fact, my family and I have not had a session since October. Second, there’s been no new products released in 2019. So with that in mind, I wanted to take a moment to discuss what is probably one of the highest quality third-party products for Fifth Edition D&D; Tome of Beasts by Kobold Press.

Tome of Beasts is actually a product that was made possible thanks to a wildly successful Kickstarter project. It contains over 400 new monsters for D&D 5E. Many of the beasts included in this book are completely unique, giving DMs something new and exciting to throw at their players. Of course, there are also handful of monsters from previous editions of D&D that, at the time this book was printed, had not yet made their official debut in Fifth Edition. (For example, the Red Cap – a classic D&D baddie that wasn’t officially brought into 5E until the release of Volo’s Guide to Monsters.)

Anytime you deal with third-party products you never really know what to expect. Traditionally speaking, there’s always been a number of really good quality supplements available to those interested enough to seek them out. But as any old DM can tell you, there’s also plenty of third-party releases that are barely worth the paper they are printed on. Thankfully, this is not one of those books. Over the years, Kolbold Press has earned a reputation for putting out some real quality material. Tome of Beasts is a prime example of that.

The monsters included in this book range from the exotic (Ravenfolk and Lich Hound) to the mundane (Swamp Snakes and Night Scorpions). Of course, there’s also a handful of new variants for everybody’s favorite monsters; Giants, Devils, Golems, etc.

I’ve had this book in my library for a few years now. During that time, I spent countless hours pouring over the beasties contained within and planning out fun and creative ways to spring them on my players. This is a collection that I highly recommend to any DM that wants to surprise their players with something they’ve never seen before.

Tome of Beasts is available on Amazon and most retail bookstores where D&D material is sold. 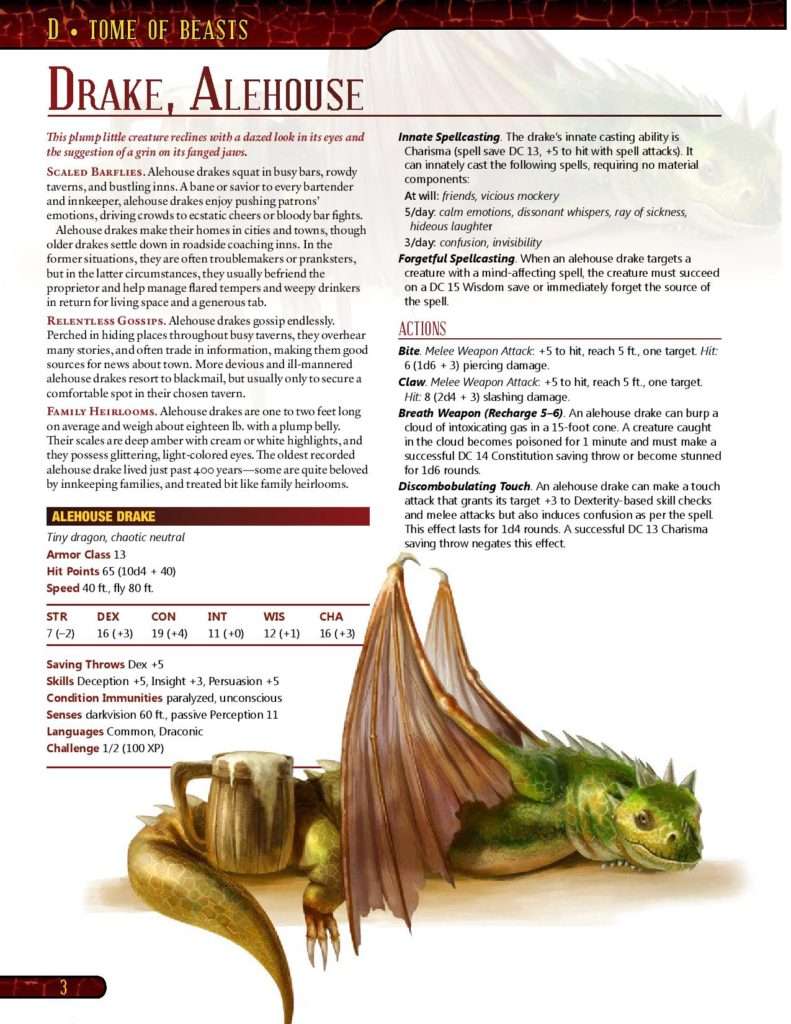