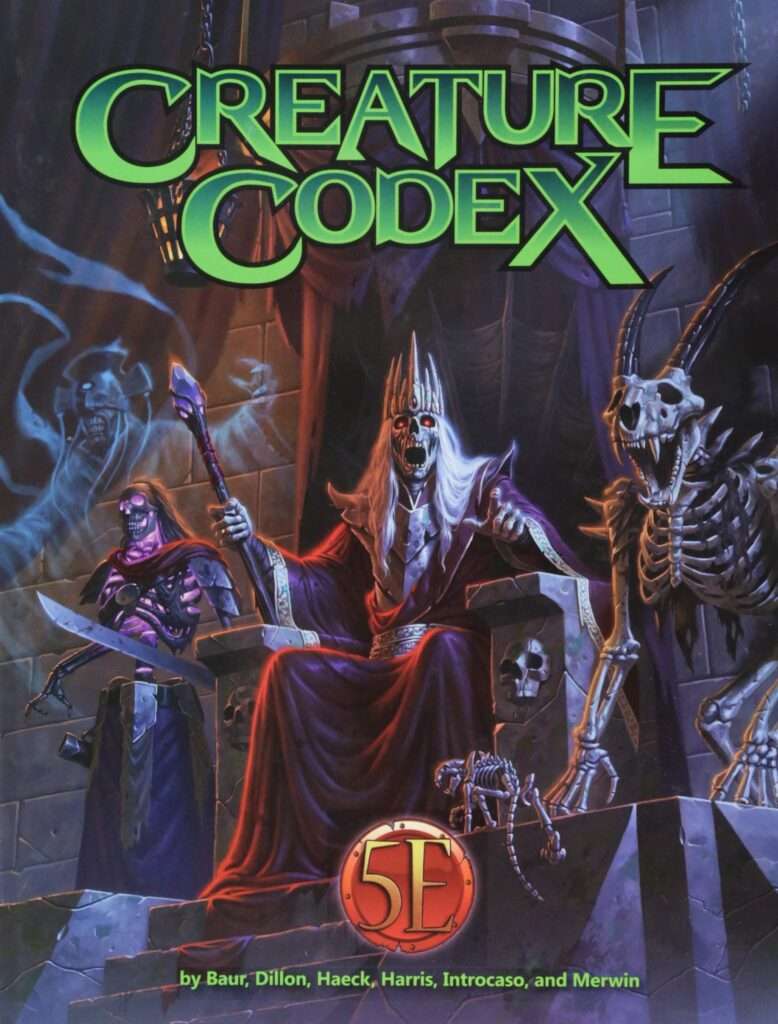 Recently, I posted a review for a third-party D&D supplement from Kobold Press; Tome of Beasts.  Today, I want to discuss the second monster book in their series – Creature Codex.

Like its predecessor, Creature Codex started as a Kickstarter project. The campaign was a brilliant success! In fact, it even met several stretch goals resulting in a few additional supplements that were released all at the same time. These additional releases include the Creature Codex Lairs (a series of dungeons/adventures centered around some of the monsters featured in this release), and Creature Codex Pawns (a collection of cardboard pawns for use in play). For the sake of this review, I’m only going to be looking at the main Creature Codex book and its contents.

First of all, let me start by saying that a number of the monsters included in this book were designed to compliment Kobold Press’ existing Midgard campaign setting. That being said, it’s very simple to adapt them to any game. In fact, most of the monsters included in this book fit in well just about anywhere. Of course a number of them are new takes on existing monsters. For example, there’s new breeds of orcs and ghouls. There’s a slew of new angels, devils, demons, golems, etc. But there’s also quite a few unique additions included as well. So if you’re looking for something new to toss at your players, look no further. Almost every monster in this book felt fresh and useful in one way or another. There’s only a few notable exceptions that stand out. For example, “Bar Brawl” – which is not a monster at all. Instead it’s a literal bar room brawl that’s somehow rolled up into one encounter. Interesting, yes? Something I plan to use in my games? No.

As expected with any release from Kobold Press, everything presented here is top quality. All too often third-party supplements end up feeling unbalanced or even worse, hokey. This is not the case here. Each of these monsters feel like they were skillfully designed and playtested to death. That’s a very good thing. I was so impressed with the contents of this book, that I think I’m going to take a look into some of Kobold Press’ other releases as well. Seriously, you can’t go wrong with this supplement.

Creature Codex is available on Amazon and most retail bookstores where D&D material is sold. 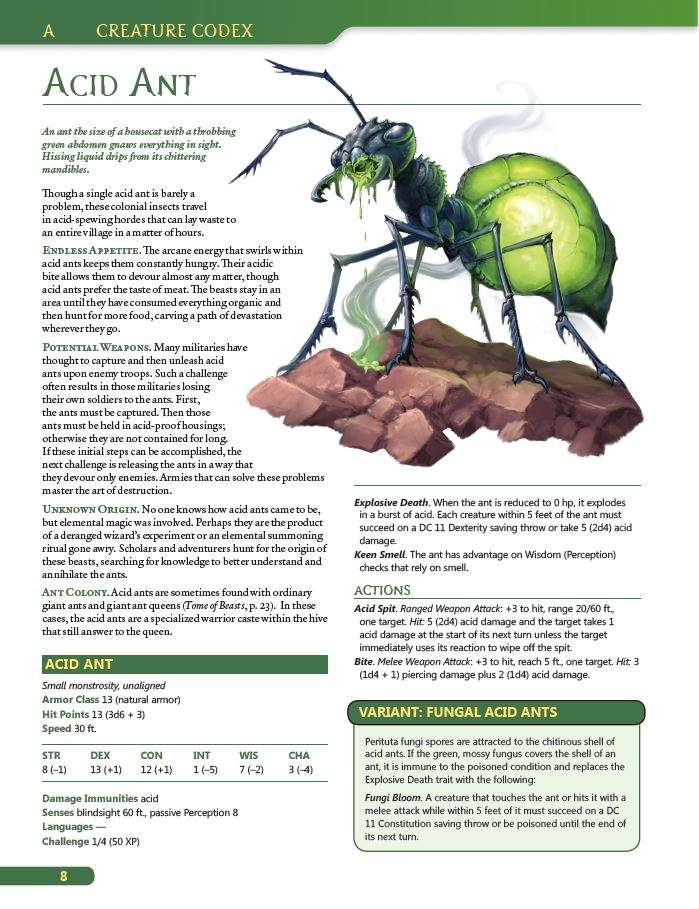