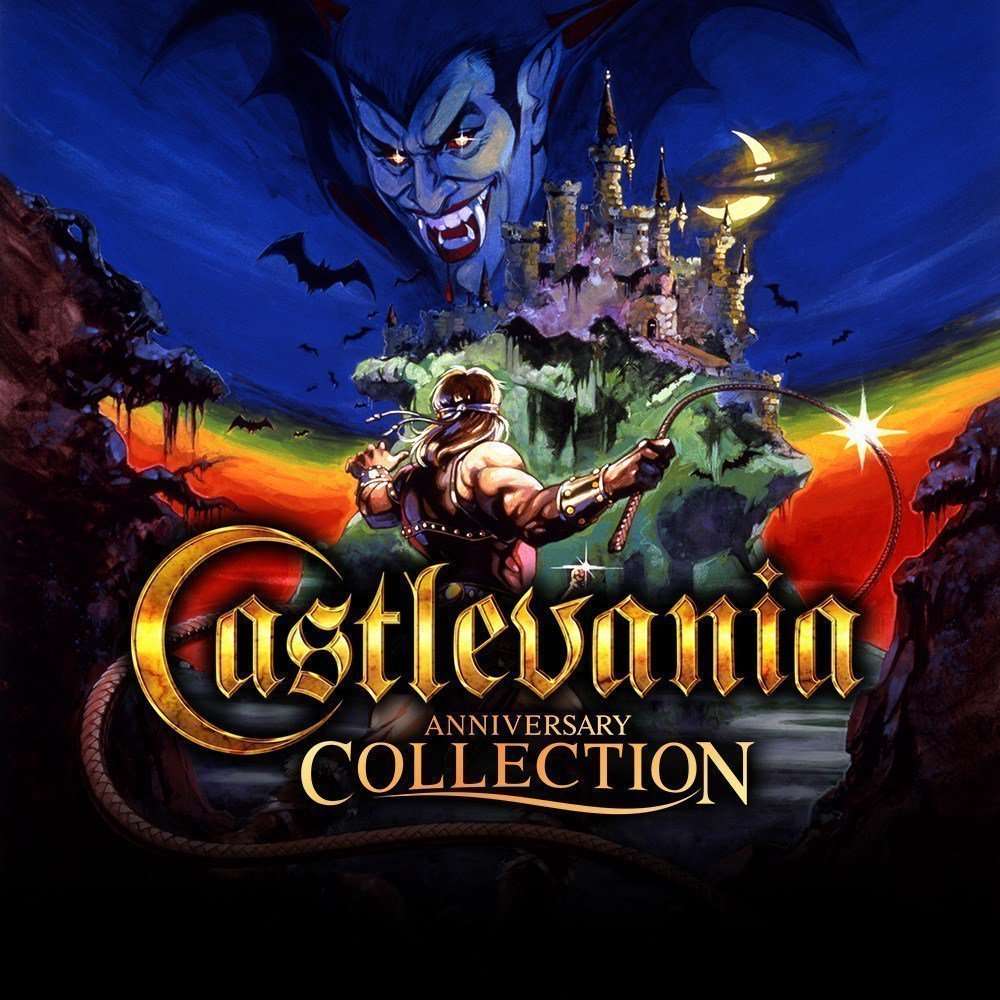 These days, it seems that retro games are all the rage. The last few years have seen countless collections and remasters of classic gaming titles. For example, I recently reviewed the SEGA AGES version of Phantasy Star, a modern presentation of an 80’s-era RPG. Some other recent compilations that come to mind are the Mega Man Legacy Collection, the Street Fighter Anniversary Collection (which I’ll be discussing soon on this site), and in just a few months we’ll even be treated with a collection of classic Contra games.

One recent release that really caught my attention is the Castlevania Anniversary Collection. For a mere $20.00, you get a digital collection of the earliest Castlevania titles. Including several extremely rare gems. Let’s take a look at everything that’s included in this collection: 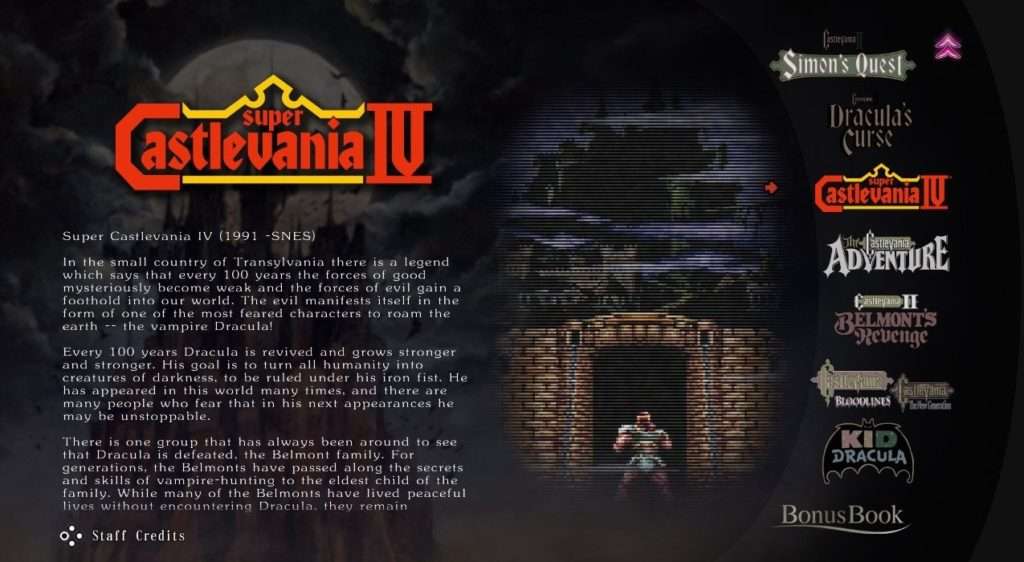 A number of these games have been available in digital formats over the years. For example, the first three Castlevania titles, Super Castlevania, and Castlevania Adventure. But this collection also features some real hard-to-find treasures as well. Until now, Bloodlines and Belmont’s Revenge have never been available digitally. Not to mention the obscure Kid Dracula is a game that’s never been available in the west at all until now. In the coming weeks, this collection will also receive an update that adds an option to play the original Japanese versions of the games.

Over the years, I’ve played every title in the Castlevania franchise and posted reviews for them on this site. If you’ve always had the hankering to play through the entire series, this collection provides the perfect starting point. And when you’re done with this one, there’s another (much smaller) compilation; Castlevania Requiem. That package contains the next two games in the series; Castlevania: Rondo of Blood, and Symphony of the Night.

Having played through all of these games just a few years ago, I really don’t have the desire to at this time to sit down and conquer them all again. But, my children have developed a love for retro gaming and watching them tinker with this collection has been a blast. I did spend a little time testing each and every title included here and for the most part I’ve encountered little to complain about. The emulation seems to be spot on and the game includes options that allow the user to fiddle with the controls and the display. There’s even the option to use savestates, if you feel so inclined. This compilation is the perfect way to hone up your skills while waiting for the upcoming Bloodstained game.

The Castlevania Anniversary Collection is available on all major platforms: PC, PS4, Xbox One, and Nintendo Switch.

You can read my reviews of the games included in this collection using the links below: