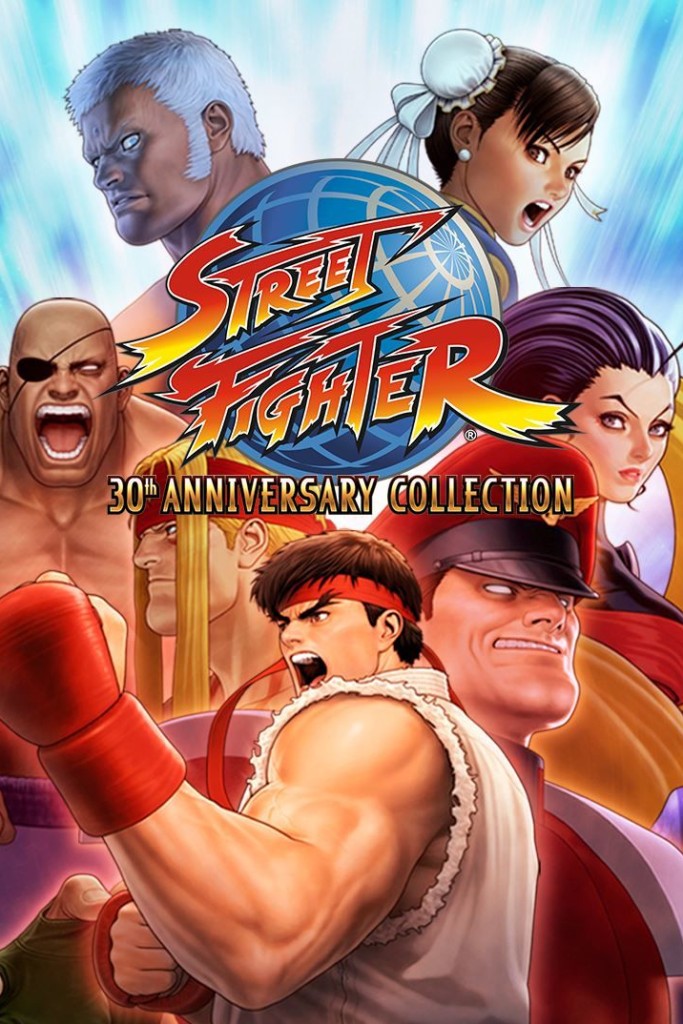 As I mentioned in some of my more recent posts, lately there’s been a rise in popularity for retro game collections. It could be argued that Capcom started this trend with the release of the Mega Man Legacy Collection. This was soon followed by another classic bundle of games, the Street Fighter 30th Anniversary Collection.

In a few months, I’ll be diving into my backlog of games from the PS2/Game Cube era. There’s a number of head-to-head brawlers on my list from that era, and I’d be remiss if I didn’t take a little time to go back and explore some of the early games from that genre first. To get started, I’m going to be taking a close look at this new Street Fighter collection. In the next few weeks, I’ll be posting individual reviews for a number of the games included in this bundle.

Just what is included in the Street Fighter 30th Anniversary Collection? Let’s take a look:

Hardcore fans may notice a few games missing from this list, for example Ultra Street Fighter II. This is because the 30th Anniversary Collection is an archive of actual arcade releases, not home console ports. To provide a true arcade-like experience, the collection includes a special match-making system for online multiplayer with random opponents. Now, you too can know what it’s like to have your swanky single-player game interrupted by another person with a pocket full of quarters. But that’s all part of the fun, isn’t it?

In the coming weeks, I’ll be reviewing these games individually and sharing my thoughts.

The Street Fighter 30th Anniversary Collection is available on all major platforms: PC, PS4, Xbox One, and Nintendo Switch*.

*The Switch version includes a special eight-player tournament mode for Super Street Fighter II (However, taking advantage of this would require that you have eight willing friends and four Switch consoles).