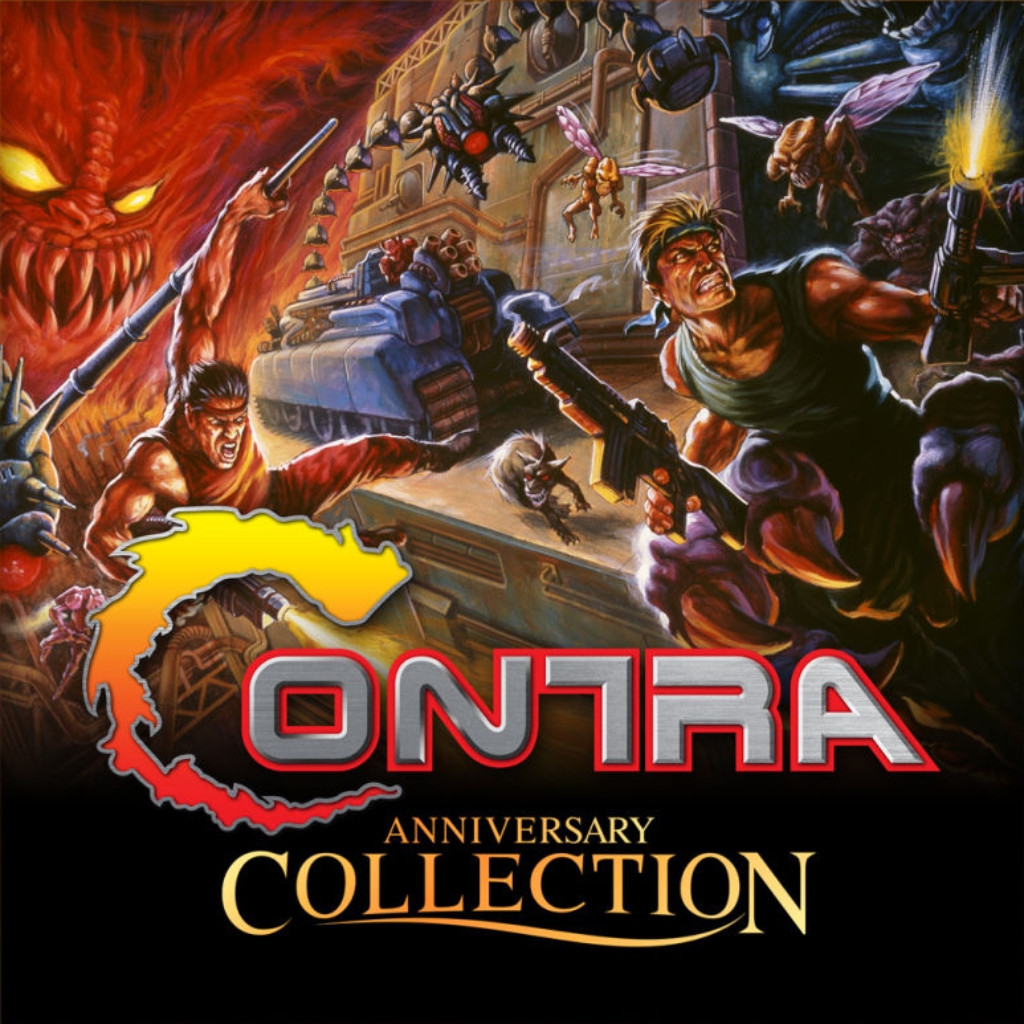 Konami continues to celebrate its 50th anniversary with another collection of classic games from the vault. This time with a collection of titles from the Contra series. For most retro gamers like me, Contra was the ultimate two-player game. What gamer over the age of thirty-five doesn’t remember keying in the Konami code and blasting aliens for hours on end? For many of us, it was like a rite of passage.

As fate would have it, the Contra series is also one that I skipped over when I originally started my backlog reviews, so this release fits in perfectly with my current Retro Rewind project. I look forward to filling these gaps in list of game reviews. Let’s see what’s included in this collection:

Even though this collection already includes the Japanese version of the original Contra, an update is coming soon that will also include an option to play the remaining Japanese versions of the other titles included in the series. This only adds even more value to an already excellent collection of titles.

My family gifted me a copy of this collection for Father’s Day. I look forward to blasting my way through the titles in this collection with my son in the weeks to come.

The Contra Anniversary Collection is available on all major platforms: PC, PS4, Xbox One, and Nintendo Switch.