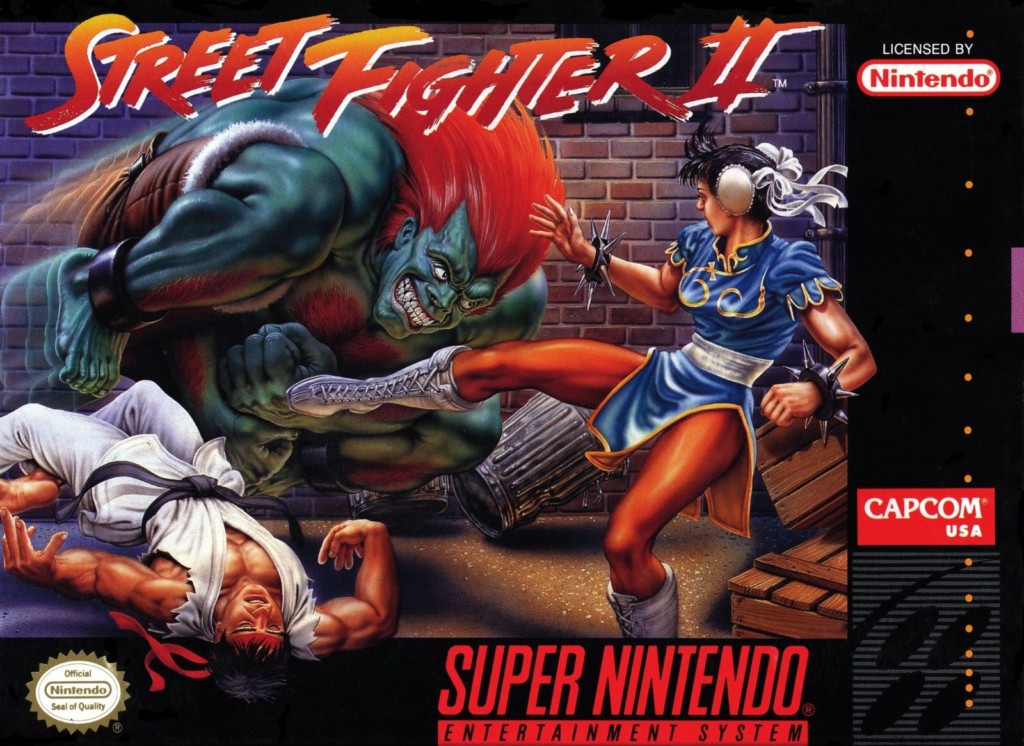 To those of you who happen to find this article on the day it was originally posted; Happy Father’s Day! To the majority of you who will read it at some point in the future, it was originally posted on Father’s Day 2019. Why is this significant? Well, as I mentioned in my recent review of the original Street Fighter, I’ve decided that my kids are finally old enough to enjoy some of the classic arcade brawlers of my youth. Being able to share these competitive games with them has been a truly enjoyable experience. Gaming with my sons has always been something special to me. But more often than not, it comes in the form of second-hand participation. Meaning, I end up watching them play or I sit by and provide tips. So, it’s a real pleasure to be able to break out some truly legendary two-players classics like Street Fighter II and sit side-by-side with them in a more engaging way.

Even though it is the second entry in the Street Fighter series, Street Fighter II surpassed the original in almost every way possible. In fact, it is often hailed as one of the greatest fighting games, or sometimes even one of the greatest arcade games of all time. What makes Street Fighter II so much better? Well, to begin with, the original game was designed more as a single-player tournament experience, with the ability for a second player to chime-in. This time around, it seems that the opposite is true. With an expanded roster of playable characters, Street Fighter II was designed from the ground-up for two-players. Of course, one player is also able to enjoy the game on their own. But there’s no denying that this is a game best enjoyed with friends. 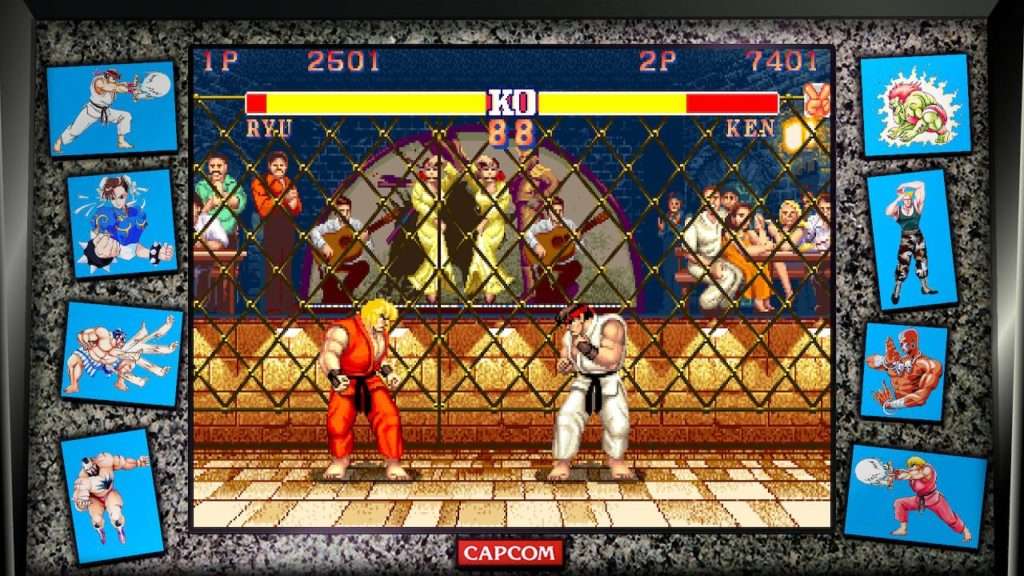 My first experience with Street Fighter II came from the local arcade. But it didn’t take long for me to get my hands on the Super Nintendo version of the game. This game was the center of many sleep-over parties during my early teen years. Back then, I owned a copy of the original Street Fighter II: The World Warrior. But over the years, a number of revisions were made to the game. These updated versions included features like new playable characters, alternate art, and increased battle speed.

Let’s a take a moment to go over the various releases of the game, and discuss what makes them different:

Street Fighter II: The World Warrior – This is the original version that took the world by storm. Players are able to select from a roster of characters, each with their own backstory and unique abilities. When playing in single player mode, after defeating all of the other characters on the tournament roster, the player is then pitted against four “boss” contestants – one of which is Sagat, the champion from the original Street Fighter. The following characters are playable in this version of the game:

Ryu – Karate champion and the star of the original Street Fighter.
Ken – Ryu’s former partner, also featured as a playable character in Street Fighter.
Guile – A US Air Force brawler who entered the tournament in hopes of avenging the death of a friend
E. Honda – A famous Japanese sumo wrestler.
Blanka – The mysterious beast-man from the jungles of Brazil.
Chun-Li – A young Chinese police officer who has joined the tournament in hopes of avenging her father’s death.
Dhalsim – A mystical yoga guru from India.
Zangief – A Soviet self-defense expert.

Street Fighter II: Champion Edition – This version of game featured some balance changes and some very minor artwork tweaks. However, the main focus here is the ability to play as the four bosses from the original release. This version of the game adds the following characters to the playable roster:

Balrog – A former US Heavyweight boxing champion
Vega – A strange mask-wearing, iron-claw wielding fighter from Spain
Sagat – Legendary Muay Thai master and final boss from the original game.
M. Bison – Leader of the international crime family, The Shadaloo. He is also the host and champion of the tournament.

Street Fighter II Turbo: Hyper Fighting – This release features all of the changes found in the Champion Edition with the addition of some new special moves. The overall speed of the game is increased as well, making the battles faster-paced and more intense.

Super Street Fighter II: The New Challengers -My personal favorite iteration of the game. This version rolls the game’s fighting speed back to match that of the Champion Edition. Graphics and artwork are slightly improved, the audio is completely remastered, and a new combo system is implemented. The most obvious change in this version is inclusion of several new characters:

T. Hawk – An Native American from Mexico who wishes to avenge his homeland from the destruction brought on by The Shadaloo.
Fei Long – A Chinese kung fu action star who wishes to prove himself by fighting against the best in the world.
Cammy – An English Special Forces agent on a revenge mission against M. Bison.
Dee Jay – A Jamaican reggae star and kick boxer.

Super Street Fighter II Turbo – Considered by most to be the definitive version of game. This version improves the combo system introduced in the The New Challengers and also introduces Super Combos, which are advanced moves that can only be performed after filling up a special meter during combat. This version also brings back the accelerated fighting speed found in Street Fighter II Turbo. Also, included for the first time in the series is a secret character, Akuma – a mega boss that can be unlocked by winning specific fights using certain moves and techniques. At the time of this writing, this version of the game is still actively played in e-sports tournaments.

Ultra Street Fighter II: The Final Challengers – This version of game was released exclusively for the Nintendo Switch to commemorate the game’s 30th anniversary. It officially adds Akuma to the roster, as well as dark-mirror versions of Ken and Ryu. This version features improved artwork and audio, as well a few new novelty game modes.

Every version of the game listed above, except for Turbo HD Remix and Ultra Street Fighter II are included in the Street Fighter 30th Anniversary Collection. This is due to the fact that it is a collection of the original arcade versions. Since those two titles were console exclusives, they were excluded.

For my review I spent a lot of time exploring the various versions included in the Anniversary Collection, playing each of them to completion. However, in the spirit of full disclosure, I have never played either of the two console-only versions of Street Fighter II, so anything mentioned in this review does not apply to those two games. Perhaps, I’ll get my hands on the Switch version one day and give it a closer look, time will tell. 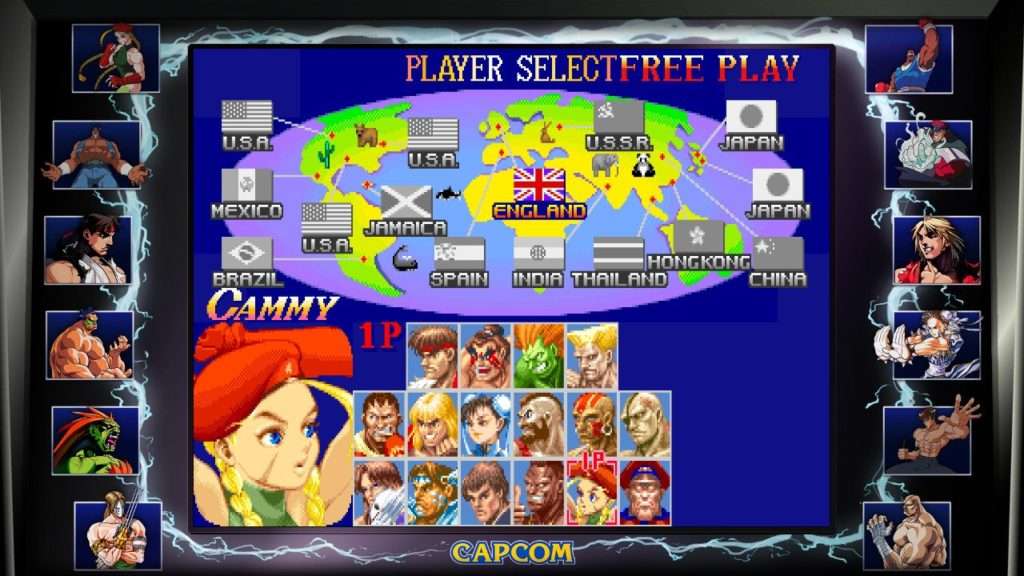 The fun part of about any of these games is going head-to-head against another player. Every character on the roster handles in a very similar way. The biggest difference between the characters comes in the form of their special moves. After spending a little time with the game, most players will settle on a specific character or two as a favorite. Once you’ve picked out your favorite fighter, mastering their moves is the next step on the road to success.

The same control scheme found in the original game is present here. Three buttons are dedicated to punches, and three for kicks. However, the playcontrol is much improved this time around. The characters no longer feel stiff and clumsy. Everything feels smooth and loose, just like a fighting game should.

Street Fighter II is one of those rare games where the home console port is just as good as the original. In fact, most players are hard pressed to spot the differences. Growing up, my friends and I enjoyed both the arcade cabinets and the console versions just the same. However, there was a certain charm to being able to gank the second-player spot of the arcade machine and test the mettle of a random stranger. To recreate this arcade experience, The Anniversary Collection incorporates an interesting online matchmaking technique. When playing in “Arcade Mode”, players will begin the game in a single-player style. But once other online players become available, the action is paused and the CPU is replaced by an online opponent – just as if someone walked up to the arcade machine and took over the second player spot. I found this to be a really nice touch.

In closing, Street Fighter II is leaps and bounds better than it’s predecessor. When it comes to head-to-head fighting games, it’s one of the all-time classics. These days, I recommend the Anniversary Collection if you need your Street Fighter II fix. But really, any version of the game is sure to provide hours of entertainment. My kids certainly agree with this claim. 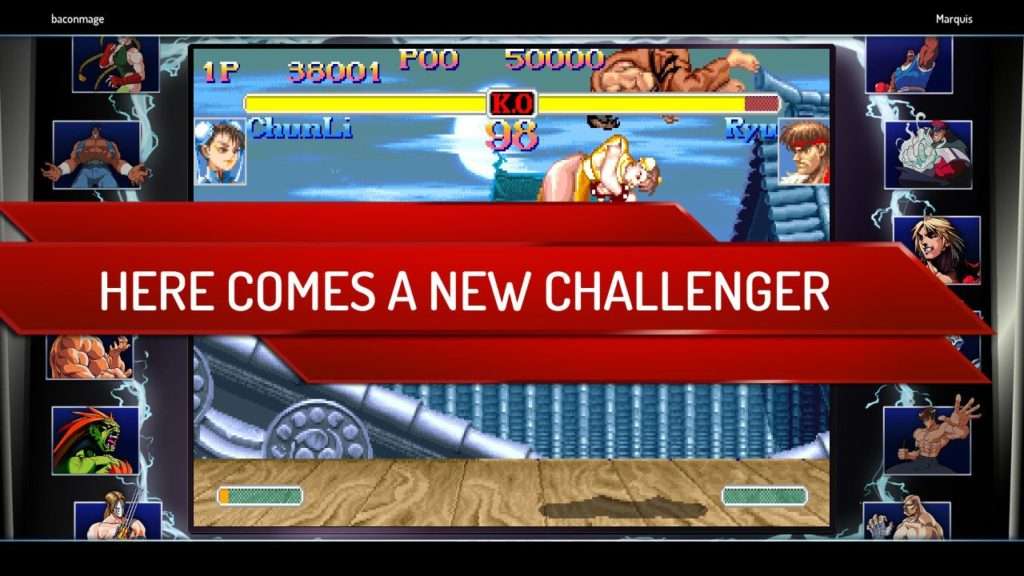 Difficulty: Medium –  When playing in single player mode each opponent you face will gradually increase in difficulty. Conquering the game will take time and practice. But with a little patience, it isn’t too difficult to master the mechanics behind Street Fighter II. I find that the difficulty is fairly well balanced in incarnation of the game. Of course, playing against other players is a completely different story.

Story: Each character has their own backstory that explains their motivation for participating in the tournament. This isn’t really apparent until you complete the single player game. Once the final boss is defeated, you are treated to a cutscene that provides some backstory. Many of these are filled with predictable tropes, but still a nice touch to what is mainly a competitive game.

Originality: This game takes the concept found in the original Street Fighter and improves on it in almost every way. Despite not being the first of its kind, this game is still responsible for introducing players to a whole new genre of game.

Soundtrack: Each character has their own unique theme song. Some are better than others, but overall they are all pretty groovy and memorable. (Who can forget Guile’s Theme?)

Fun: Even now, decades later, Street Fighter II is still a blast to play. It’s the type of game you can bring to a party and it will always attract attention.

Graphics: These days, 16-bit graphics may seem aged. But Street Fighter II still looks just as good as it did when it was first released. Its expert art-direction and use of color is still appealing even now. If you’re lucky enough to get your hands on Ultra, it looks even better.

Playcontrol: This game represents the rare occasion where the console port of the game is just as good as the original arcade version. Even now, playing the Anniversary Collection on modern hardware, everything feels fluid and responsive. My only caveat to this lies in the Switch version. When playing on the Switch, I highly recommend using the pro controller over the Joy Cons. I found the grip of the pro controller to be much for comfortable for this type of game, especially for longer sessions.

Overall score (1-100): 100 – I can’t say enough positive things about this game. It’s a classic, plain and simple. No matter what version you play, you’re in for a good time. 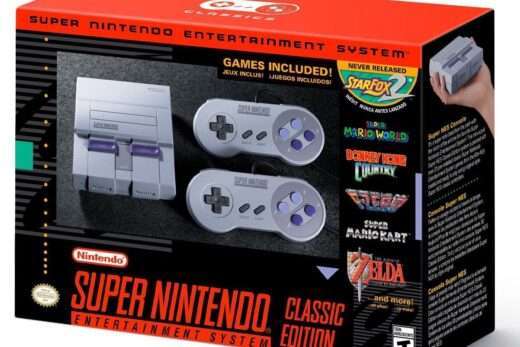 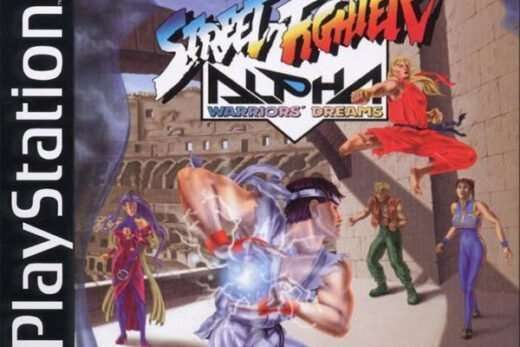 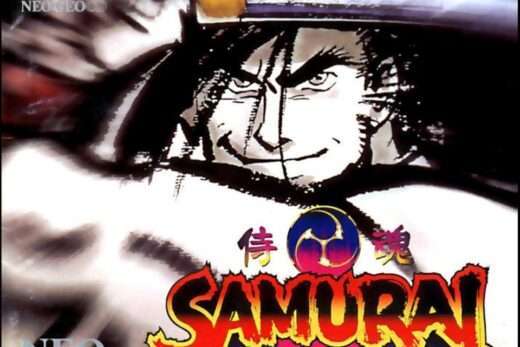 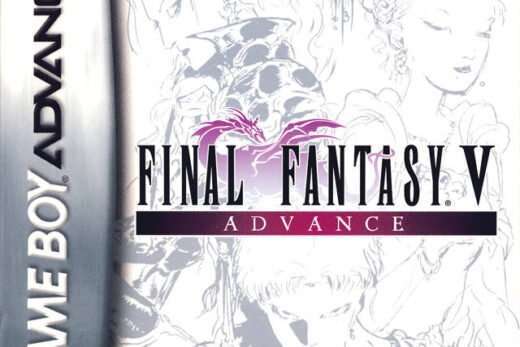