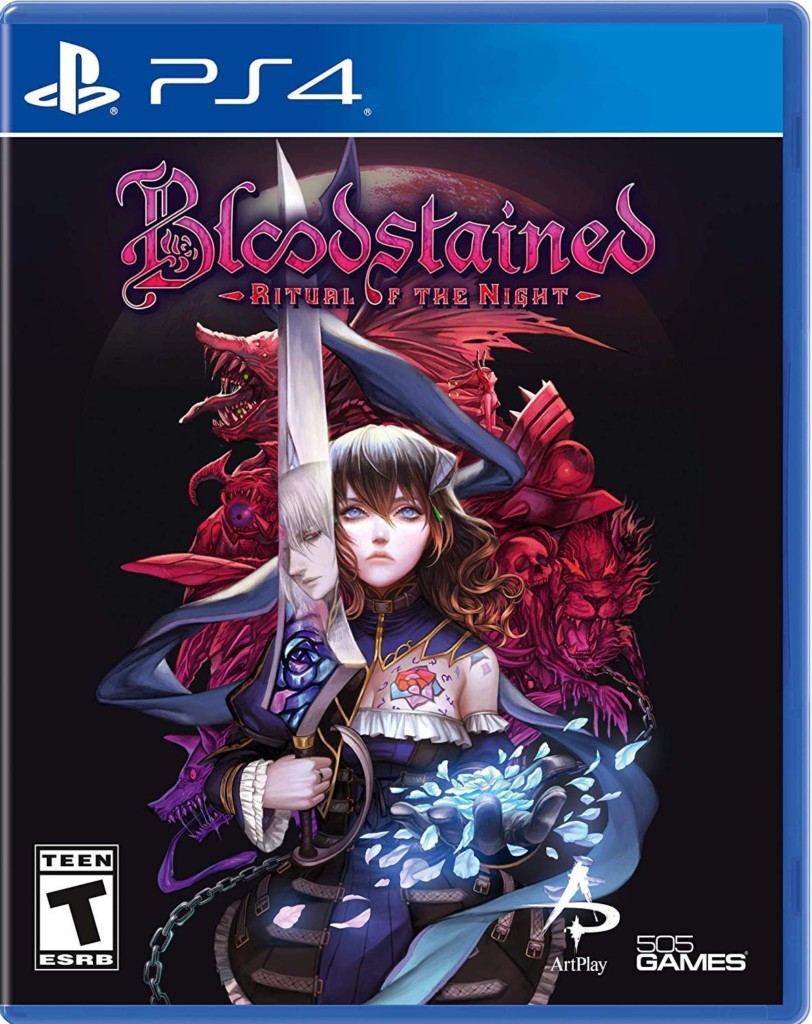 This is a game review that I’ve been waiting almost four years to write. As a lifelong fan of Castlevania, I still remember the excitement I felt when Koji Igarashi (former developer of Castlevania) announced he was creating his own gaming studio and his first project was going to be none other than a spiritual successor to the Castlevania series. Since that time, fans of the franchise have been waiting and watching. Last year, we got our first taste of things to come with the release of the 8-bit teaser; Bloodstained – Curse of the Moon.  Originally, CotM was intended to be a prequel to Ritual of the Night. However, with the actual release of Ritual of the Night, a slight change of plans occurred resulting in a retcon for the story elements of CotM. Today, it exists solely as retro-style nod to the main game. So, for those of you who never played CotM, rest assured you’re not missing out on any tidbits of official lore or anything juicy like that. You can feel free to jump right in to Ritual of Night and still enjoy a complete experience.

While we’re touching on the subject of lore, let’s take a moment to discuss the storyline behind the game. Much like the storyline for CotM, this game takes place in the 18th century. It is a time where science is on the verge of overtaking the long-practiced arts of magic and alchemy. In attempt to maintain their grip on the modern world, a group of alchemists conduct experiments on innocent people, implanting demonic-tainted crystals into their bodies. By creating a number  of these “Shardbinders” (people infused with various demonic powers), the alchemists can sacrifice them in attempt to summon a number of unholy entities. The experiment is successful, but instead of commanding the demons that appear, the fiends breaks free of the alchemists’ control and hordes of evil horrors overtake the land.

Of the Shardbinders, two survived the experiment. The first was a man named Gebel, who was able to somehow live through the summoning. Angered by the abuse he has suffered, Gebel, now in command of the demonic army, escapes and seeks revenge against mankind. The second, a girl named Miriam. Shortly after being infused with the tainted crystals, Miriam fell into a mysterious coma. Since she was in an unconscious state, she was unable to participate in the actual summoning ceremony and thus, was never killed as a result.

The game begins ten years after the demonic invasion. Miriam has finally awakened from her coma and learns about the horrors brought about by the alchemy guild. Since the experiment, much of the world has fallen into ruin. She plans to return to the alchemist stronghold, a place that has since been transformed into Gebel’s horrific fortress. She hopes to find him and convince him to end his reign of terror. 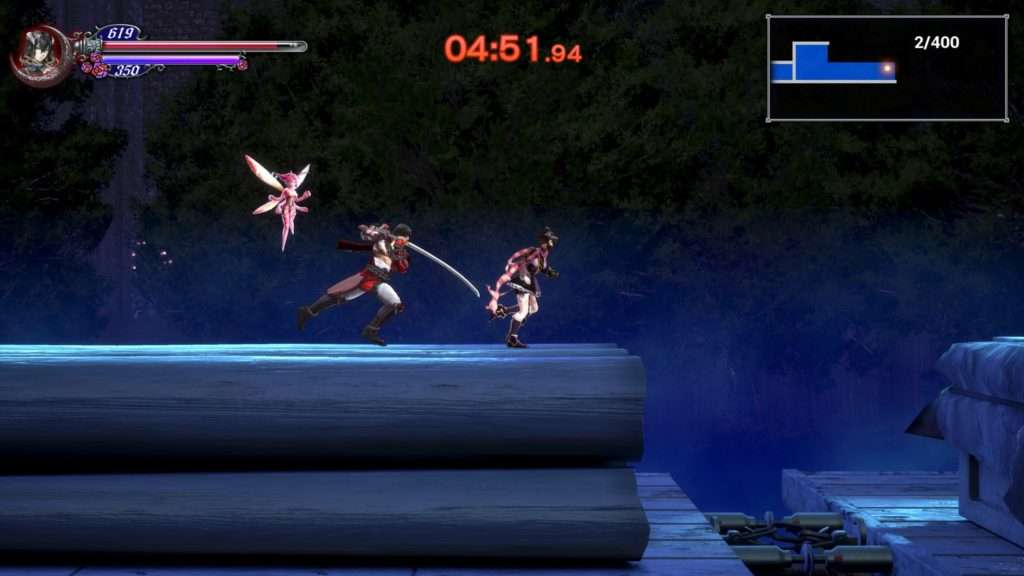 Bloodstained – Ritual of the Night is a game designed in the classic “metroidvania” style. More specifically, it is modeled very heavily after Castlevania – Symphony of the Night. In the game, you play the character of Miriam. A young girl with the power to absorb abilities from enemies that she defeats in combat. Like most “metroidvania” style games, RotN is a 360-degree sidescroller, meaning the game map can go left, right, up, and down. As players explore, they must figure out how to advance past locked doors and other obstacles. This often requires players to backtrack and find hidden items or unlock new abilities by defeating powerful boss monsters, etc. Like later games in the Castlevania series, players earn experience points as they defeat enemies. As Miriam levels up, her stats grow stronger. Miriam can also equip various weapons and armor. When donning new armor and clothing, her appearing changes accordingly. Weapons and armor can be swapped out at will. A big part of the game lies in learning how to best master the inventory system. This means changing out weapons and armor when needed in order to tackle various enemies and situations.

In nearly every way imaginable, Bloodstained feels like a natural continuation to the Castlevania franchise. The gameworld consists of a gothic castle and the surrounding area, the enemy design and behavior are similar to those seen in Castlevania, as are a number of the game’s items and weapons. For abilities, Bloodstained incorporates a “shard system”. As Miriam defeats various monsters in the game, there’s a chance that they will drop crystal shards. If they do, Miriam will absorb them – thus unlocking new abilities or traits. Shards are broken down into five different categories. Miriam can equip one shard from each category at any given time. Like the inventory system, experimenting with various shard combinations is crucial to mastering the game. 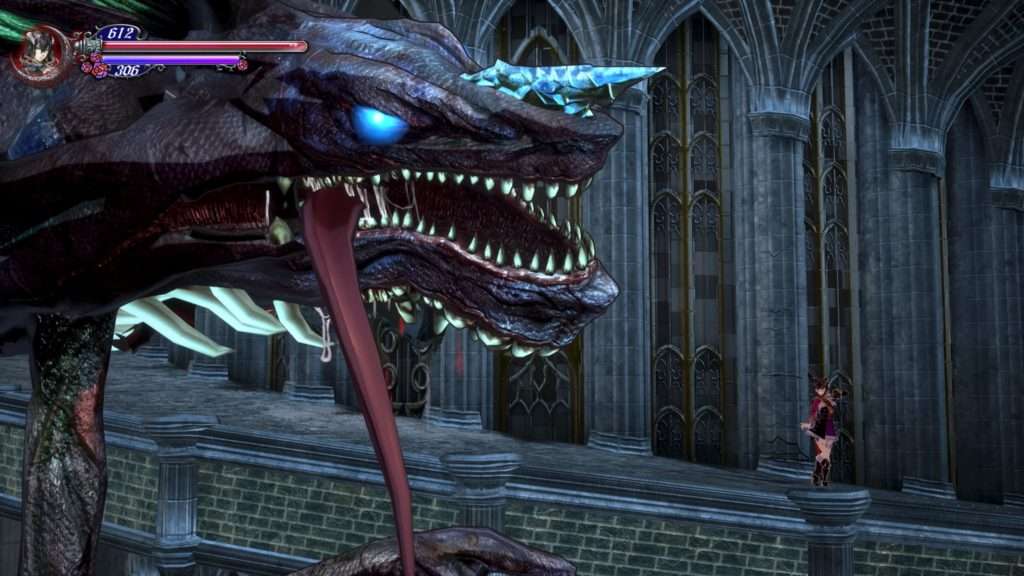 All of the characters (both playable and enemies) found in Curse of the Moon are present in this game as well. In fact, they all have quite a bit more depth to them this time around. One thing that Bloodstained does extremely well is providing nearly every character and boss monster with an interesting backstory. Fans of video game lore will find plenty to enjoy in this title.

The storyline continues to unfold as you progress through the game. And as any old school Castlevania fan might expect, there are a number of possible endings. Players who yearn for deep bits of lore would do well to take on the game’s numerous sidequests. There’s all sorts of story-related tidbits scattered throughout these optional segues. (Not to mention a healthy does of Castlevania-related easter eggs.) Completionists will have a field day with Bloodstained. The game tracks your progress on virtually every stat imaginable; map completion, bestiary, item & weapon index, you name it. In this regard, Bloodstained has a layer of polish on it that that even the majority of major titles just doesn’t achieve. In fact, it feels so thorough that it’s hard to believe that this game started out as Kickstarter project. 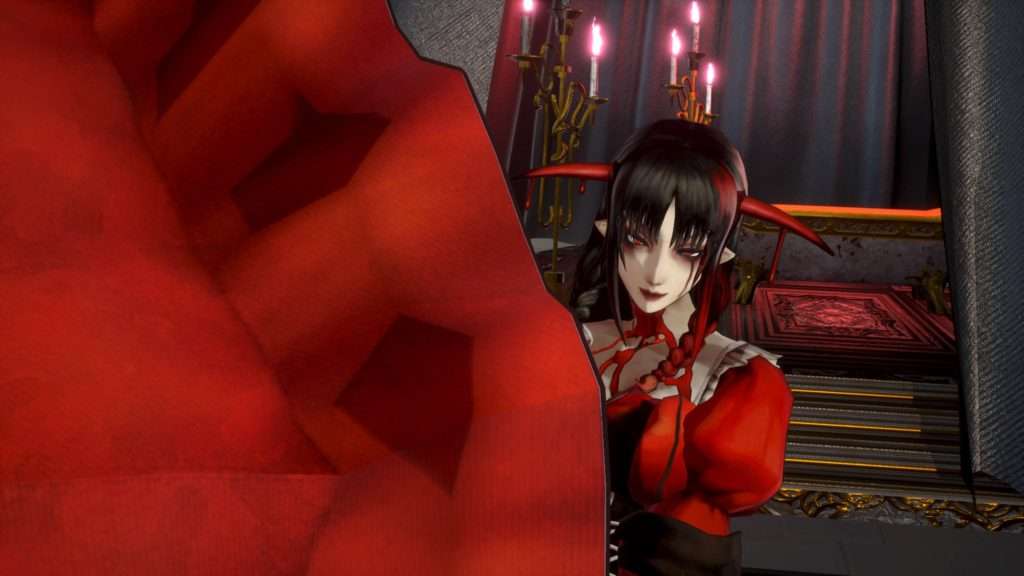 That actually brings me to my next point. As a game that’s development was funded via Kickstarter pledges, Bloodstained will feature a number of free add-ons in the coming months. These extras were promised to be included as the funding for the game exceeded various stretch goals. To date, a handful of these add-ons are already available; New Game +, Nightmare Mode, Boss Rush Mode, and Speedrun Mode. Future additions will include the inclusion of two new playable characters, multi-player content, and four more additional game modes.

Bloodstained is a love letter to Castlevania fans all over the world. After IGA’s departure from Konami, the Castlevania series was subject to a reboot. This resulted in the series taking a turn in an entirely different direction. Even though fans clamored for another game in the style they had come to know and love, their pleas seemed to fall of Konami’s deaf ears. But now, with the release of Bloodstained, fans of the genre have finally been given a new title to sink their teeth into.

Only time will tell if we are witnessing the start of a new franchise, or simply just an amazing one-off game. Either way, Bloodstained manages to fulfill nearly all of its promises. And these days, that’s often something most major studio releases fail to do. 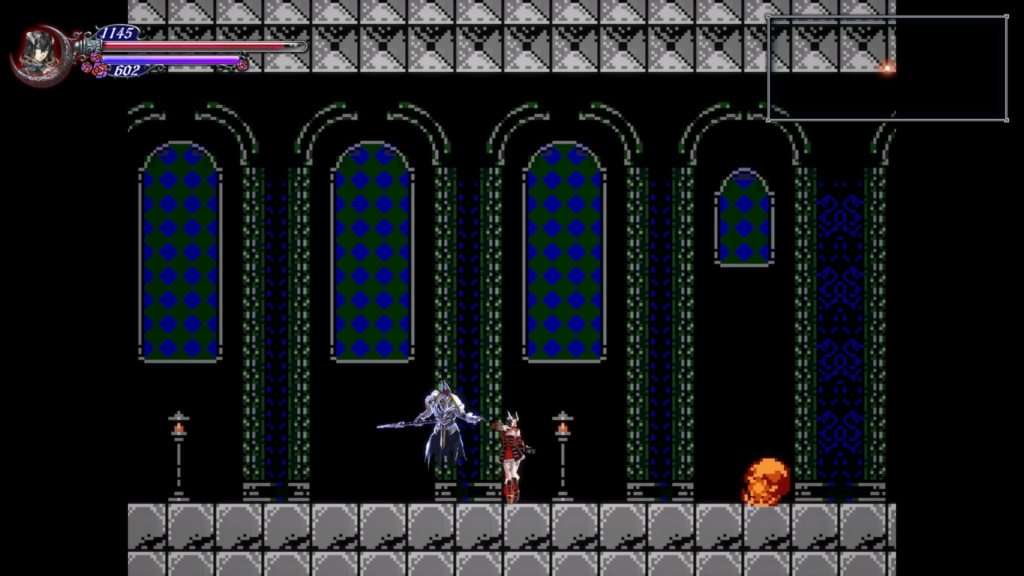 Difficulty: Variable (Hard) –  Bloodstained offers three levels of difficulty. Normal, Hard, and Nightmare. These are progressive, so in order to unlock Hard, you must first complete the game on Normal, etc. Even so, Bloodstained seems to be tad more difficult than most modern games. Normal mode is no walk in the park, especially early in the game. It’s been quite a while since I had my clock cleaned by the very first boss in a game. Bloodstained earned that honor. As the game progresses, most of the real challenge is found with boss fights. The game also features a number of optional bosses that really require some thought and strategy. These encounters are only made even harder as your ratchet up the difficulty level.

Story: The storyline for Bloodstained is very well done. It manages to keep the same tone and appeal that made Castlevania so engaging, but yet still manages to feel unique in its own way.

Originality:  If we’re being honest, there’s not really a lot here that has never been seen before. But, that’s sort of the point. Bloodstained is a tip-of-the-hat to Castlevania and therefore is filled with recycled ideas and nostalgia. But, even though that might be the case, it does come with a fresh modern polish that prevents it from feeling like another lazy retread.

Soundtrack: The music for the game is very well done. It is atmospheric and fitting. Overall it didn’t grip me the way many Castlevania scores did, but it is still top quality. Where the game really excels is in the voice acting. Even though it’s often repetitive at times, the voice acting in the game is second to none.

Fun: If you’re a fan of “metroidvania” style games, you’re going to be in for one heck of a ride. Every aspect that makes this genre of game popular is represented here in full force. Bloodstained hooked me from beginning to end. It’s a total blast.

Graphics: Early release screenshots of the game had fans a bit concerned. But a zero-day patch for the game provided a massive graphical overhaul. The end result is a 2D title that’s simply breathtaking. Everything from the lighting to the level design is pure eye candy. It’s important to note that the switch release is not quite as sharp and detailed as other versions of the game, but still looks pretty impressive, especially when played on the small screen.

Playcontrol: I personally played this title on the PS4 and found the controls to be flawless. I’ve heard similar reports for the Xbox version as well. Players enjoying the game on a PC or the Switch would do well to invest in a pro-style controller for the best experience.

Downloadable Content: YES – Bloodstained will receive a number of free DLC packs that unlock additional game modes and playable characters. Also available is a $10.00 “IGA Back Pack” add-on that enables a special boss fight. This content was initially going to be made available only to Kickstarter backers free of charge. However, it is also available to everyone for a price. (At the time of this writing the Back Pack is only available on Steam – but coming soon to consoles).

Value: Bloodstained is typically available for anywhere between $30-$40, depending on the retailer and platform. In my opinion, the game is worth either price. Especially when you consider the additional free DLC that is coming and the amount of replayability that’s already built into the game.

Overall score (1-100): 90 – Bloodstained is an amazing game. And it’s one that appeals to gamers across the generational gap. Old school players will feel right at home with the design and style of play. Younger players will revel in the simplicity and instant action found within. What makes this title so great is the combination of both a time-tested formula and a modern graphical and audio presentation. All of this is mixed with a variety of game modes to enjoy. Bloodstained is really a labor of love, and it shows.