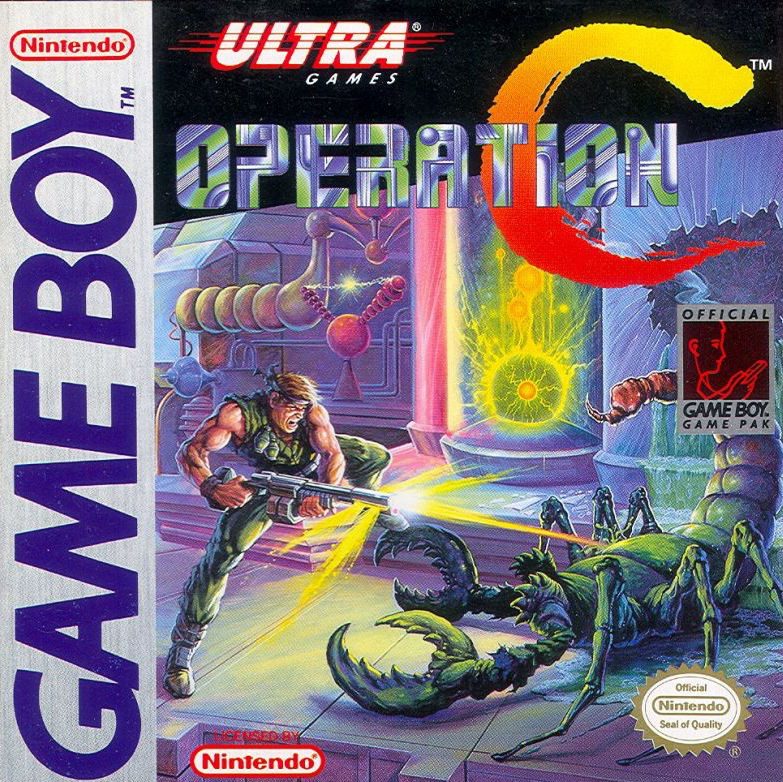 Still digging into the depths of the Contra Anniversary Collection, I decided to take a step back from the main series and take a good look at the first portable offering to bear the Contra name; Operation C. This game was actually released about a year before Contra III, but being somewhat of a side story to the main series, it got little attention. I remember reading about this title in magazines when I was little. But personally, neither I nor any of my friends owned a copy of the game. Needless to say, I was excited to finally get a chance to see just how Konami was going to make Contra work on the old school Game Boy.

As you might expect from a Contra title, this game is all about action. There’s really not much here in terms of a plot. Of course, there is the obligatory synopsis in the game’s manual. But it’s not exactly clear when or how this game fits in with the overall Contra storyline. Essentially, it is discovered that a rogue paramilitary group is using technology leftover from the previous alien invasion to develop weapons. Our hero, (either Bill or Lance – depending on which localization of the game you choose to believe) is sent in to take out the threat. Again, it’s not very clear at what point in the Contra timeline the events of this game take place. But it’s safe to assume it happens sometime after the events of either the first or second game. 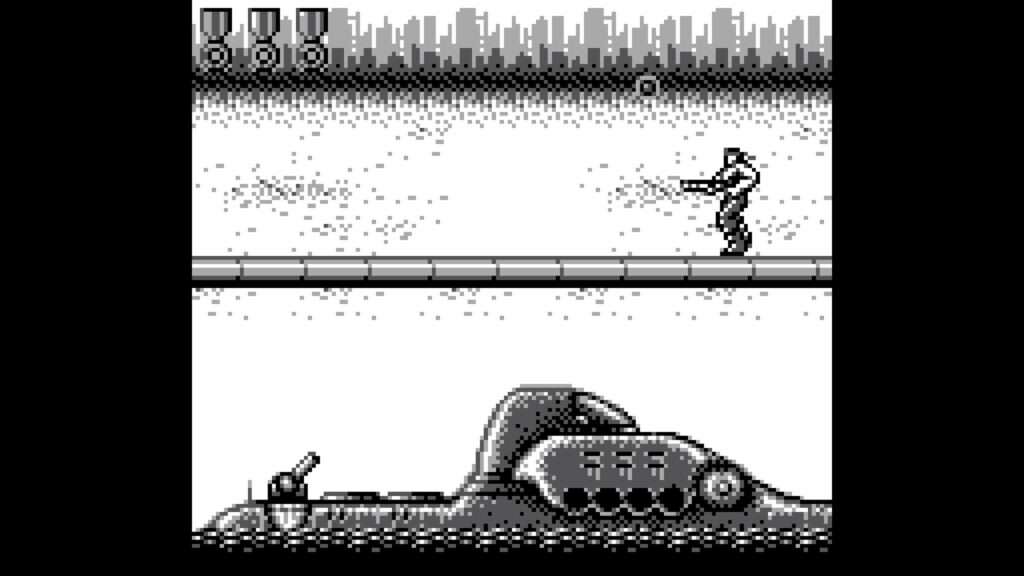 Many of these early Game Boy games are really nothing more than attempts at making portable versions of already successful console titles. This happens with varying results. Games like Super Mario Land and Castlevania Adventure come to mind. Both of those games had their charms, but often felt a bit out of place when put up against other games in the series. Of course, as developers became more familiar with the Game Boy hardware, future games tended to fair better. Operation C seems to continue this trend. Released just two years into the life cycle of the Game Boy, this game looks and feels very much like an early GB title.

Now, with that in mind, Operation C is surprisingly well done. Nearly everything that players love about the first two titles in the series are present here; a variety of guns, funky aliens, memorable boss fights, and even both side-scrolling and overhead stages. The only staple to the Contra series that’s missing is the multiplayer functionality. This was actually a big complaint at the time the game was released. Contra is a series made famous for its co-operative multiplayer. And yes, thanks to the popular link-cable, even the Game Boy had multiplayer capability. But, even though multiplayer functionality is supported by the system, I imagine a fast-paced action game like Operation C would have simply been too much for the Game Boy to handle.

You see, even as a single player title, the on-screen action really had to be toned down significantly. In both Contra and Super C, the screen is often filled with multiple enemies and projectiles at one time. But due to limitations of the Game Boy’s hardware, Operation C rarely has players fighting more than two or three enemies at a time. As a result of this change, Operation C is significantly easier than the rest of the series to date. That’s doesn’t mean it’s a walk in the park, but it certainly doesn’t pose the same challenge for players as other games bearing the Contra name. 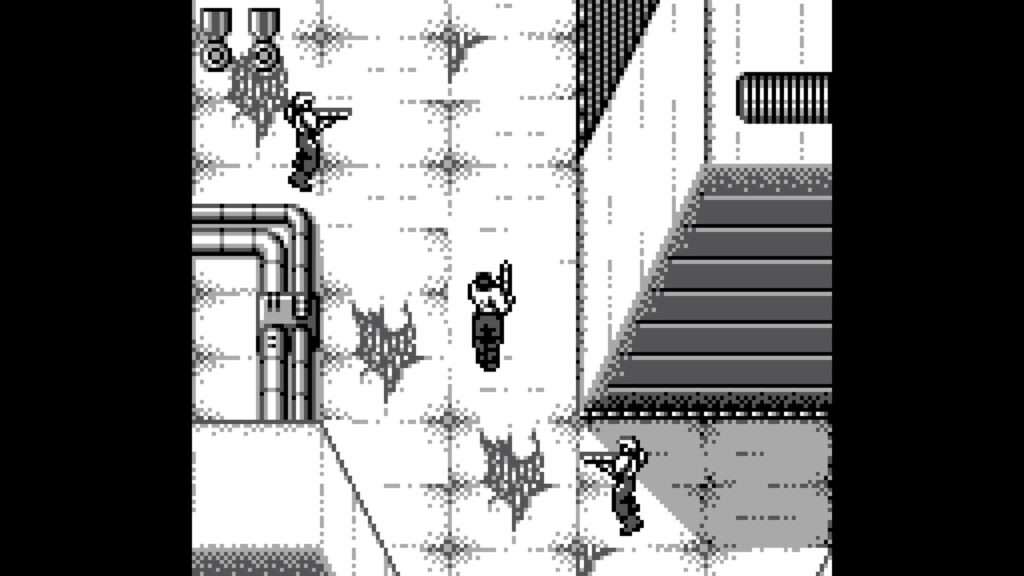 As I mentioned earlier, Operation C borrows heavily from both Contra and Super C. Both the music and level art are oftentimes pulled right from the other games. But considering its goal to simply be a representation of “Contra” that can be played on the go, borrowing elements from the other games is more than acceptable. 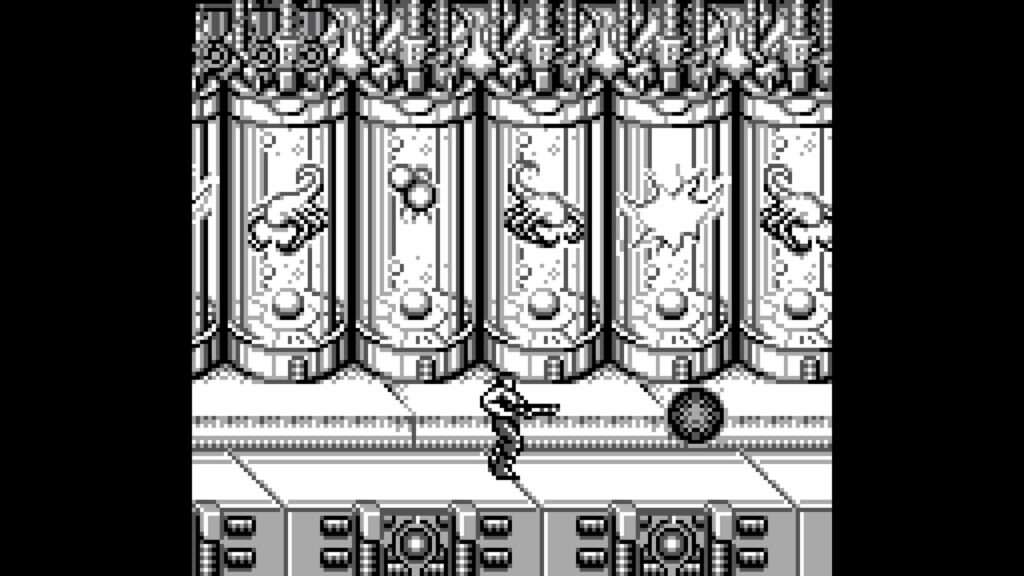 Difficulty: Hard –  When judging it alone, Operation C is still a pretty tough game. But when stacking it against other entries in the series, it’s considerably easier. In fact, if you have the skill needed to complete either Super C or Contra III, you can probably conquer this game in your sleep. Still, this game is no cake walk.

Story: Even though it’s not a focus, this game actually manages to have a a slightly better story than the rest of the series so far. Regardless, no one plays Contra for the storytelling.

Originality: There’s really nothing here that hasn’t been seen before. The big original feature here is simply being able to play on a handheld device.

Soundtrack: Operation C lifts music from other games in the series, with a few original compositions mixed in. Considering this game is meant to be nothing more than a handheld “Contra” experience, this is acceptable. The music itself is just about as good as any other Game Boy title.

Fun: For an early handheld Contra title, Operation C manages to be quite entertaining. If you’re a fan of the series, you’ll undoubtably find a decent amount of amusement from this title.

Graphics: As far as Game Boy games go, Operation C does a pretty impressive job. Especially for being such an early title. The sprites are clear and detailed and the art direction does a great job staying fresh from level to level.

Playcontrol: As with many early action-based Game Boy titles, this game can feel just a tad sluggish at times. But, it’s not nearly as bad as other games on the system. I never played Operation C on the original Game Boy hardware. So the Contra Anniversary Collection is my first experience with the game. Like other titles in this anthology, I suspect that this game, feels a bit more natural on the original hardware. But, I didn’t really have any complaints when playing it on the PS4 controller. I can’t attest to how well it might perform on other systems.

Value: Getting your hands on a physical copy of this game will likely run you anywhere from $7-$15 on eBay. Today the easiest way to enjoy Operation C is through the Contra Anniversary Collection. This collection includes a total of seven games from the Contra series, plus their international counterparts – all for $20.00. With this in mind, it is certainly worth the money.

Overall score (1-100): 65 – All things considered, Operation C is a pretty decent game. It succeeds in what it sets out to accomplish – which is to provide the Contra experience for users of the Game Boy system. It doesn’t really innovate or do anything to improve the series as a whole. But as I said, that’s not the point. This game isn’t likely to be anyone’s favorite, but it does a solid job of bringing Contra to a handheld device.