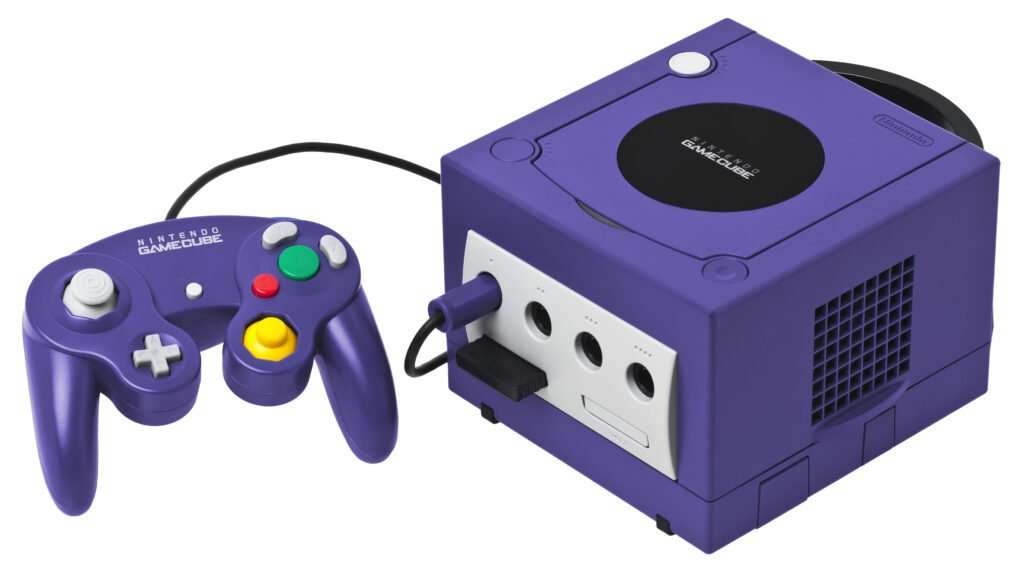 The time has finally come! In the coming days I’ll officially begin tackling a new chapter in my backlog. This next era will focus primarily on games from the Nintendo GameCube, the original Xbox, and the Playstation 2. I’ll be kicking off this phase with a special Halloween review of the GameCube classic, Luigi’s Mansion. Before diving into the game itself, I do want a take a brief moment to look back on the GameCube and and share my thoughts on this often overlooked system.

In case you’re unaware, the GameCube is the name of Nintendo’s fourth major home console. It is the device that followed the Nintendo 64 and was Nintendo’s answer to the Sony Playstation 2. The GameCube marks Nintendo’s first foray into optical disc gaming. At time of its release, Nintendo was well known for their fears that storing games on optical disc media could lead to excessive piracy. It was widely speculated that this fear directly led to the N64 being a cartridge-based system (a fact that caused it to lag behind the Playstation in terms of graphics and also overall game performance). So, it was with some reluctance that Nintendo took the plunge into the modern world of optical storage. To help prevent consumers from easily copying game discs, Nintendo decided to use miniDVD media instead of full-sized DVD-ROMS. While these discs were leagues above older-style cartridges in terms of storage, they still held considerably less than a full sized DVDs. This led to a number of games requiring multiple discs on the GameCube, where the entire game could fit on a single disc on other systems. Like other systems from the same generation, the GameCube used proprietary memory cards for saved-data storage.

The console itself was designed to be compact. It included a built-in handle on the back. Nintendo explained that this was done so it would be easy for children to carry the system to a friend’s house. In fact, Nintendo designed the GameCube with local multiplayer in mind. The console includes a total of four controller ports, making it the ideal system for arcade-style multiplayer games.

But of all the innovations the GameCube brought to the table, the controller has to be my very favorite. The GameCube controller see’s Nintendo joining the trend of other console manufacturers by going with a “handlebar” style design. The controller itself was designed to be as ergonomic as possible, while still providing as much functionality as their competitors. The controller still features a D-pad, but this time it has been diminished to being a secondary option. The new main directional-control comes in the form of a rubberized analog thumb-stick. There’s also a secondary thumb-stick for precision camera controls. Nintendo kept their four-button scheme for the face of the controller, but this time changing the layout of the buttons (again, for ergonomic reasons). The GameCube controller also still retains two shoulder pads. But this time they act as pressure-sensitive triggers. Finally, there’s a single “start” button. Of all the 128-bit gen consoles, I do think the GameCube controller (or rather its wireless variant) might just be my favorite.

Technical specs aside, the GameCube holds a special place in my heart as the console that got me back into gaming. You see, as a young child growing up in the 80’s, I was a rabid Nintendo fan. I spent countless hours in front of my NES and SNES. But as I entered my teen years, my interests shifted from gaming to other things. For the last half of the 90’s, I was nothing more than a casual observer of home consoles. Nearly all of my gaming during that time was focused solely on the PC front. It wasn’t until I was married and saw a display at a local store for the GameCube that I seriously considered acquiring a new home gaming console. Even my wife seemed to be enchanted by the colorful world of The Legend of Zelda: Windwaker we saw that day at our local Toys R Us – so much so that later that day, she actually proposed that we go back and “buy that new Nintendo”.

Naturally, I purchased a slew of first-party titles t o go with my shiny new system; Luigi’s Mansion, Super Mario Sunshine, Windwaker, etc. But it was the remake of Resident Evil – a game that debuted on the Playstation a few years prior that really got me hooked on console gaming all over again. In fact, I was enjoying playing games from the comfort of my living again so much, that I also went out and grabbed a Playstation 2. My passion for gaming was officially rekindled.

These days I no longer have a physical GameCube, but I still have a Wii which is backwards compatible with GameCube discs. I’ll be using that system to review a number of classic GameCube titles in the coming months. Stay Tuned!