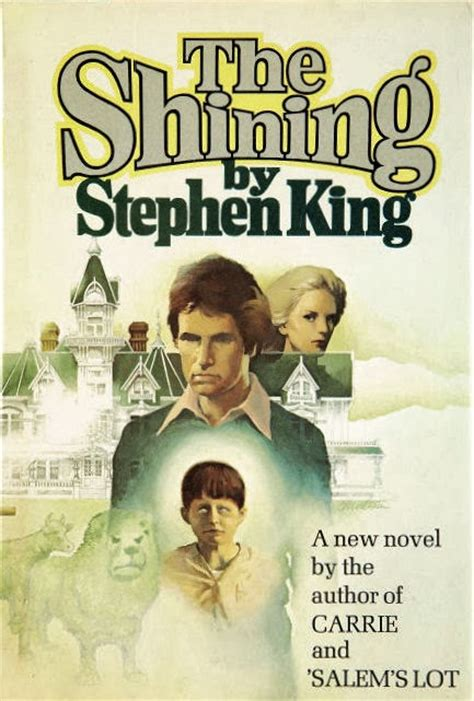 Continuing with my tradition of reviewing a Stephen King novel in time for Halloween, this year I set aside some time to revisit a real classic, The Shining. This was King’s third full-length novel, and by the time this book was published it seems he had fully embraced the label of “horror author”.

In case you’ve never actually read the book or seen the film, The Shining is a story about Jack Torrance, an alcoholic and former teacher. After a violent altercation with a student, he is forced to resign from his job and he now struggles with the stigma surrounding his exit. To make ends meet, Jack agrees to sign on as the winter caretaker for the Overlook Hotel – a prestigious resort high in the Colorado Rockies with a dark history. Jack moves into the hotel with his wife and son and intends to take advantage of all the downtime the job will afford by finishing a play he’s been writing for several years. As part of his duties, Jack comes across a number of files containing details about the hotel. As Jack begins to explore the history behind the Overlook, he becomes strangely fascinated by it, almost to the point of obsession.

Jack’s son, Danny is a boy with an exceptional power. Danny is gifted with “the shining” (AKA: ESP). Danny can often read the thoughts of others. He is also very sensitive to paranormal phenomena. Danny’s abilities really come to life once he sets foot in the Overlook. His presence there seems to stir up the dark energy surrounding the place, causing the spirits to slowly ramp up their influence on Jack in a very dangerous way.

The novel follows the day-to-day life of the Torrance family as winter season progresses. Over time, it chronicles the deterioration of both Jack’s psyche, as well as the bond that holds the family together. By the end of the novel, Jack becomes almost completely consumed by the evil energy in the hotel and embarks on a murderous crusade against his wife and son.

Regardless of who you are, this is a chilling book. If you’re married with children, the effects of the story are made even more intense. Being a father myself, I found the several parts of the novel particularly disturbing.  The story itself is masterfully crafted, and despite having a few slow moments, the pacing of the book is very well done. If you’re fan of psychological horror, this is a book that is very likely to appeal to you.

To enhance the mood even further, I suggest reading it during the appropriate season. If you’re actually snowed in – even better! This novel is highly regarded as one of King’s most memorable works. I agree with that statement.