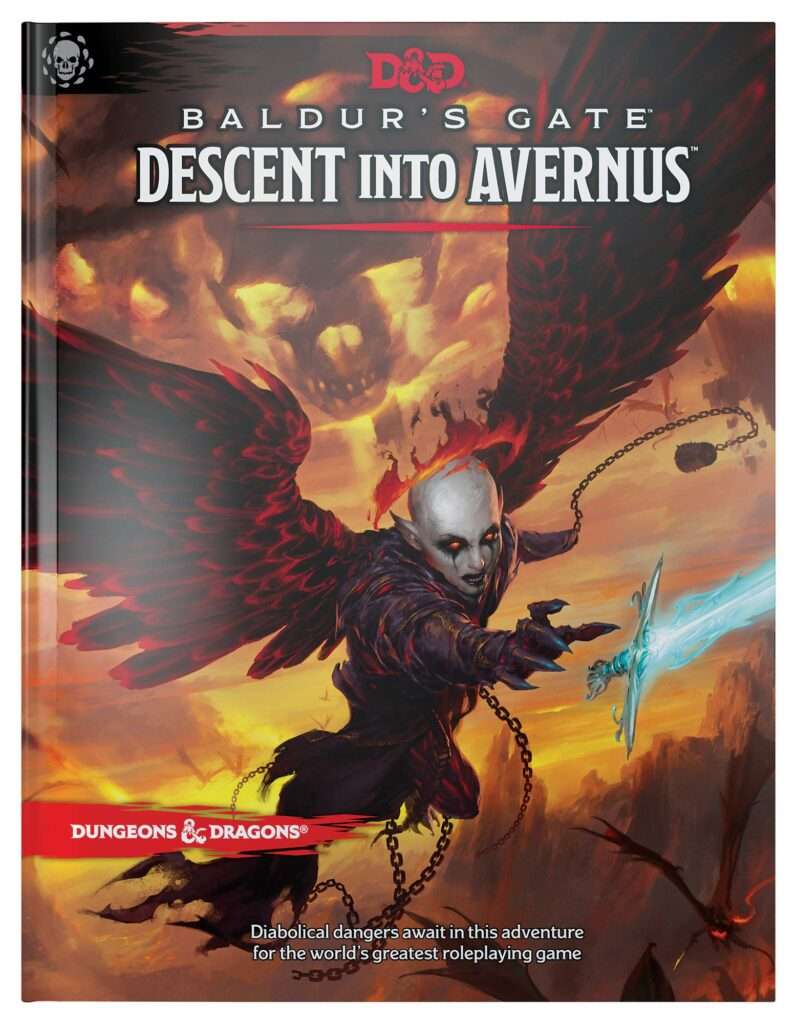 For as long as I’ve been a fan of D&D, one aspect of the game lore has always been a favorite of mine: The Outer Planes. There’s just something about the idea of visiting what are essentially “other dimensions” that I find fascinating. Now, add in the fact that most of the planes are rooted in real-world mythology and you have the perfect recipe for getting my complete attention. Even as a young child I had a strong interest in anything esoteric. Concepts like angels, demons, heaven and hell never failed to capture my interest. When I played my very first game of D&D as a kid, one of the final chapters of our campaign involved stepping through a portal that led to The Nine Hells to recover a holy artifact that had been stolen by a rogue angel. The whole thing captivated my imagination.

Early D&D books were filled with things like holy weapons and lists of divine entities. A number of the First Edition monster books cataloged a virtual rogue’s gallery of Arch-Devils and demons. But, as you can probably imagine, the controversy surrounding such things ultimately led to this being dialed back to a pretty severe degree by the time 2nd Edition rolled around. Over the years, the censorship on such topics has slowly eased bit by bit. And now, we have finally been delivered a product that features all of these infernal concepts front and center; Baldur’s Gate – Descent Into Avernus.

Descent Into Avernus is an adventure designed to take players from level 1 to level 13. As you might have guessed by the title, it is based in the Forgotten Realm’s city of Baldur’s Gate and focuses on the rivalry between Baldur’s Gate the the neighboring city of Elturel – a city that has now vanished from the Prime Material Plane and become a part of the The Nine Hells. The adventure itself will see the players embark on a rescue mission of sorts, taking them quite literally into Hell itself.

Of course, D&D players have been adventuring across The Nine Hells for decades, but never like this. It seems that the authors of this adventure actually put a momentous amount of thought into just what a trek into Hell should be like. To put it lightly, it’s not a pleasant experience. The adventure is nothing short of brutal. And even when the players manage to secure any sort of victory, there’s always another side of the coin that’s usually unpleasant. The whole package is extremely well written and thought out. It really makes Descent Into Avernus one of the best 5E modules released to date.

Of course, despite being a very well-written adventure, this is not an adventure for everyone. The setting and concepts included in this adventure are very dark and mature. I wouldn’t consider running this adventure for children. I say that not because there’s anything particularly off-limits within the pages of this book. But rather, simply because it touches on some very difficult areas when it comes to morality and explores the gray area between good and evil in a very philosophical way. It’s not an easy pill for innocent minds to swallow.

As a fan of old school D&D, I look forward to hosting this adventure one day when my children have grown. Descent Into Avernus captures that old-school 1E vibe perfectly.