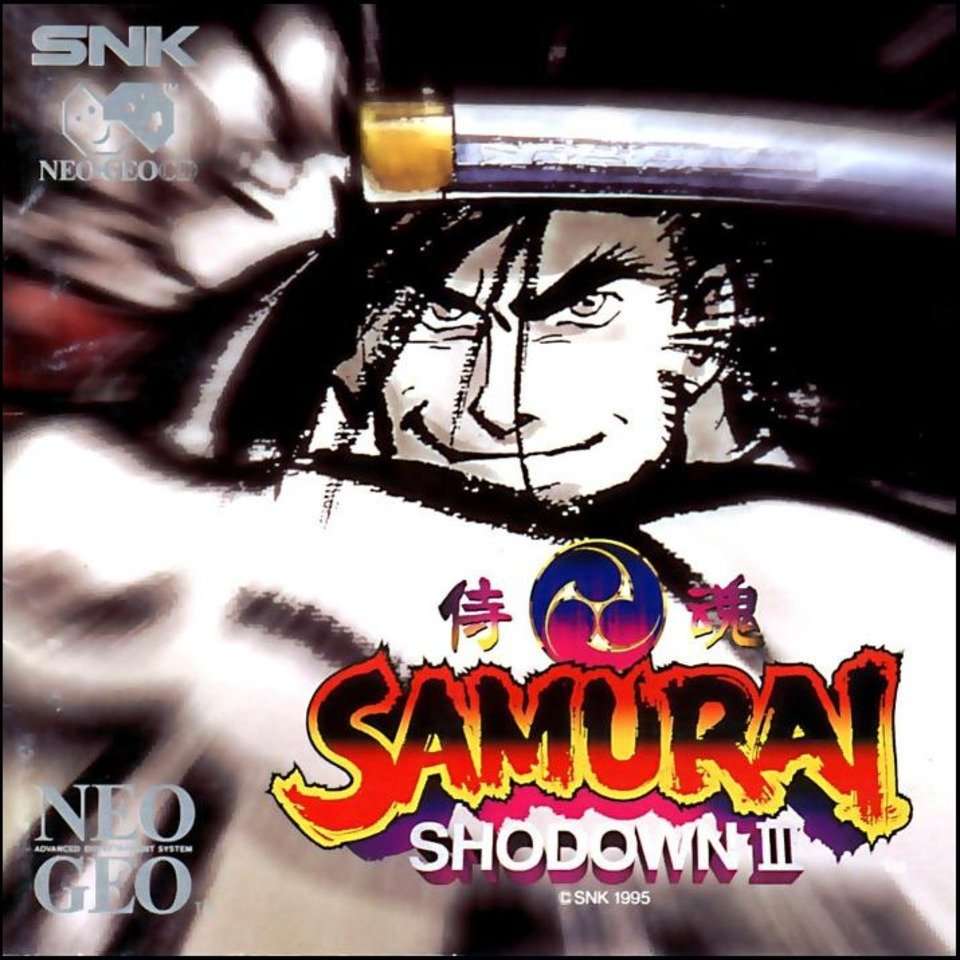 The life of an old game hermit is never dull. It seems that I have found myself again in the midst of a career change. Don’t worry! It’s a good change and I’ve actually got a week of downtime before starting my new job. Not only is it nice to have a week off, but it is actually the week of Christmas! So look forward to a bevy of game reviews in the coming days. To start, I’m going to look at the next installment in the Samurai Shodown series; Samurai Shodown III: Blades of Blood. As you may have read in one of my earlier reviews, Samurai Shodown II was a pretty solid improvement over the first game in the series. So, let’s see how this third entry stacks up.

Before getting into the particulars of the gameplay, let’s take a quick look at the setting behind this new entry in the series. Lore-wise, Samurai Shodown III is not the next chapter in the Samurai Shodown story. Instead, the events of this title actually take place between the first and second game. Also, unlike the previous games, the story for this chapter does not focus on the character of Haomaru. Instead, the spotlight is on an entirely new character by the name of Shizumaru Hisame – a mysterious young boy who wields an umbrella instead of a sword.

This time around, there’s no tournament for our characters to compete in. Instead, the ultimate goal of each of the fighters is to hunt down and destroy a powerful warrior by the name of Zankuro. Each character has a personal reason that drives them towards this goal. And as expected, everyone ends up doing battle to determine who will have the right to cross swords (or umbrellas) with Zankuro. 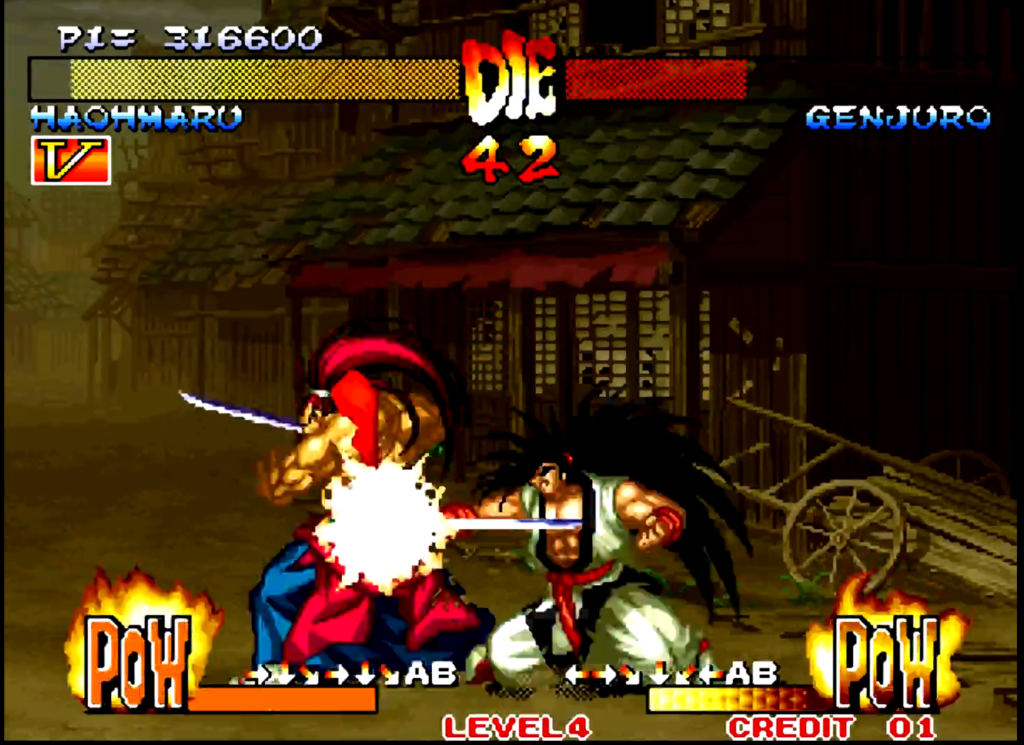 This game provides a pretty dramatic shift to the roster of playable characters. From the first two titles, only the following characters have carried over (and a few of them have undergone pretty extensive redesigns):  Haohmaru, Galford, Genjuro, Ukyo, Kyoshiro, Hanzo, Nakoruru, and Amakusa (now a playable character).

Shizumaru – A mysterious young man who uses an umbrella as a weapon. Shizumaru is on a quest to slay Zankuro, whom he believes is responsible for the death of his family.
Rimururu – Sister to Nakoruru. Rimiruru attacks her opponents with ice magic.
Basara – An undead warrior who in life, was slain by Zankuro. Fueled by hatred, he has risen from the dead to seek revenge. Basara wields an over-sized shuriken attached to a chain.
Gaira – Nephew of the legendary master Nicotine Caffeine. Gaira is a large warrior who does battle using a giant set of prayer beads.

Zankuro – The final boss of Samurai Shodown III. Zankuro is a sadistic killer whose only goal in life is to slaughter others in hopes of becoming the most powerful warrior of all time. In some versions of the game, Zankuro can be unlocked as a playable character via entering a secret button combo.

To make things even more interesting, after selecting a character to fight with, players are then prompted to select a particular “Choice Technique”: Slash or Bust. “Slash” represents the character in their normal or basic form. Whereas, “Bust” presents the character in a sort of darker, more questionable tone. The Slash and Bust versions of the characters have different special moves and an overall different style of play. In theory, neither version is supposed to be better than the other. But in some cases, I found the “Bust” versions of some characters to be noticeably overpowered. 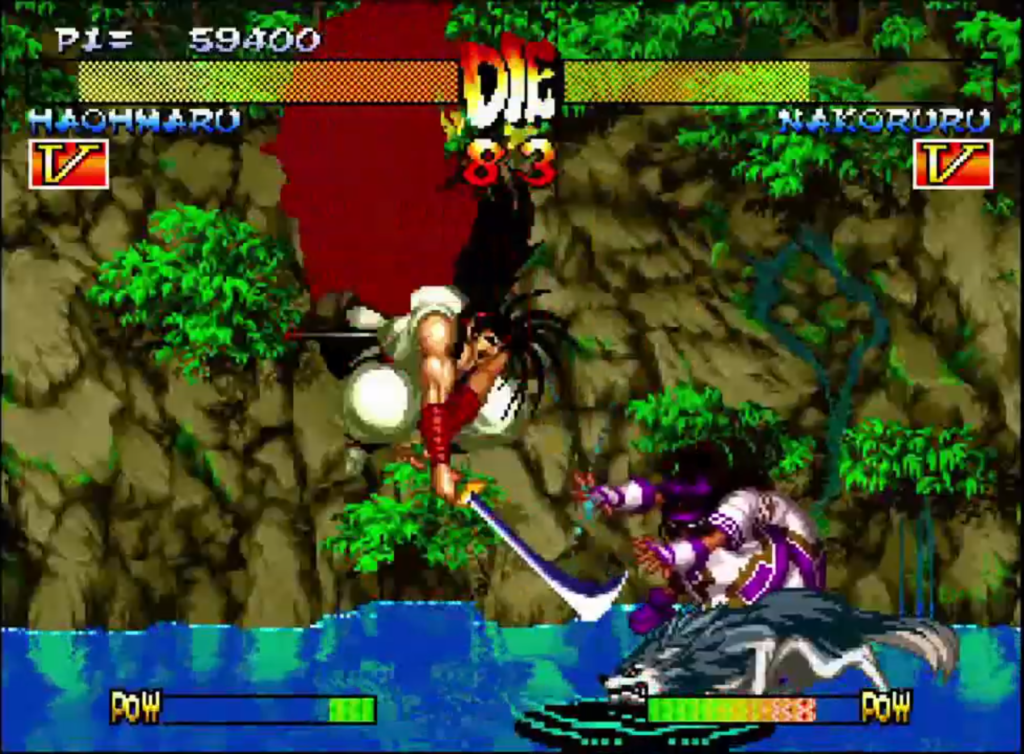 Samurai Shodown III has a very different feel from the previous games in the series. To start, the game has a pretty drastic change in tone. Gone are some of the more comical characters and taunts that made the series famous. Everything about this game has a much more serious feel about it. Which I guess isn’t necessarily a bad thing. But it does run the risk of alienating some long-time fans of the series.

Another big change to the game comes in the form of the control scheme. Samurai Shodown III features a heavily-revamped control design. This time, three of the four attack buttons are relegated to weak, medium, and powerful attacks. While the fourth button is reserved for a kick-based attack. The whole special-move aspect introduced in the last game has been scrapped in exchange for a new dodge/counter-attack concept. Personally, I think this change is fine. But as someone who played the first two games in the series, it did take a little getting used to. And I’m really not sure it adds much in terms of value. SNK also steals a move from the Street Fighter franchise in this game by allowing players to select a skill-level at the start of each match. This essentially gives the players an easy way to enable a handicap by automatically blocking a certain number of attacks and simplifying the execution of special movies. Thankfully, some of the classic concepts that made the series unique like the rage meter and the weapon-drop mechanic have stayed intact. So even though the gameplay for this title is largely revamped, it still retains that unique “Samurai Shodown” feel.

The big complaint that I have with the game itself has to do with the quality of the finished product. In a number of ways, Samurai Shodown III feels very rushed and incomplete. The game has a tendency to be rather buggy, specifically in terms of attack-collision. Often times, you can injure other players even if you strike quite outside of what seems to be their logical hit-box area. The opposite also seems to be true from time to time. It’s actually pretty messy and embarrassing.

All of these changes and issues make Samurai Shodown III a pretty divisive game among fans. For a more general audience, it’s not particularly bad in its presentation, but it doesn’t really have what it takes to stand out in a crowd either. Regardless of how you feel about the direction the developers chose to go with this game, its still possible to have a really good time with it. The new options make for some pretty fun match-ups, even if a few of the characters seem a bit too powerful.

Originally released as an arcade game, Samurai Shodown III was also available on both the NeoGeo AES, NeoGeo CD, Sega Saturn, and the Playstation. When it comes to the home version, the NeoGeo CD release is probably the best. Both the Playstation and Saturn ports look great but suffer in terms of performance. The arcade version of the game is included in the Samurai Shodown Anthology and is also available for download on the Nintendo Switch, PS4, and Xbox One. For my review, I played the Xbox One version. 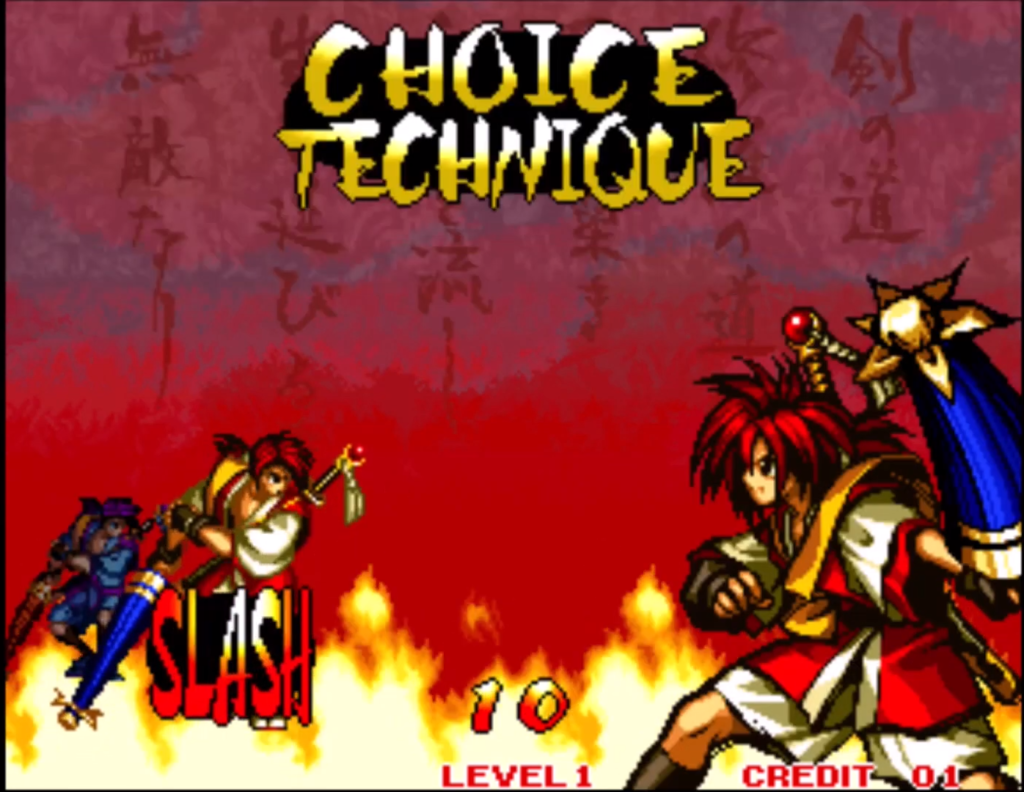 Difficulty: Medium –  This game is pretty weird when playing against the CPU. The CPU AI is notoriously effective at blocking most basic attacks. But it almost always leaves it open to counter attacks and special moves. With this is mind, it’s actually quite easy to develop a strategy where you can bait the AI into attacking first, then simply counter-attacking it to death. Once you’ve figured this out, it makes completing the game much easier than one would expect. Of course, when competing against other players, your experience will vary greatly.

Story: The set up for this game is a little weak when compared with the first two games in the series. But I give SNK points for trying something new. In truth, this type of game really needs very little in terms of backstory. When playing fighting games, I’m always more interested in the story behind each individual character. With this in mind, the developers did not disappoint

Originality: Samurai Shodown III takes a few queues from its competitors in terms of standardizing the control mapping and enabling players to select a handicap at the start of each match. It attempts to make up for this blatant copying by introducing the concept of the Choice Technique. While this is an interesting idea, it doesn’t really succeed in breaking any new ground and does little to help this game stand out among the growing field of fighting games.

Soundtrack: This game keeps with the tradition of providing atmospheric background tracks using traditional Japanese instruments. Most of the music in the game will seem familiar to fans of the series, which isn’t really a bad thing I suppose. But there’s really nothing particularly exciting here either.

Fun: This game is not without its issues. The balance problems present in this game can potentially provide a real buzz-kill for the average player. But as long as you are willing to set aside any real sense of competition, you can still have a pretty good time playing with a friend.

Graphics: Samurai Shodown III actually seems to be a step backwards in terms of graphics for some reason. It’s not really due to poor rendering. But instead, bad art direction. I think in the developer’s quest to provide a darker, more serious tone to the game. They backed off a bit on the traditional colorful anime art style that really made the series popular.The end result is a game that looks slightly out of place.

Playcontrol: This game revamps the control scheme pretty dramatically. But, once you get the hang of it, it makes sense and works pretty well. The real problem with his game has little to do with physical playcontrol but instead it suffers from a number of bugs that can cause attacks to hit or miss when they’re not supposed to. This is actually a pretty serious issue for a competition-style game.

Overall score (1-100): 55 – If this were the first Samurai Shodown game to have been released, I feel like it would have likely been the last. This game can still be fun to play, but it is riddled with bugs and unusual design choices that make it more of a curiosity than a game people remember fondly. Fans of the series are likely to enjoy this game. But I can’t really recommend it to the average consumer.