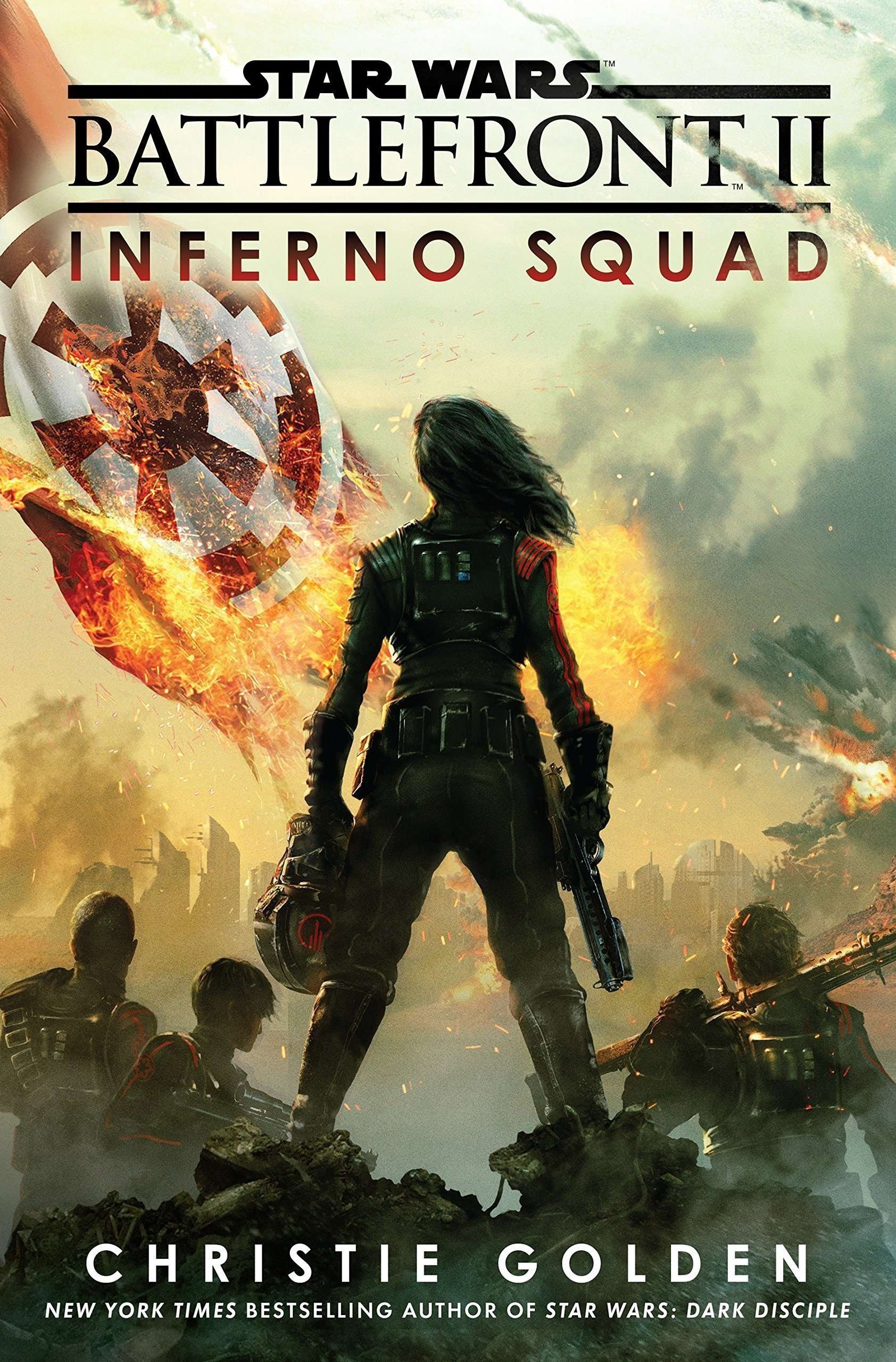 So, I obviously fell short on my goal to completely catch up with all of the new-canon Star Wars novels in time for release of Episode IX. But in retrospect, I think that is actually going to work out just fine. Now that the future of Star Wars cinema has reached uncharted territory, the books are the next best place to turn to for those seeking adventures in a galaxy far, far away.

For this review, I decided to change things up just a bit and step away from the The Last Jedi tie-in books to focus on a companion novel of a different sort. I’m referring to Inferno Squad, the official prequel to the game Star Wars: Battlefront II. Now, let me preface this by saying I have never played Battlefront II. I own the game, but I’ve been far too busy with other titles to actually sit down and give this one a spin. And after reading this book, I’m sort of glad I haven’t. This book provided a perfect introduction to the characters from that game in advance. In fact, having read this, I feel like I’m actually going to get more out of the game now than I would have if I had gone in completely blind.

Inferno Squad is the story of a special group of Imperials who go undercover and invade the ranks of The Dreamers – one of the Rebel Partisan sects. The events of the novel take place shortly after the destruction of the first Death Star and focuses on the character of Iden Versio – an Imperial officer who masquerades as a rebel sympathizer in hopes of infiltrating and disrupting the rebel cell. It’s written by Christie Golden, one of the finest authors the new canon has seen yet. To date, there isn’t a Star Wars book penned by her that hasn’t just blown me away. This book is certainly no exception.

The story is very well written and the characters introduced are both well developed and interesting. It’s no secret that I was not a big fan of the first Battlefront tie-in novel, but this book more than makes up for it. In fact, the character of Iden Versio and her father are, at least in my opinion, some of the best original characters introduced into the canon thus far. This book has actually motivated me to put in my copy of Battlefront II just to see where their story goes from here.

But, even if you’re not a gamer, this novel is worth a read.

Story: Very well written, engaging, and fits into the existing Star Wars lore perfectly. Not the typical shoe-horn experience you might expect from a game tie-in novel.

Recommended: For all Star Wars fans. Even though this book was meant to compliment the Battlefront II game, it’s actually very approachable for any Star Wars fanatic. I found it to be a very good read. Highly recommended.