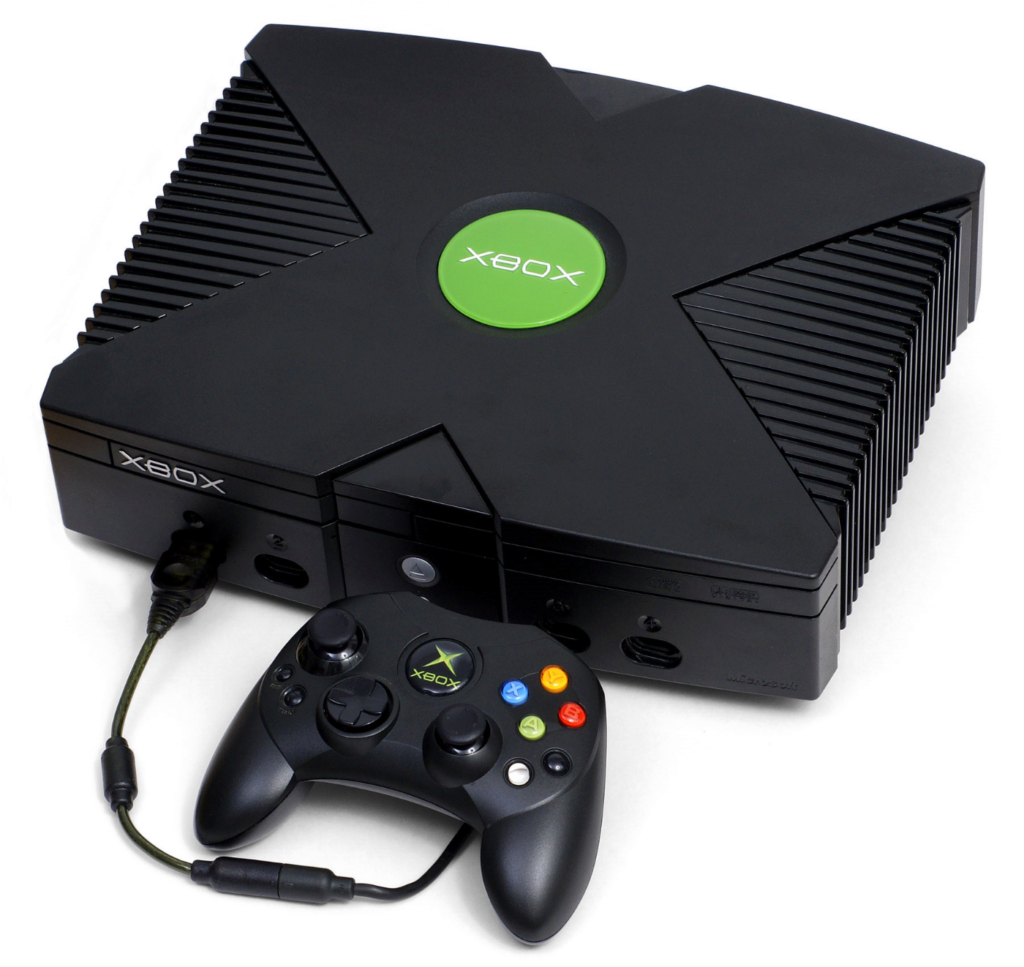 By the turn of the century, video games were an established industry. Atari was the first company to really capitalize on the craze by bringing video gaming into the home. But it was Nintendo that turned the game console into a living room standard. Over the course of the next two decades a number of competitors appeared on the scene. Some fared better than others. But as the calendar flipped over into the 2000’s, Nintendo was left with only one serious contender; Sony. For many (myself included), it seemed like Sony vs. Nintendo was the way things were going to be for the foreseeable future. Sony had just launched the Playstation 2 console and Nintendo’s new GameCube was on the way. Then one day, the unexpected happened. Microsoft announced they would be entering the game console market.

Now, it’s important to remember that at this day and age, Microsoft was one of the most powerful corporations in the world. Since the 80’s Microsoft had been a leading technology company. The internet was moving into the mainstream. And as a result, more and more people were purchasing computers and getting online. Sales of Windows for both consumers and businesses was at an all time high. This resulted in soaring profits for Microsoft.

On the PC front, Microsoft knew gaming. Their DirectX protocol had been impacting PC gaming for years. Since PCs were made up of all sorts of components, Microsoft had plenty of experience tweaking their software to work with an endless slew of drivers and hardware configurations. And with the rise of online gaming, they were one of the first companies to really wrap their heads around the model.

By 2000, online gaming was nothing new. But the console industry was just starting to take notice. Sony was working on a network adapter for the PS2, and Nintendo had plans to do the same. Until now, online gaming had largely been reserved for PC users only. This was something Microsoft knew all about. So, it only made sense for them to perk up their ears at all the chatter and consider dipping their toe into the water.

When the announcement first hit the scene, no one really knew just what to expect. But all that changed the day Bill Gates and (oddly enough) The Rock appeared on stage to pull the curtains and unveil the Xbox. (Yes, the “X” in Xbox is a throwback to the DirectX gaming API that had been present in Windows.) The Xbox was a console unlike anyone had ever seen before. In truth, it was essentially a computer stuffed into a fancy rectangle. It featured PC components and (the most revolutionary part) a built-in hard disk. All of this made for a rather expensive console. In fact, in order to remain competitive, Microsoft was forced to sell the console at a loss.

A year after the release of the Xbox, Microsoft announced the Xbox Live service. This service was designed to take full advantage of the console’s online networking features. Xbox Live was described as a subscription-based service that allowed players to network together for multiplayer games. For the first time ever, home console users could play together without having to be in the same room. Of course, this functionality had to be baked into the game itself in order for it to function. Xbox Live also enabled game developers to deliver content updates and patches directly to players over the internet.

The controller for the console was a beast. It was a massive hunk of plastic that featured two analog sticks, a pressure-sensitive D-pad, two triggers,six buttons, and two small function buttons. Players were happy with plethora of controls at their fingertips. But the size of the controller was not very ergonomically sound. Eventually, the controller was designed and replaced with a much thinner and lighter version.

Like PS2 and GameCube, the Xbox had a basic software menu called “the dashboard”. This software allows users to adjust network settings, view HD storage, and set up audio and video preferences.

On a personal note, I never owned the original Xbox. But I did spend a lot of time using one. A close friend of mine was a fanatic for the console and would invite me over to play Halo via local multiplayer. I remember being impressed with the graphical power of the unit. But at the time I couldn’t see a good reason to drop $300.00 for the console when I had a PC that was just as powerful. Sure there were exclusive games, but none of them were enticing enough to win me over.

Even thought I was not personally sold on the console, by end of its five-year run, the original Xbox had become a record-breaking success. However, despite its popularity, the Xbox ended up costing Microsoft nearly four billion dollars in lost revenue. At first glance, this may make the Xbox look like a failure. But in reality, it was successful in introducing players to both an online gaming experience and the concept of a pay-based subscription model. This would lay the foundation for Microsoft’s next console. Which would more than made up for any losses Microsoft might have incurred with first stab at console gaming.