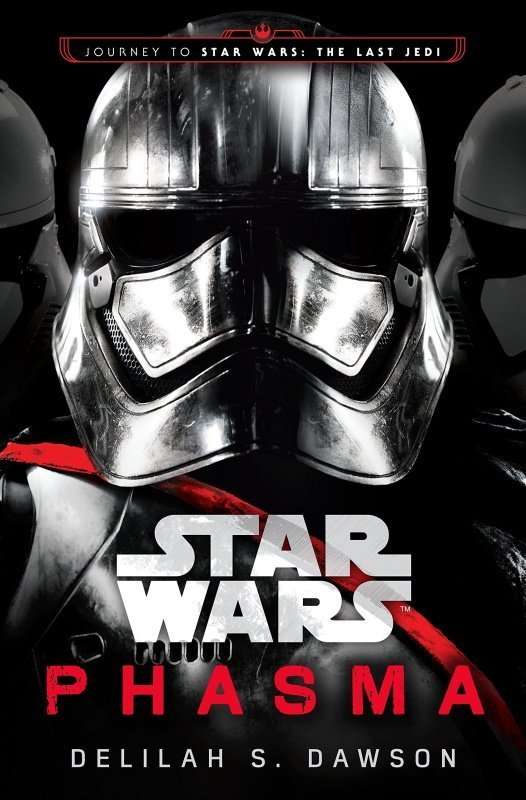 A few months ago, I promised to deliver more reviews on Star Wars novels. Of course, before sharing my thoughts on a book, I make sure to read the entire story from start to finish. Sadly, I don’t get as much reading time as I’d like these days. But, I try make it a point to knock out at least a few chapters every night. Recently, I finished the last novel published under the “Journey to Star Wars: The Last Jedi” banner. Of course, I’m talking about Phasma.

Released a few months before The Last Jedi, Phasma details the origin story for none other than Captain Phasma herself. Originally introduced in The Force Awakens, very little is revealed about the character in the films. This has left fans with a number of questions; Where did she come from? How did she rise to power? What is the significance of her chrome armor?  –  Now, thanks to this book, we finally have our answers.

I wasn’t really sure what to expect when I first started this novel. I guess I had assumed that Phasma was just another officer in the First Order, like all the others. But nothing could be further from the truth. As it turns out, Phasma grew up in a tribal culture on a dying world. The books tells the story of Phasma’s harsh upbringing and the daily fight for survival on her homeworld. One day, when a First Order ship makes an emergency landing near her homeland, Phasma realizes there more to life than the desolate wasteland she’s always known.

The story itself is actually presented in a unique manner. Phasma’s origins are actually relayed by a resistance spy to her First Order captor, Captain Cardinal. Cardinal is both Phasma’s fellow officer and long time rival. After having a long-held suspicion of Phasma’s loyalty, Cardinal is eager to jump on any information he can get on her origins and true intentions.

Despite its odd presentation, the tale itself is masterfully told. It unfolds at a good pace and introduces a number of interesting characters. A lot of background info on the First Order’s Storm Trooper program is provided in the pages of this book. Ever since The Force Awakens came out, many fans have wondered about the specifics behind the training and grooming of this new breed of troopers. This book not only provides the answers, but also explains Phasma’s involvement.

For fans of the sequel trilogy, this book will provide a lot of great background info and answer a number of burning questions. But it’s also very specific in its scope. If you’re curious about Phasma, this is the book for you. But don’t expect much else. There’s no juicy details about Kylo Ren, Snoke, or other larger mysteries surrounding the First Order. You have been warned.

Story: Well written, interesting, and presented in a unique way. I was very surprised to see that Phasma had such a unique background. There’s much more depth to this character than originally expected. The downside to this is that now knowing a bit more about the character, it only makes her sudden death in The Last Jedi even more anti-climatic.

Recommended: For fans of the sequel trilogy. Phasma is a solid book, but I don’t feel like it would appeal to general audiences. It’s very much aimed at fans of the new films.